Mother is outraged after Boots sold her daughter ‘foreplay’ eyeshadow 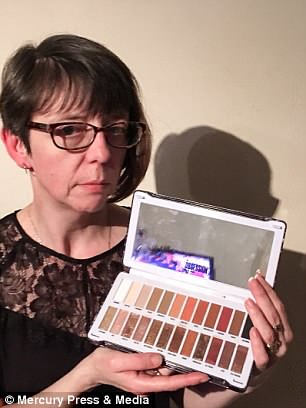 Angela Fitzsimons, 46, was furious when she saw the names given to the make-up her teenager daughter brought

Angela Fitzsimons, 46, challenged the store over the glitzy eye palette with sexually explicit and offensive names.

The high street retailer has admitted its fault and stopped all sales of the product.

The mother from Leicestershire was gobsmacked when she opened the £12 Obsession Obsessive Eyes makeup palette her 17-year-old daughter Grace Fitzsimons came home with, last week.

The shades – 24 in total – were named outrageously, with sexually-charged titles including ‘safeword’ and ‘sugar daddy’ and ‘wasted’.

Other shades were named ‘full package’ and ‘dealer’. 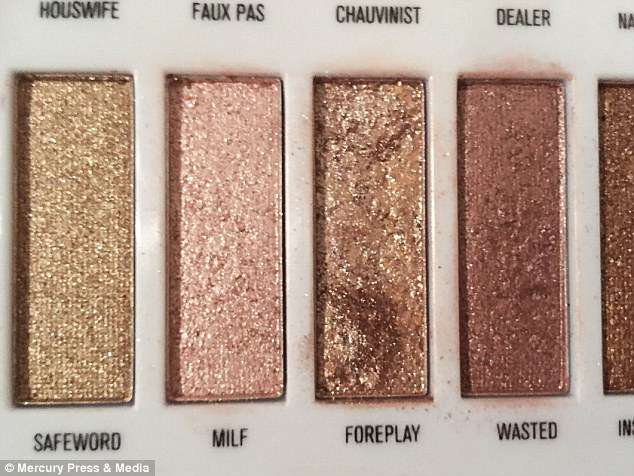 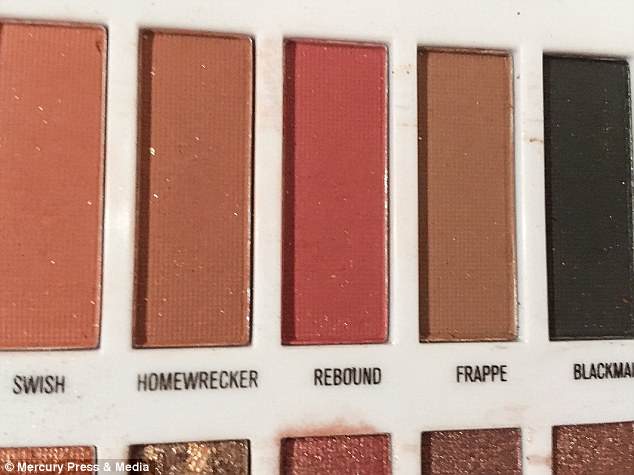 The eyeshadow shades are titled with sexually-charged names. Above shades of swish, homewrecker, rebound, frappe and blackmail 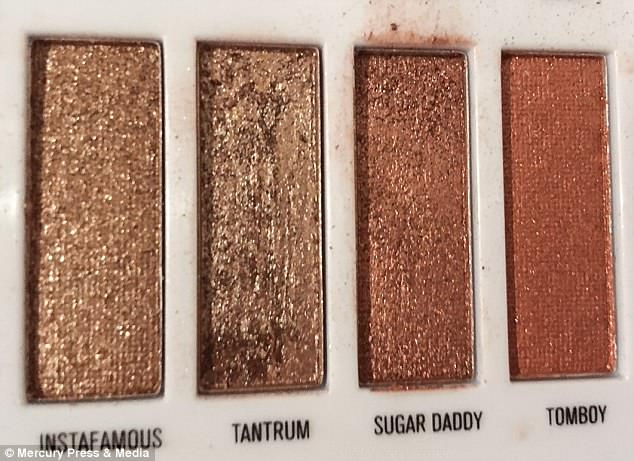 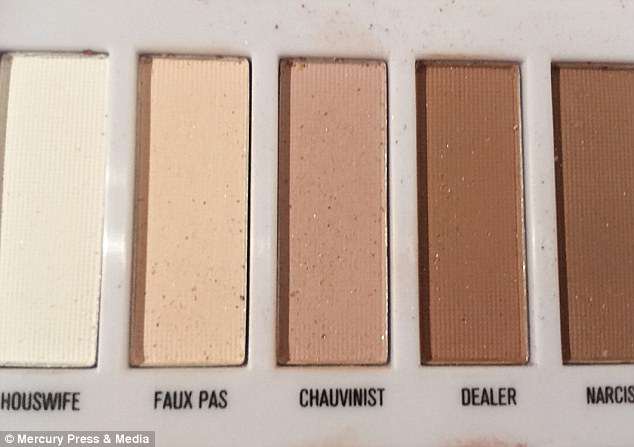 Now the beauty retailer has admitted it got it wrong and promised to remove the product – which is sold in Boots stores and on the Revolution website.

Angela, of Shepshed, Leicestershire, said: ‘Grace had been out with her friends and she brought home this palette which she bought with some birthday vouchers.

‘With a palette priced at £12 it’s not just people my daughter’s age who will be buying this, it’s younger girls.

‘I complained to Boots and they replied that it was not marketed at children but I don’t think that makes a difference.

‘At that price you will get children aged 12, 13, and 14 buying it. Even if they don’t buy it they will be seeing these words.’ 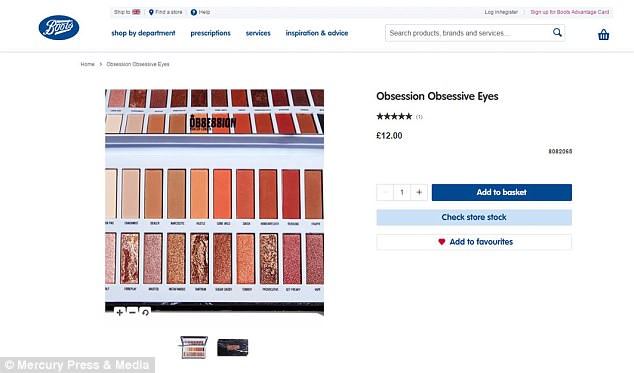 Carer Angela, who also has a 19-year-old daughter Rose Fitzsimons, said the company that makes the Obsession range also makes the Revolution range which sells similar palettes in other stores.

Angela said: ‘They do not have any names let alone revolting ones.

‘I’m not sure why they’ve done it. I think they’re trying to copy other brands that also give their products grim names but these are more expensive so are more likely to be bought by adults.

‘It’s completely unnecessary. It’s gratuitous and crude. I think they did it for the shock value.

‘I thought ‘foreplay. What on earth?’. I said to my friend half in jest can you imagine a couple of 13 year olds saying ‘I’m wearing foreplay with a touch of home wrecker today?’

‘It’s over-sexualising children and is completely demeaning.. It’s makeup and it’s there to make you feel better about yourself but it’s like it’s saying you should be proud to be a homewrecker or a dealer.

‘It sends out the wrong message and it normalises these words for teens. It’s provocative for the sake of being provocative.

‘I put it on social media and people were saying it’s the sort of thing their 12 year olds would be picking up and I’ve friends who are teachers who said 11, 12 and 13 year olds would buy it.

‘I think I was shocked that they came from Boots because you think of them as a quality retailer and a name you can trust.’ 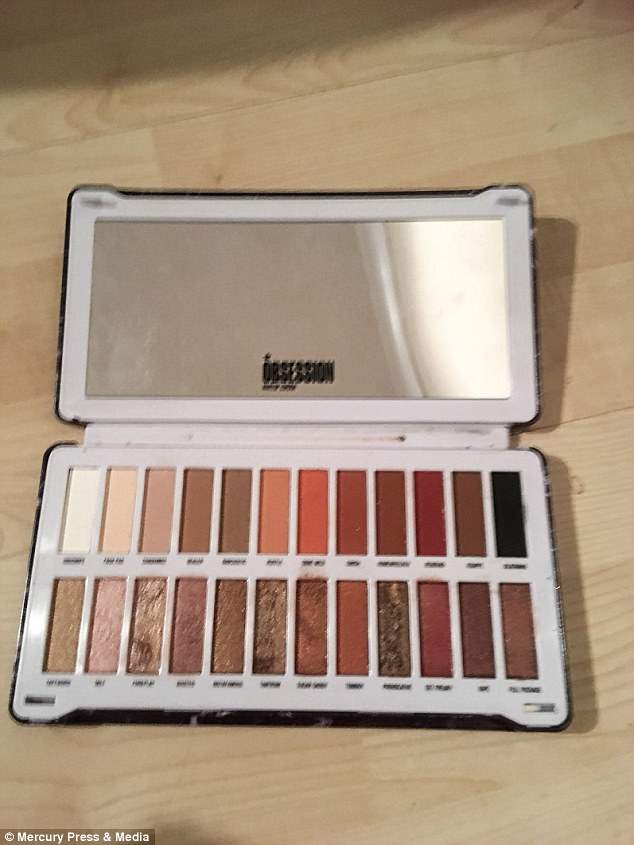 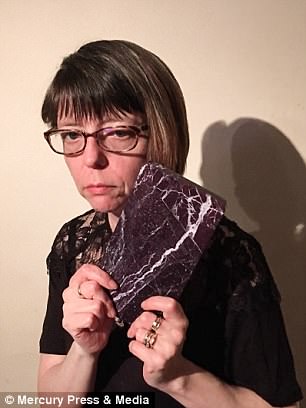 Angela Fitzsimons said the make-up is ‘over sexualised’

A spokeswoman for Obsession issued a comment through Boots, confirming that the product will be removed from stores and online ‘with immediate effect’.

She said: ‘Obsession is a new brand. While we were experimenting with our personality, we know we haven’t always got things quite right and some of our shade names need work.

‘This is something we’re addressing and fixing as a priority as new products launch and we will not repeat these shades names, or genre of shade names, in future.

‘However, we also want to act now. We are committed to listening to our customers and reacting to feedback at speed.

‘This complaint has made us accelerate our plan and we will remove this product, Obsessive Eyes, from stores and online with immediate effect.’