Mother tells inquest of moment daughter was swept out to sea

Devastated mother, 32, tells inquest of horrific moment daughter, five, drowned after ‘freak 8ft wave’ swept her out to sea as the family walked along the beach 15ft from the water

A mother told how she watched helplessly as her five-year-old daughter was swept to her death by a freak wave during a family trip to the seaside.

Sofia Carter, from Salisbury, Wiltshire had been walking along a beach with daughters Rose and Juliet when the 8ft wave crashed onto them without warning.

They were 15ft back from the water at the Durdle Door beauty spot in Dorset on April 18 when she and Rose were knocked off their feet.

She was able to stand up, but Rose was dragged out and was about 30ft out to sea. 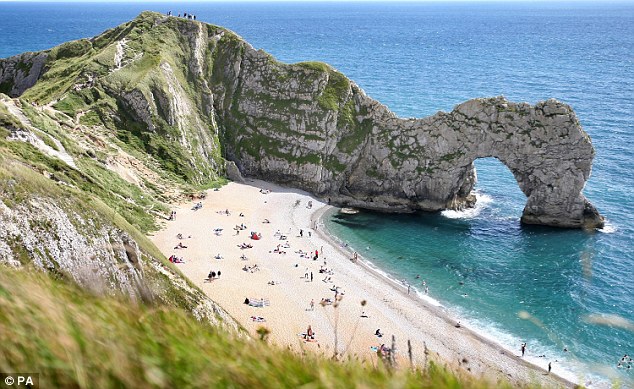 Mrs Carter, 32, said in a statement that she had taken the girls to the popular beauty spot, which the family visited often, for the day while her husband Martin was at work.

She said: ‘The waves were rough so we stayed close to the beach. I did not think it was dangerous.

‘My eldest daughter was in front of me and Rose was about three metres behind me.

‘I saw a really big wave which went over her head and knocked her off her feet.

‘I was pulled under the water two or three times and when I stood up I could no longer see Rose. 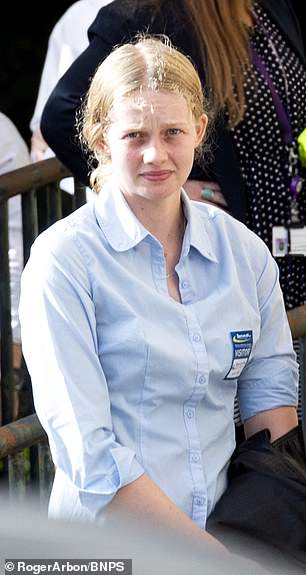 Lucy Seviour, left, a former triathlete, told the inquest of how she got 2ft from reaching Rose but was beaten back by another wave. Rose’s grandmother Jen Carter said after the hearing: ‘From the evidence I think it was exactly that, a tragic accident’

‘A man pulled me out and I could then see Rose was beyond the breaking waves.’

She said her daughter could could swim using doggy paddle and had swum in lakes before.

Mrs Carter screamed for help and a woman climber who was stood further back on the beach but was also drenched by the same wave raced into the water.

Lucy Seviour, a former triathlete, told an inquest of how she got 2ft from reaching Rose but was beaten back by another wave.

Miss Seviour said: ‘I could see Rose had been knocked flat by the wave and was already halfway down the beach in about a second.

‘I went in the water to see if I could get her out. 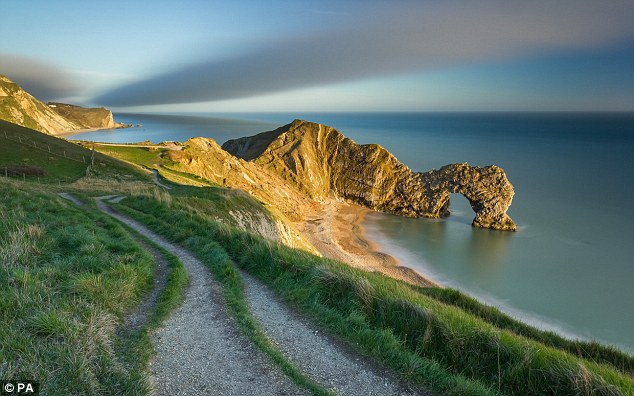 Mrs Carter, said in a statement that she had taken the girls to the popular beauty spot (pictured) which the family visited often, for the day while her husband Martin was at work

‘I used to swim a lot as a triathlete and I made it through the first couple of waves but I think it was the third wave that hit me.

‘I couldn’t see anything at all. Then I could see Rose for maybe half a second, she was about half a metre away.

‘I tried to get her mum away from the water but it’s her kid so she went straight back in.’

Mrs Carter and her other daughter Juliet were led away from the beach while an MoD boat that was in the area pulled Rose from the water a few minutes later.

Despite desperate efforts to resuscitate her by a lifeboat crew and ambulance paramedics she later died in hospital.

Miss Seviour apologised to Rose’s grieving family for not being able to save the youngster during the inquest in Bournemouth.

She said that she didn’t think the beach was unsafe at the time.

She said: ‘It was quite rough but the tide was going out.

‘The normal surf was about 10 or 12 metres back from the cliff and the big waves came in to maybe eight or nine metres.

‘I was facing the cliff but on the beach getting some gunk off my shoe when a really big wave hit me from behind.

‘It came up to just below my knees and knocked me. There was still a lot of power in the wave by the time it reached me.

‘It was at least eight metres further than any other wave.

‘I was thinking we should get off the beach then someone started screaming.

‘I had seen the mum and thought maybe the wave had scared her because it was pretty powerful.’

She said the waves were so powerful that she later discovered she had suffered a broken rib in the incident.

Brendan Allen, the assistant coroner for Dorset, recorded a verdict of accidental death.

Mr Allen said: ‘The sea was choppy on that day but choppy in a predictable way.

‘It wasn’t making its way right up the beach.

‘Tragically as Rose and her family were walking along the this freak wave crashed up the beach and swept Rose off her feet.

‘Significantly even further up the beach it knocked Miss Seviour too, demonstrating the strength of that wave.

‘It’s not something that could have been foreseen. It’s a tragedy this has happened.’

Mrs Carter and her 33-year-old husband, a marketing manager and former Royal Navy medic, home-schooled their daughters at their home in Salisbury.

Grandmother Jen Carter said: ‘From the evidence I think it was exactly that, a tragic accident.’