British mother whose son hanged himself in Prague was forced to investigate his death herself after police in Czech Republic ignored requests for information, inquest hears 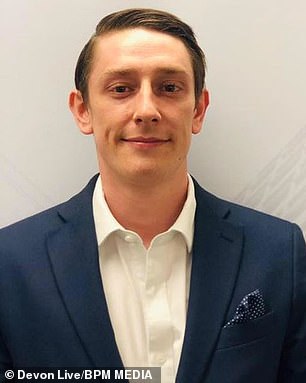 George William Johnston (pictured above), 27, from Totnes, Devon, died in Prague, where he lived, on April 6 last year

A mother whose son hanged himself in Prague was forced to investigate his death herself after police in the Czech Republic ignored requests for information, an inquest has heard.

George William Johnston, 27, from Totnes, Devon, died in Prague, where he lived, on April 6 last year.

Plymouth Coroner’s Court heard how his mother, Paula Johnston, flew to the Czech capital to try to piece together what happened after police ignored her requests for information three times.

Mr Johnston had been working in Prague as a project team leader which involved conference and event organising in places such as Berlin and Budapest.

The only evidence received from Czech officials was that Mr Johnston had died at his home address and the cause of death had been confirmed as hanging.

His body was then repatriated back to the UK for family and friends to hold a fitting celebration of his life.

Ms Johnston told the inquest she had contacted the Czech authorities three times to obtain the relevant paperwork from the officer in charge of the case but received no response.

The Plymouth coroner’s officer said in a statement that he had since been told the file had been shut and they could do nothing further.

It was agreed, at the family’s request, that the inquest would proceed with the ‘very limited’ information provided to the coroner.

The main evidence heard during yesterday’s hearing was what Ms Johnston had uncovered after flying to Prague herself.

During her stay, which lasted about a week, Ms Johnston said in a statement how she had spoken to lots of different people to build up a picture of the events prior to her son’s death. 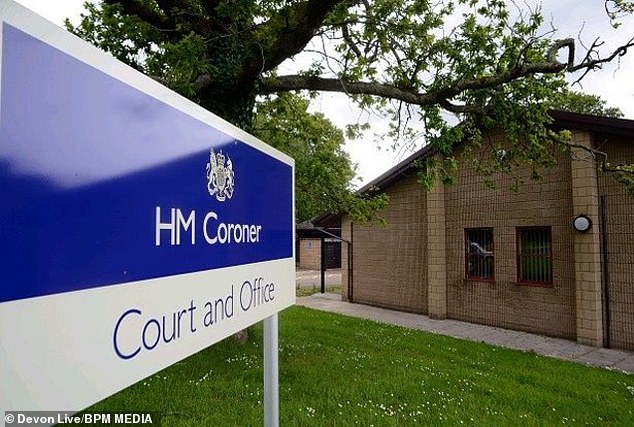 Plymouth Coroner’s Court, above, heard how Paula Johnston flew to the Czech capital to try to piece together what happened after police ignored her requests for information three times

The inquest heard that shortly before his death, Mr Johnston had fallen out with his girlfriend after losing some money which he had withdrawn from a cash machine to fund a flight home for her to see her sister, who was about to have a baby.

Ms Johnston said: ‘George was notorious for forgetting and losing things. He was always in a rush and always had 20 things on the go at the same time.’

One of Mr Johnston’s work colleagues told the mother that the argument caused her son to turn to drink and drugs, and that his boss had put him in a taxi home.

It was heard how Mr Johnston had previously stopped drinking alcohol after acknowledging he had a bad relationship with it.

Ms Johnston said she spoke to him the next morning and he told how his girlfriend had stayed out all night, and asked his mother to look at flights back to the UK.

During their call, Ms Johnston said her son’s girlfriend returned to collect a change of clothes and an argument broke out so he ended their conversation.

The inquest heard that Mr Johnston threatened to kill himself if his girlfriend left.

Unbeknown to him, she had friends waiting for her downstairs so she walked out and did not return.

Ms Johnston said it was likely her son would have expected her to come back.

Referring to his threat to end his life, she said: ‘I believe it was George’s intention to scare her or stop her from leaving.’ 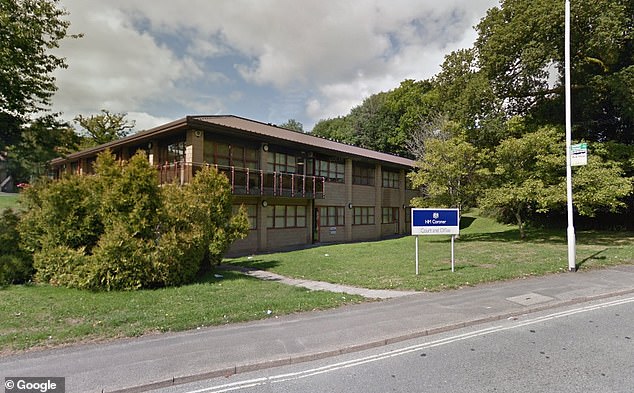 Recording an open conclusion, Ian Arrow said: ‘It is very difficult for me when I have no full report from the police from the scene or photographs’ (file photo of Plymouth Coroner’s Court)

She added his girlfriend had not believed he would see through his threat and had been struggling with guilt after his death that she had not returned.

It was only after his death that the missing money from the cashpoint, which had started the initial argument, was found in his bedroom.

Ms Johnston said: ‘An envelope of cash was found sticking out from under the bed. He must have dropped it when he bent down to unplug his phone.’

She told how her son loved his job and was full of ambition for the future in his career, describing him as a ‘natural salesman’.

Ms Johnston said: ‘We will never know what truly happened. My gut feeling is it was not his intention to take his own life. I believe his death was an accident rather than suicide.

‘He had not shown any signs of depression or had any other mental health issues. He had not been drinking regularly or taken drugs for some time.’

Recording an open conclusion, coroner Ian Arrow said: ‘It is very difficult for me when I have no full report from the police from the scene or photographs.

‘I can’t, on the balance of probability, be certain from the story given to me that George intended to take his own life.

‘I am recording an open conclusion because it is not clear how the hanging came about.’

For confidential support in the UK call the Samaritans on 116123, visit a local Samaritans branch or click here for details.

hanged, himsel, mother, son, whose
You may also like:

Attacks on NYC subway workers climb despite dip in ridership

Troops should be high priority for Covid vaccine to 'protect those protecting us', says MP