This is the terrifying moment a motorcyclist crashed into a car at almost 180 miles per hour.

The bike, which was covering a staggering three miles every minute, was filmed on a highway outside the Lithuanian capital Vilnius.

The rider had a camera attached to his helmet which showed the speedometer rising to 280km/h – which works out at 170 miles per hour. 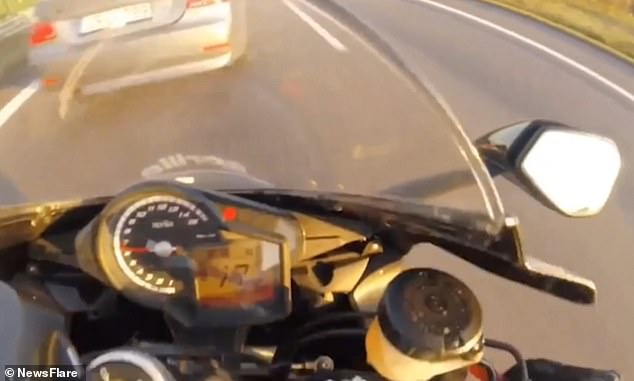 Moments later the bike ploughs into the back of a car and the rider is sent flying across the tarmac. 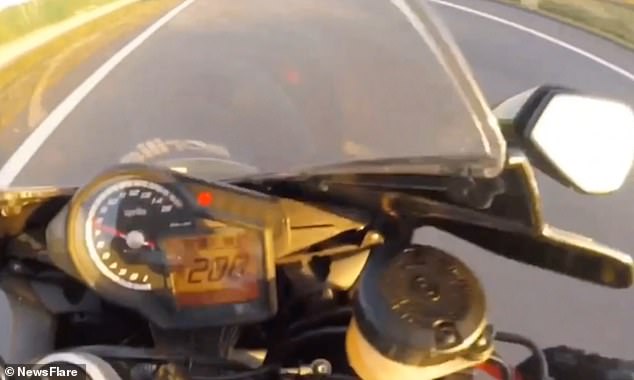 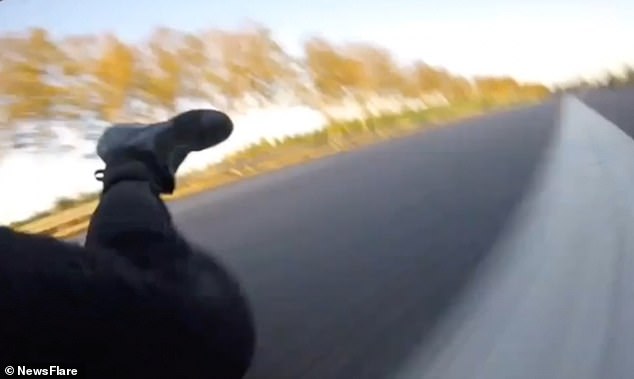 Because of the extreme speed, the motorist did not see the rapidly approaching motorcyclist and pulled out in front of him after changing lanes.

The incident happened on the road between Klaipeda and Kanus in late September.

Despite the impact, the motorcyclist was able to walk away from the crash with just cuts and bruises.

BMW, hits, Motorbike, pulls, Which
You may also like: