EXCLUSIVE: Ministry of Defence under fire over ‘scandal’ of 1,300 empty military homes that could be used for Ukrainian refugees who face being left homeless when six-month placements end

Defence chiefs have today come under fire for leaving 1,350 military homes ’empty for years’ amid urgent calls for them to be used by Ukrainian refugees.

The Ministry of Defence (MoD) has a vast stock of properties – worth tens of millions of pounds – dotted across rural communities in Wiltshire.

However, top brass have been accused of ‘doing absolutely nothing’ with them despite repeated calls for action from local leaders.

Now, Danny Kruger, Tory MP for Devizes, has launched a scathing attack on the MoD, branding the huge number of unoccupied homes a ‘scandal’.

The MP’s comments come as the leader of Wiltshire Council warned the county was on the ‘edge of a housing crisis’ and in urgent need of properties for hundreds of Ukrainian families.

Speaking to MailOnline, Mr Kruger said: ‘The number of empty MoD houses in Wiltshire is a scandal – at a time of tight defence budgets, a chronic shortage of affordable homes for families, and a refugee crisis prompted by Putin’s war. 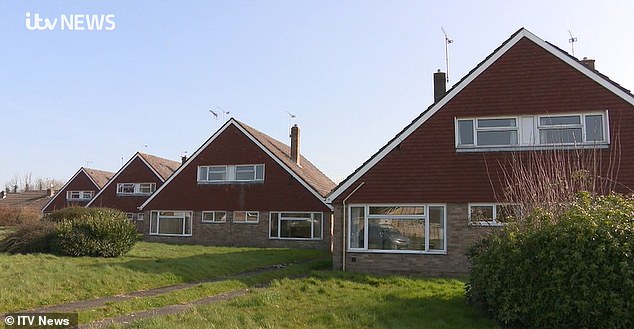 More than 1,300 homes owned by the MoD remain empty in Wiltshire, like the ones pictured above, in a move an MP has branded a ‘scandal’ 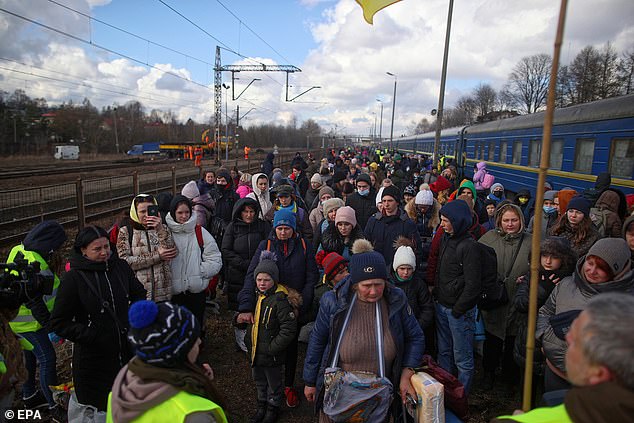 Civic leaders have called on the MoD to lease the empty homes to Wiltshire Council so they can be used for Ukrainian refugees. Pictured are Ukrainian families arriving in Poland on February 28 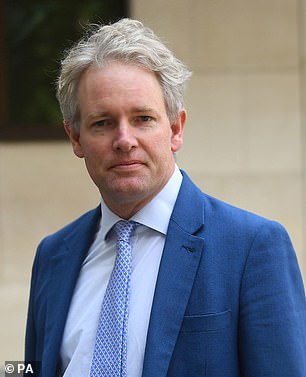 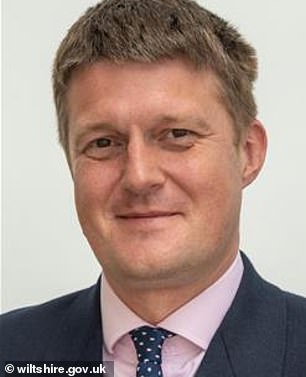 Danny Kruger, MP for Devizes, (pictured left) branded the number of empty military houses ‘a scandal’. While Councillor Richard Clewer, leader of Wiltshire Council, said his region was now on the cusp of a housing ‘crisis’

‘I recognise the Army needs some spare housing for families who have to move at short notice, but this is a failure of management – thousands of these homes should be made available for Wiltshire families or refugees.’

Councillor Richard Clewer, Conservative leader of Wiltshire Council, said it was a ‘disgrace’ the MoD had not freed up the 1,300 home despite repeated pleas for local leaders.

Now Cllr Clewer fears some 360 Ukrainian families – currently supported in Wiltshire by the Homes for Ukraine scheme – could soon be left without a place to live amid a looming deadline.

But with this cut-off soon approaching, there is uncertainty over how many families will be able to continue living with their British hosts and how many will be left homeless.

‘I’m on the edge of a housing crisis now,’ Cllr Clewer told MailOnline. ‘I have 360 Ukrainian families that are likely to need to leave host families because they have agreed to a six-month deal.’

The council chief has been trying to ‘persuade’ the Infrastructure Organisation – a wing of the MoD – for months.

‘But they are doing absolutely nothing,’ he said. ‘I have properties that have been empty for at least five or seven years.

‘I think it’s a disgrace they have stayed empty this long. I could use them to house families that desperately need housing.’

Wiltshire is home to about a fifth of the Army’s soldiers. In recent years, a further 4,000 troops have arrived in the county as part of the MoD’s rebasing programme.

It followed the shutdown of long-standing deployments in Germany in 2020 – although the government U-turned on this at the end of last year, amid the growing threat posed by Russia.

The MoD has previously said some of the 1,350 empty homes in Wiltshire were ‘behind the wire’ on bases and were needed for military families.