MPs are demanding a ‘fast fashion’ tax on retailers such as Boohoo and ASOS to help deal with waste generated by the industry thanks to a throwaway clothes culture.

The charge would amount to 1p per item and would fund the collection and recycling of the £140million worth of clothes discarded by Britons every year.

Politicians also want schools to teach children how to make and repair garments in a return to the ‘make do and mend’ approach from the Second World War. 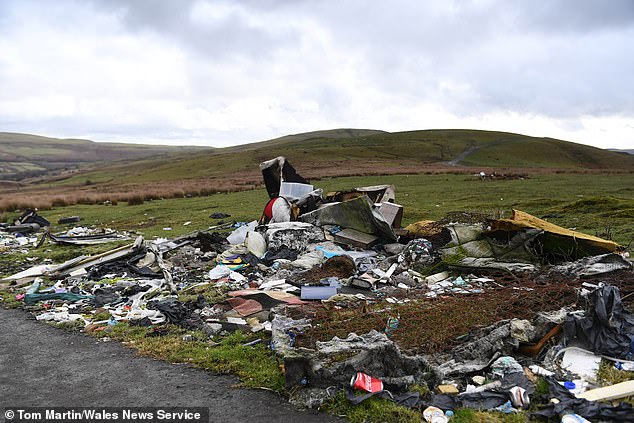 They hope lessons on designing and fixing clothes would help encourage children to keep wearing old clothes and help anxious teenagers be creative.

The MPs across all parties on the Environmental Audit Committee (EAC) told how they want pupils to be ‘taught the joy’ of how to repair their own clothes.

The report says: ‘We recommend that lessons on designing, creating, mending and repairing clothes be included in schools at Key Stage 2 and 3.

‘The creative satisfaction of designing and repairing clothing can offer an antidote to the growing anxiety and mental health issues among teenagers.’ 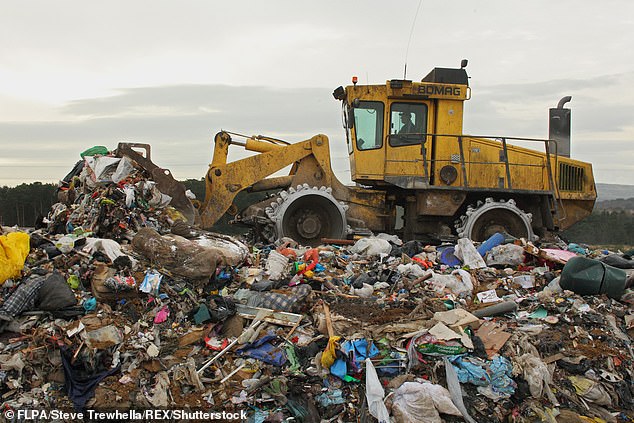 Experts estimate the levy could raise £35million a year towards the cost of dealing with this vast mountain of fast fashion waste thanks to throwaway clothes. 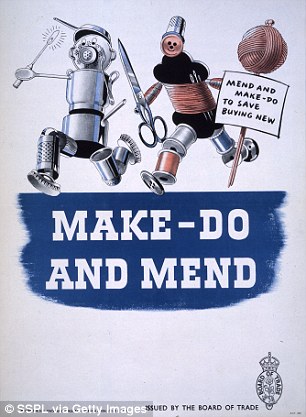 The MPs say the tax system should be reformed to reward companies offering clothing repairs and using sustainable materials such as wool.

Britons buy around 1.1million tons of new clothing each year – equating to 26.7kg per person – in a fast fashion culture fuelled by online retails such as Boohoo and ASOS, which sell dresses for as little as £5.

Around 430,000 tons is thrown in household bins, most of which goes to landfill, while many fast fashion items – from socks to dresses – are made from plastic and shed billions of polluting particles into sewers, rivers and seas when washed.

The Daily Mail has led the way in highlighting the scourge of global plastic pollution with its Turn The Tide On Plastic campaign and next month’s Great British Spring Clean, which has already recruited 95,989 volunteers to help clean up Britain in a nationwide litter-pick. 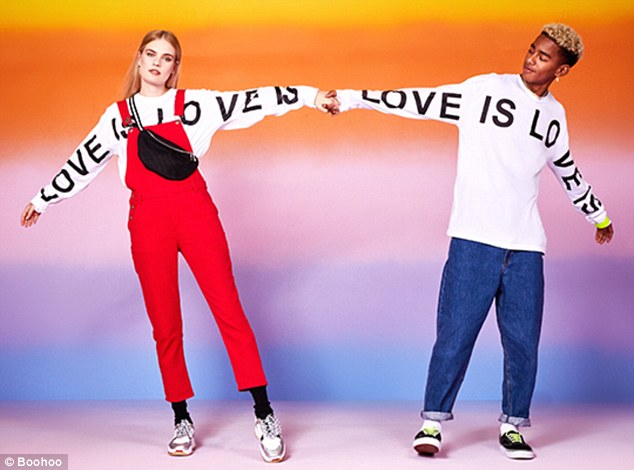 Boohoo did not comment on the idea of a fashion tax, but said it supports recycling. A publicity photo for its clothing is pictured 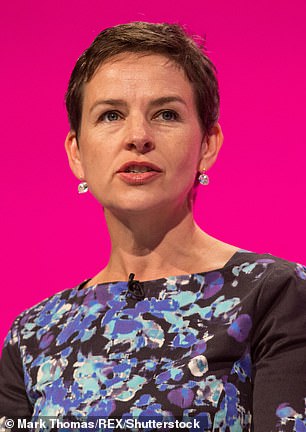 Labour MP Mary Creagh, who chairs the Environmental Audit Committee, is demanding a 1p tax on each item of clothing

‘Our insatiable appetite for clothes comes with a huge social and environmental price tag. Carbon emissions, water use, chemical and plastic pollution are all destroying our environment.’

Just this week, ministers announced a consultation on a scheme that would hit companies using packaging that is difficult to reuse or recycl with fees under what is called the Extended Producer Responsibility (EPR) system.

Miss Creagh said this same principle should be applied to clothing, adding: ‘Fashion retailers must take responsibility for the clothes they produce.’

Boohoo did not comment on the idea of a fashion tax, but said it supports recycling. A spokesman said: ‘We continue to consider how best we can ensure our businesses operate in a way that promotes the sustainability of fashion.’

Alan Wheeler, of the Textile Recycling Association, backed the levy, saying: ‘By putting a levy of 1p on each garment sold in the UK, we could raise £35million annually, which could fund much-needed research and development projects.’