A top music and arts venue named after a controversial slave trader has been officially renamed.

The venue, previously named the Colston Hall, is to be rebranded as the Bristol Beacon, after a statue of 18th century merchant Edward Colston was toppled.

It was announced in April 2017 that the hall would be ditching its ‘toxic’ name, and a ceremony was held on Wednesday 23 to reveal the rebranding. 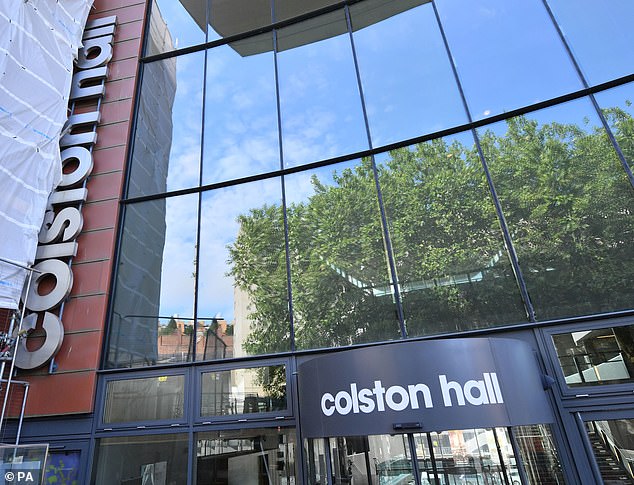 The venue, previously named the Colston Hall (pictured), is to be rebranded as the Bristol Beacon after it was announced in April 2017 that the hall would be ditching its ‘toxic’ name

Bosses have always maintained that the attraction in Bristol gets its name from the street it sits on in the city, rather than the man himself.

The city made headlines when a statue of the slave trader was toppled during Black Lives Matter protests in June.

But the decision to remove Colston from the venue was taken well before the monument came down.

The Colston Hall was opened in 1867, and has hosted some of music’s biggest stars. 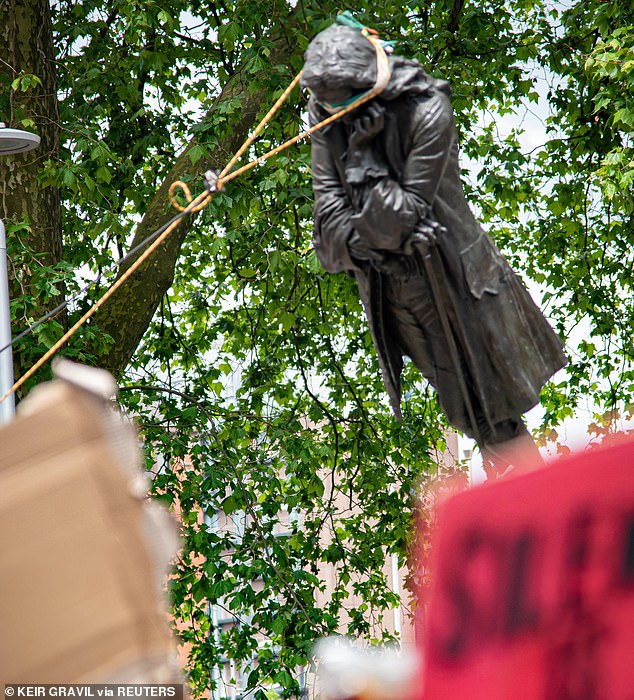 It was founded more than 150 years ago when Colston died and received no money from him or his estate – but still found itself associated with the slave trader.

The new name was originally supposed to be announced in May following a £50 million refurbishment.

But the discovery of structural problems and the outbreak of coronavirus meant the work was delayed.

Louise Mitchell, chief executive of the Bristol Music Trust, said she hoped the new name would celebrate the ‘unity and joy’ of live music. 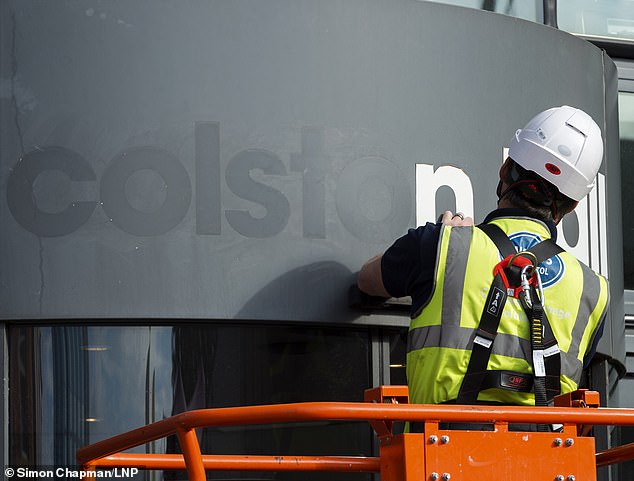 She said: ‘For us, our audiences, artists and for our city, this name change is a chance to be free to write our own inclusive narrative.’

Mayor of Bristol Marvin Rees also gave a speech, adding: ‘It is such a powerful building.’

Edward Colston’s influence was visible in many places across Bristol prior to the toppling of his statue.

But that event forced the city to reconsider its history – with officials now reassessing any links to the merchant. 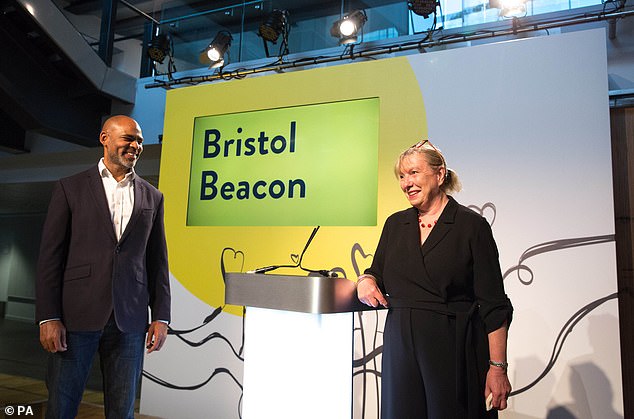 Mayor of Bristol Marvin Rees (left) and Louise Mitchell (right), chief executive of the Bristol Music Trust, at the announcement of the new name, Bristol Beacon

Edward Colston was integral in the Royal African Company, which had complete control of Britain’s slave trade

Edward Colston was born to a wealthy merchant family in Bristol, 1636.

After working as an apprentice at a livery company he began to explore the shipping industry and started up his own business.

He later joined the Royal African Company and rose up the ranks to Deputy Governor.

The Company had complete control of Britain’s slave trade, as well as its gold and Ivory business, with Africa and the forts on the coast of west Africa.

During his tenure at the Company his ships transported around 80,000 slaves from Africa to the Caribbean and America.

Colston’s brother Thomas supplied the glass beads that were used to buy the slaves.

Colston became the Conservative MP for Bristol in 1710 but stood only for one term, due to old age and ill health.

He used a lot of his wealth, accrued from his extensive slave trading, to build schools and almshouses in his home city.

A statue was erected in his honour as well as other buildings named after him, including Colston Hall.

However, after years of protests by campaigners and boycotts by artists the venue recently agreed to remove all reference of the trader.

On a statue commemorating Colston in Bristol, a plaque read: ‘Erected by citizens of Bristol as a memorial of one of the most virtuous and wise sons of their city.’

In the wake of the Black Lives Matter protests in 2020 sparked by the death of George Floyd in the US, the statue of Colston overlooking the harbour was torn down.

after, Edward., music, named, venue
You may also like: