Nancy Pelosi says Democrats will be strategic in their subpoena power

Nancy Pelosi has warned that Democrats will be ‘very strategic’ in wielding the use their subpoena power now that they have control of the House.

During an appearance on Face The Nation Sunday, Pelosi sought to reassure Republicans that they would be responsible with their newfound power.

Since winning back the House in the midterms, they will have the ability to start investigations through the House Ways and Means Committee to the House Oversight and Government Reform Committee once they officially take control of the House in January.

The House speaker told Face The Nation Sunday: ‘We are not scattershot. We are not doing any investigation for a political purpose, but to seek the truth. So I think a word that you could describe about how Democrats will go forward in this regard is we will be very strategic.’

Democrats will control the subject matter to be investigated, as well as the power to sign off on subpoenas, control hearing schedules and who is invited to testify. 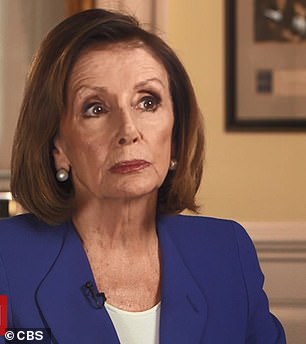 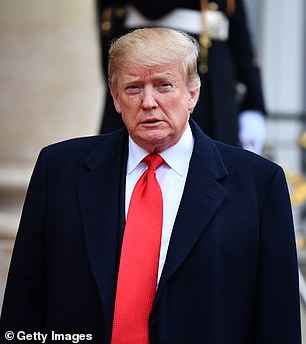 House Speaker Nancy Pelosi (left) says the Democrats will be strategic in using their subpoena power once they officially take control in January. Some Democrats have already suggested investigating Trump’s taxes, businesses and the firing of Attorney General Jeff Sessions

Pelosi retorted: ‘Well, if the Republicans would say that, they’re just projecting their own attitude toward investigations, which was very political.’

‘We are coming to do something that is very important for our country: a more open Congress with accountability to the public, with a, seeking bipartisanship where we can find it. Stand your ground where we can’t.’

Meanwhile Pelosi, who believes she will be re-elected as House Speaker, also took a shot at Trump for railing against the voter recount in the Arizona senate race, and the Florida congressional and gubernatorial races.

Trump claims there was voter fraud being committed particularly in Florida, coining the late tallies in one county ‘The Broward Effect.’

She said Trump is ‘just projecting what he might have done himself.’

When she was asked if she meant voter fraud, Pelosi expanded, ‘Well, obstruction, suppression of the vote. Those kinds of issues I think are wrong and not in honor of our sacred right to vote. So no, there is no election fraud. What there is is an honest count of the vote.’

democrats, Nancy, Pelosi, says, St
You may also like: