IN a moment of solidarity, National Guard soldiers enjoyed a Macarena dance-off with George Floyd protesters – 15 minutes before the 8pm curfew in Atlanta.

The heartwarming footage was shared on social media as peaceful demonstrators take to the streets of Georgia and other states to decry police brutality after Floyd's death. 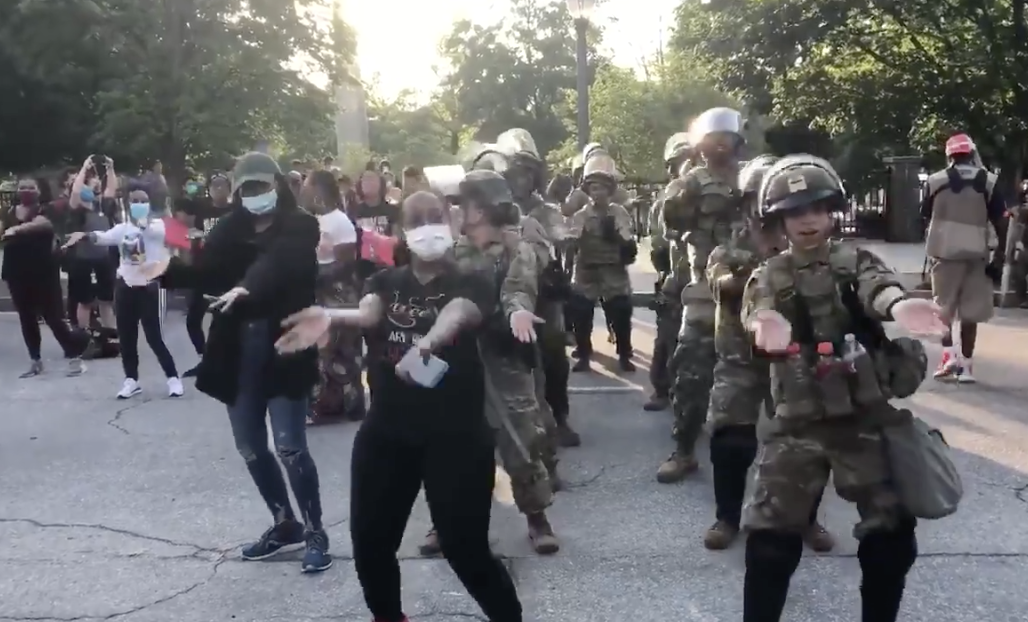 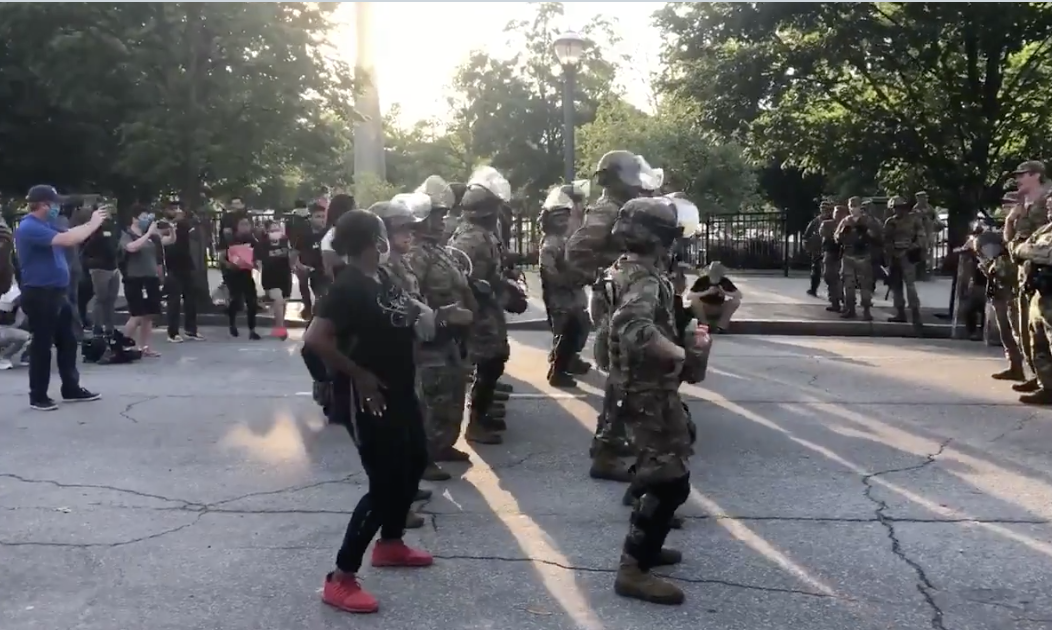 During WSB-TV's 37-second clip, uniformed guards wearing in helmets showed off their dance moves with several protesters at the Centennial Olympic Park.

The crowd quickly dispersed as the curfew at the park came into effect and the eighth day of protests in the Georgia capital concluded.

The time was pushed back one hour earlier than on previous days.

The last two days of protests in the city have ended without officers using tear gas to clear crowds at curfew, reported 11Alive. 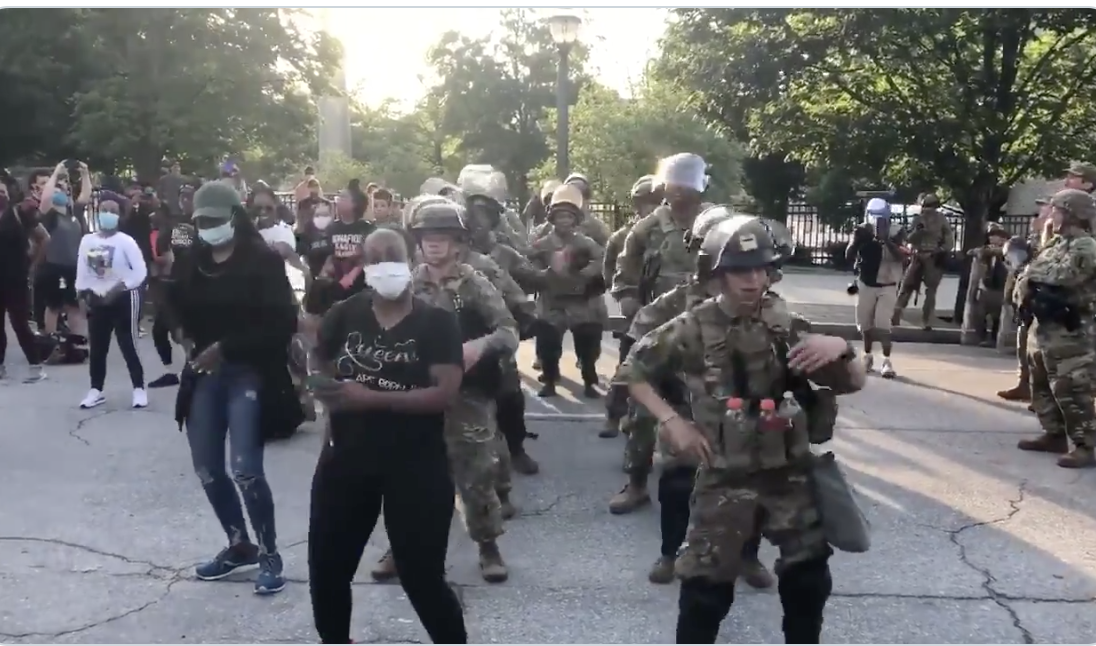 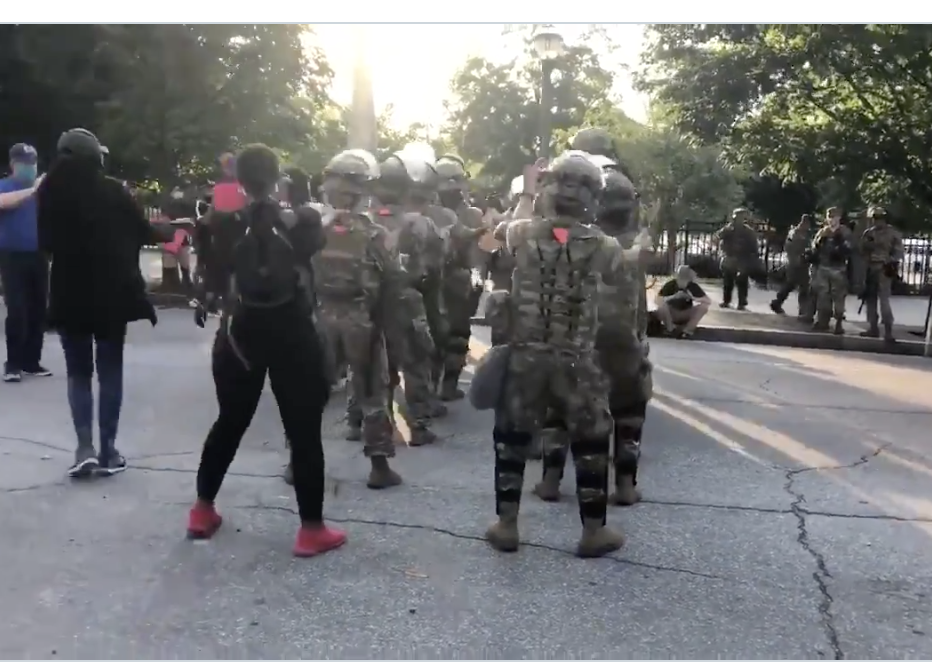 Atlanta Mayer Keisha Lance Bottoms tweeted that she "instructed our police department not to enforce the curfew as it relates to people exercising their right to vote" before Tuesday's primary.

Bottoms also encouraged people to get tested for COVID-19 if they attended a mass gathering, revealing that she took one on Friday.

"Grateful for the men and women across several agencies who are working day and night to ensure peaceful protests and compliance with the City of Atlanta’s curfew!" he wrote.

However, the dance-off was at odds with the wave violence that had swept the city last week.

Police Chief Erika Shields recalled that on May 29 a new element of extremism emerged, including throwing bricks, Molotov cocktails and knives at cops, reported AJC.

Officers experienced organized violence, which was separate violence from the peaceful protests, Shields told Atlanta City Council during a teleconference.

Our of roughly 500 arrests, around 35 percent are Atlanta residents but other people are coming in from the suburbs and outside the city, while 12 percent were not even from Georgia. 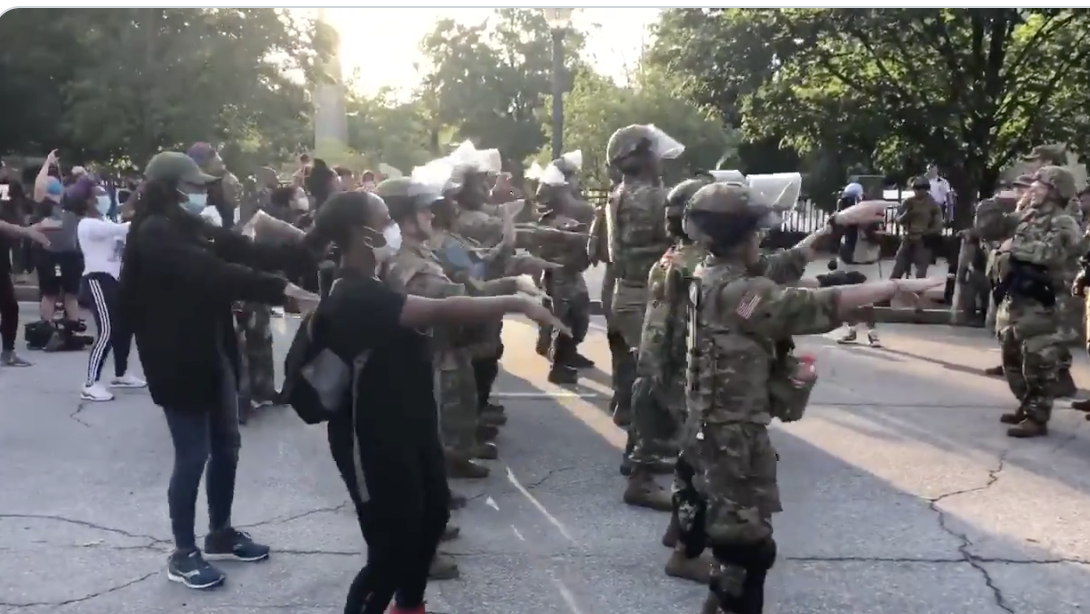 guard, join, national, P, Soldiers
You may also like: