Rick Stein’s exclusive seafood restaurant has been plunged into crisis after a diner tested positive to COVID-19.

Customers who ate at Rick Stein’s at Bannisters in Mollymook, New South Wales, on August 1 between 8pm and 10.20pm are urged to get tested for coronavirus immediately.

They are considered close contacts of the infected diner, meaning authorities are very concerned they may develop the virus.

‘Anyone who was at the restaurant on this night for at least one hour is considered a close contact and must get tested for COVID-19 right away,’ a statement from NSW Health read.

‘They must self-isolate until midnight tonight or until they have received a negative result, whichever is later.’

NSW Health said the new case at Bannisters was one of nine new cases of the virus in the state overnight. 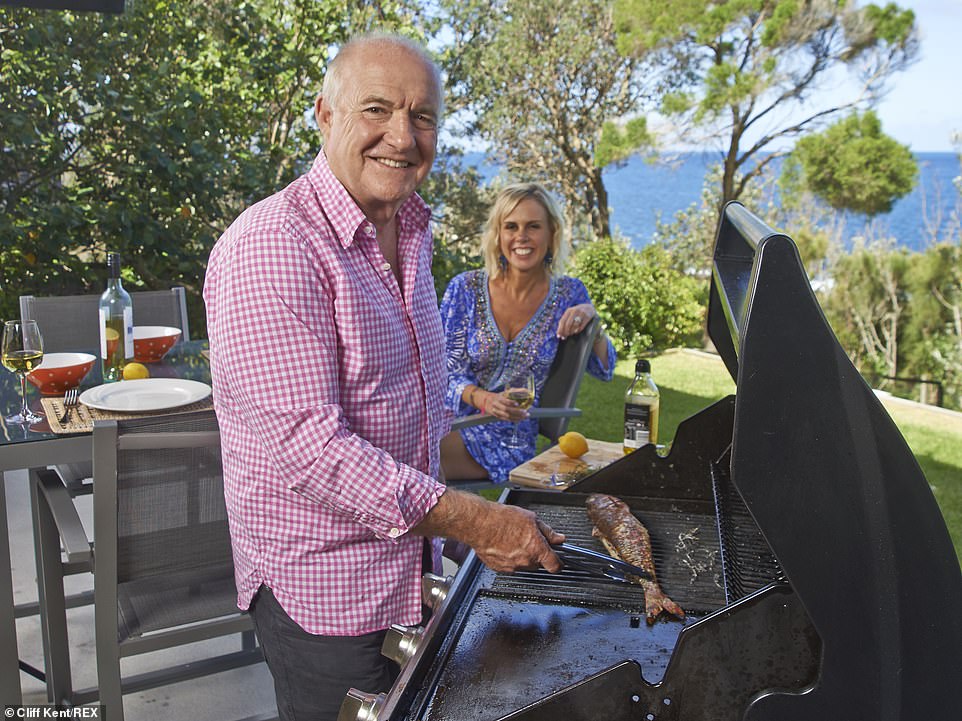 One of the fresh cases dined at Rick Stein at Bannisters in Mollymook on Saturday, August 1, between 8pm and 10.30pm. Pictured: Rick Stein with his wife Sarah Burns at their home in Mollymook

Stein has two restaurants in Australia – one in Mollymook, about 220km south of Sydney and one in Port Stephens, around 178km north of Sydney.

His second wife Sarah Burns, who is 20 years his junior, is from Mollymook and the couple met on a book tour in 1997.

They had a five-year affair before Stein’s first wife Jill discovered his infidelity and divorced him.

The celebrity chef who became a household name with his seafood and travel cooking shows later admitted stress wrecked his first marriage.

Speaking to The Times, he said: ‘The business was eating us alive. What happened had nothing to do with Jill. It’s more to do with the nature of the restaurant business – it’s just so bloody demanding.

‘It takes over your life and our lives didn’t exist outside it. The more successful we got, we had to keep the restaurant going all year and then we didn’t go away on our holidays. 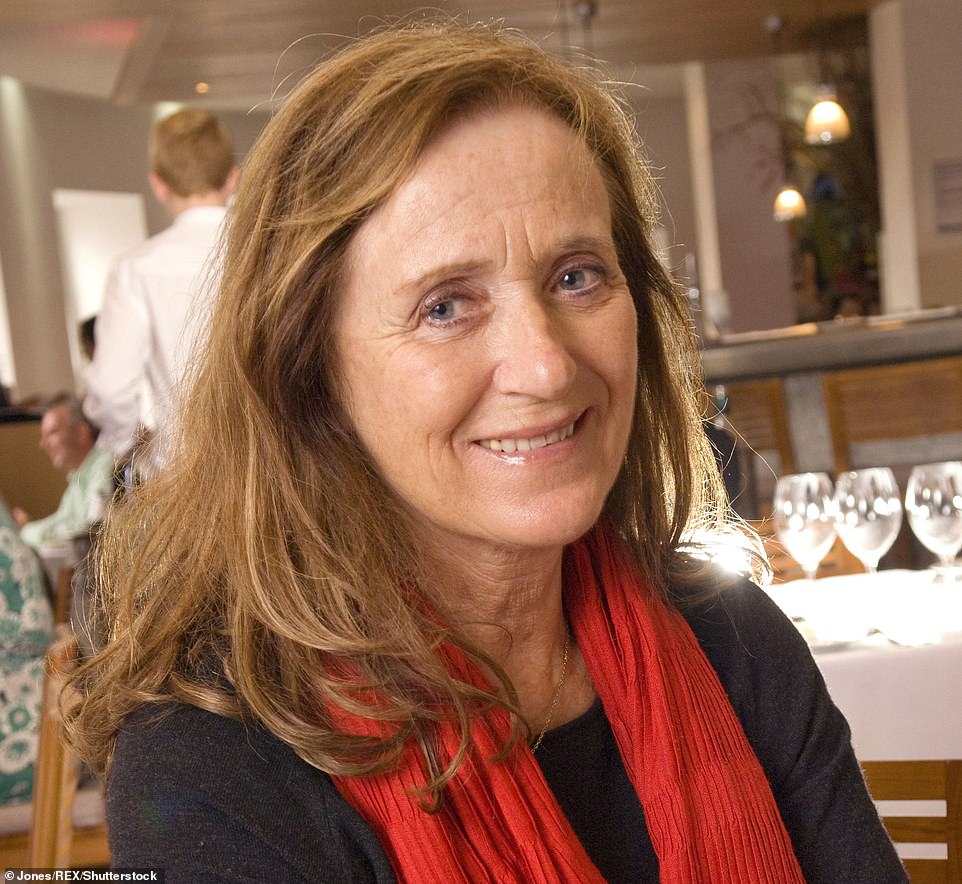 Mr Stein’s first wife, Jill (pictured), who filed for divorce when she found out he had a five year affair with Sarah Burns 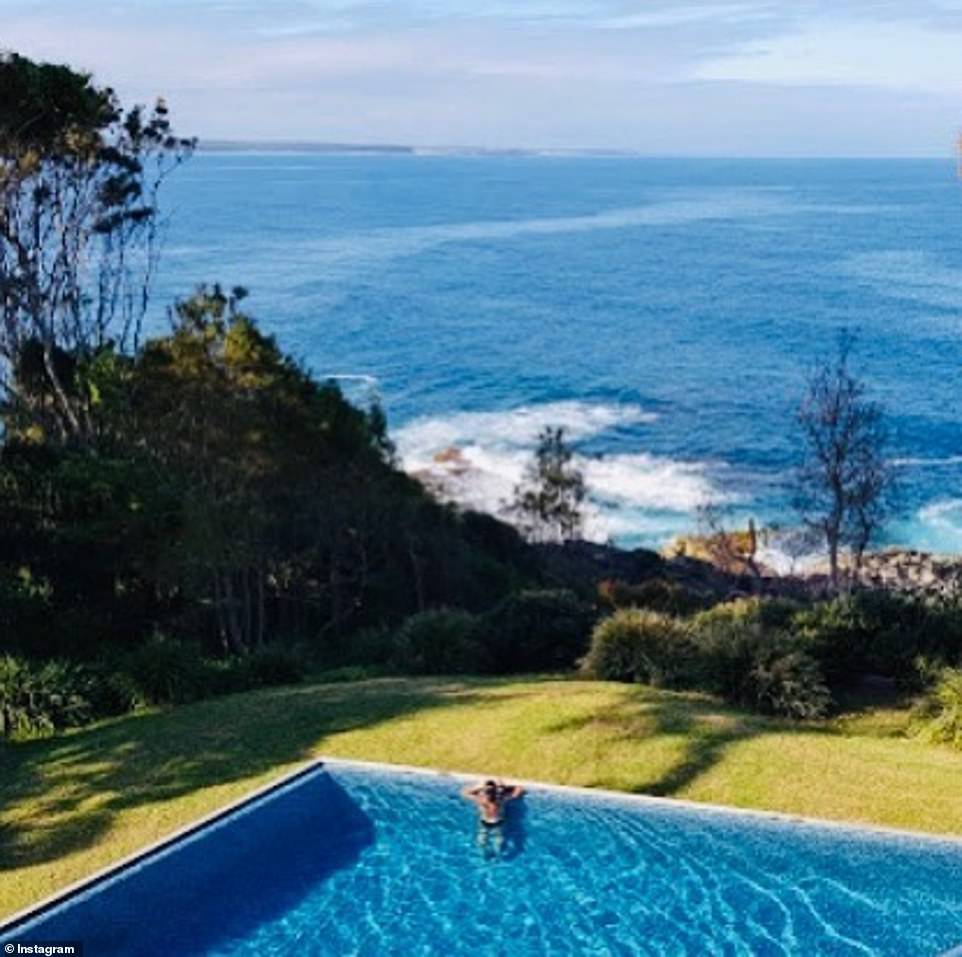 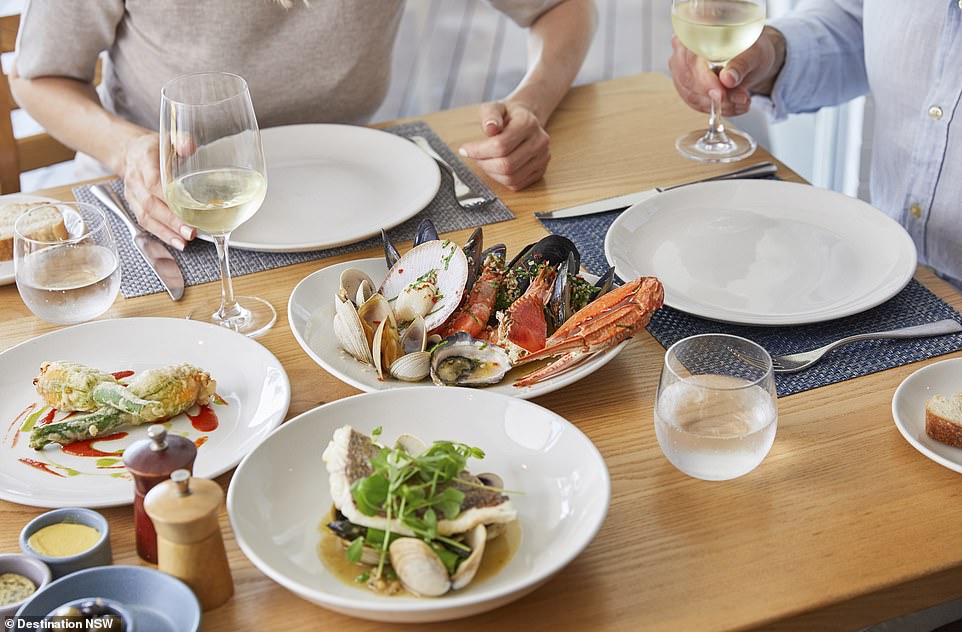 ‘We didn’t have a life outside the business and we kind of fell out of love.’

Stein and Ms Burns decided to open Rick Stein’s at Bannisters in Ms Burns’ home town of Mollymook in 2009.

Earlier this year, both restaurants were forced to close due to the spread of COVID-19 but they reopened once restrictions in New South Wales were lifted.

Mr Stein and his second wife Sarah Burns (pictured), who is 20 years his junior and from Mollymook

Mr Stein has two restaurants in Australia – one in Mollymook, about 220km south of Sydney (pictured), and one in Port Stephens, around 178km north of Sydney

The new case at Bannisters is one of nine new cases of the virus in the state.

Two of the other new cases are staff from Chopstix Asian Cuisine in Smithfield RSL. The first member of staff became infected from an unknown source sparking fears of a fresh cluster.

The second member of staff contracted the first from their colleague.

Anyone who dined at Chopstix Asian Cuisine from Friday July 31 to Saturday August 9 are urged to get tested if they develop symptoms.

Another of the cases is a student from Tangara School for Girls and one attended Mounties club at Mount Pritchard.

‘There are currently 129 COVID-19 cases being treated by NSW Health,’ he said.

‘There are seven COVID-19 patients in intensive care adn five are ventilated.’

Eighty-eight per cent of the coronavirus cases being treated in NSW are non-acute, out-of-hospital care.

‘To help stop the spread of COVID-19: If you are unwell, stay in, get tested and isolate. Wash your hands regularly, take hand sanitiser with you when you go out, keep your distance, and leave 1.5 metres between yourself and others,’ Dr McAnulty said. 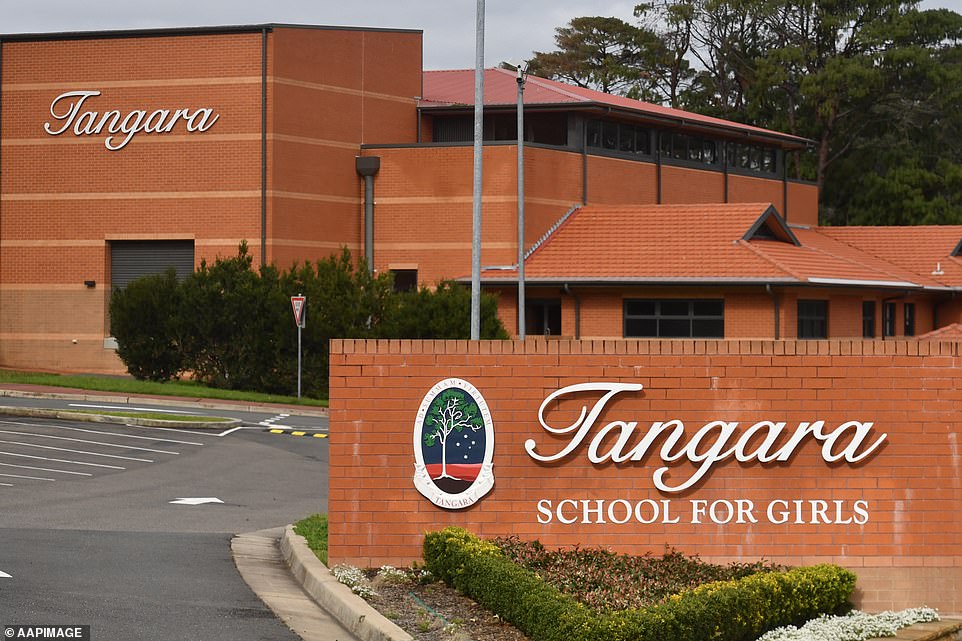 ‘And wear a mask in situations where you cannot physically distance.’

The fresh cases include another student from the Tangara School for Girls, with 21 people related to the school infected.

One was also a staff member at Liverpool Hospital, the third to test positive in recent days.

Officials insisted there was no ongoing risk to patients at staff at the western Sydney hospital.

However, people at Liverpool Hospital the same time as the cases were advised by NSW Health to monitor for symptoms and get tested.

Dr McAnulty said of the nine new cases reported on Friday, five were locally acquired and linked to known cases, one was locally acquired with no known source, and three were returned travelers from overseas.

‘There are currently 131 COVID-19 cases being treated by NSW Health, six in intensive care with five ventilated,’ he said.

St Vincent’s College in Potts Point was on Friday closed for deep cleaning and to allow health authorities to contact trace after a student tested positive to coronavirus on Thursday.

It was the third independent Catholic school to shut after being exposed to the virus.

Our Lady of Mercy College in Parramatta was also closed until August 24 after three cases were linked to the school.

Tangara School for Girls in Cherrybrook will remain shut until August 24 as well, with its COVID-19 outbreak reaching 21 people as its source remains unconfirmed.

The outbreak was linked to a nearby Opus Dei Catholic study centre, Eremeran, which is closed for cleaning after recently hosting five senior schoolgirls. 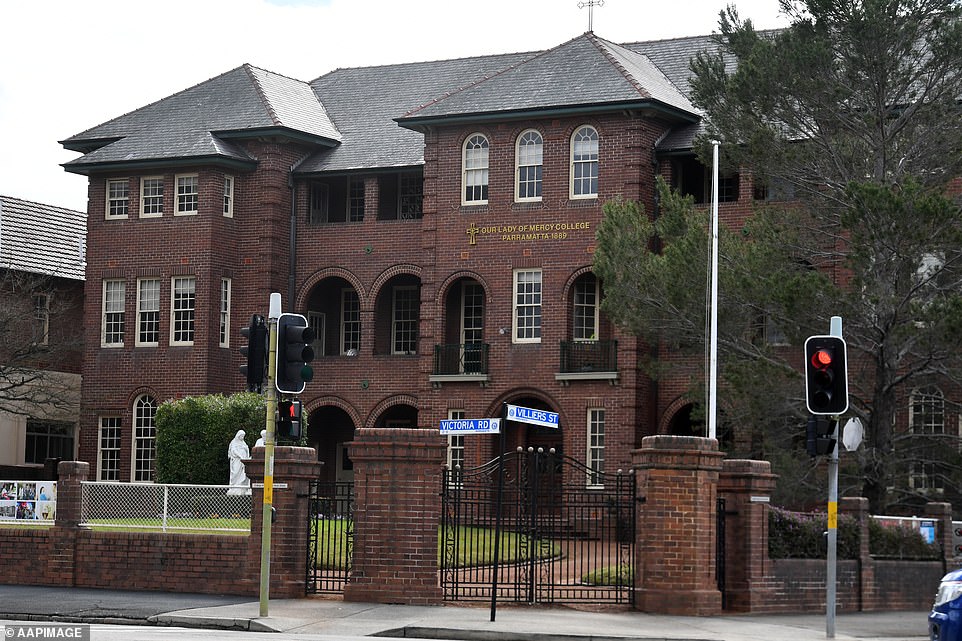 N, New, nine, records, South:, Wales
You may also like: