New tests suggest Shroud of Turin is a medieval fake

Rome: A new high-tech forensic study of the blood flows on the Shroud of Turin, the mysterious linen some Christians believe is Jesus' burial cloth, is the latest analysis to suggest that it is most likely a medieval fake. 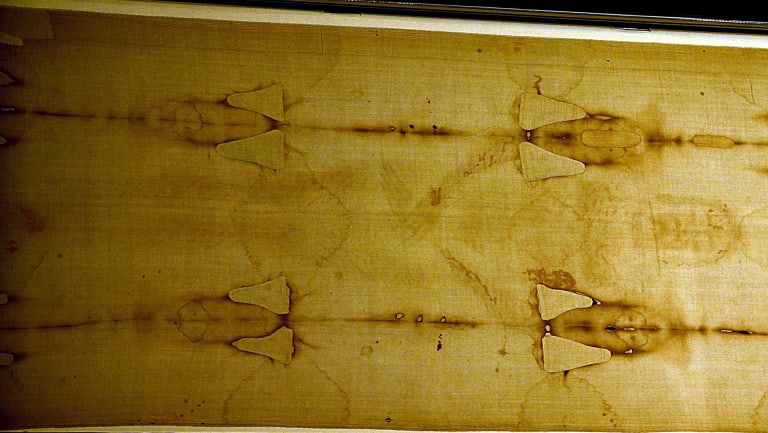 The Holy Shroud, the 4.4-metre long linen revered by some as the burial cloth of Jesus, is shown at the Cathedral of Turin, Italy, in 2000.

The results of the investigation, in which scientists used a volunteer and a mannequin and employed sophisticated techniques such as Bloodstain Pattern Analysis (BPA), were published in the latest edition of the Journal of Forensic Sciences. 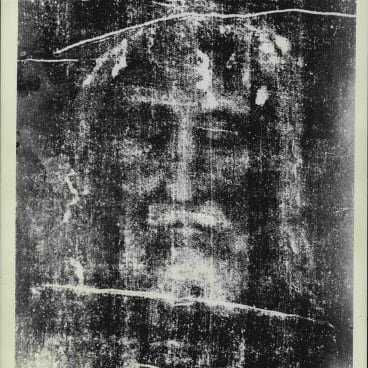 The Turin Shroud – is this the face of Christ or the work of a forger?

The Roman Catholic Church has not taken an official position on the authenticity of cloth, which bears an image, reversed like a photographic negative, of a man with the wounds of a crucifixion.

It shows the back and front of a bearded man, his arms crossed on his chest. It is marked by what appear to be rivulets of blood from wounds in the wrists, feet and side.

Sceptics say the cloth, which measures 4.4 metres by 1.1 metre, is a masterful medieval forgery. Carbon dating tests in 1988 put it between 1260 and 1390, but some have challenged their accuracy.

The latest study was restricted to blood flows that would have resulted from some wounds – those of the left hand, the forearms, a wound in the side that the Bible says was caused by a lance, and blood stains near the waist. 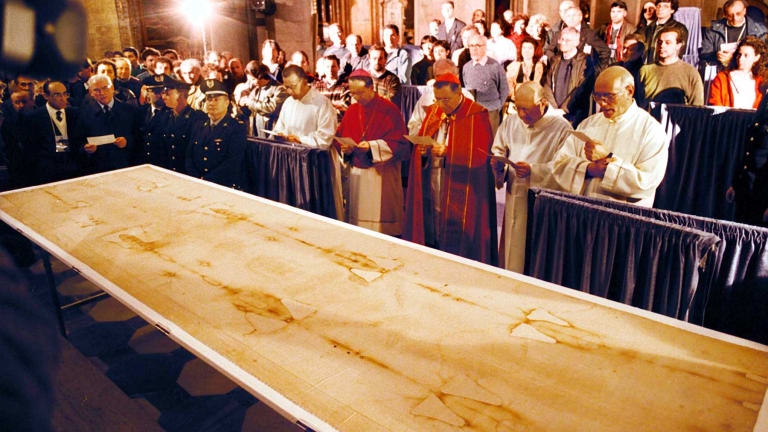 Over the year, several scientists have ruled the shroud could not have been Christ’s burial cloth.

A tiny tube was inserted into the wrist of the volunteer to simulate dripping from a wound where a crucifixion nail would have been inserted. A mannequin was used for the side "lance" wound.

Using instruments such a ballistic angle finder, the study showed that the direction and behaviour of the rivulets of blood did not match those evidenced in high-resolution photographs of the shroud. The cloth is housed in a special case in the Turin Cathedral and goes on display only on rare occasions.

"When the volunteer was in [various reclining positions] the blood movement never matched the Shroud," said the study. 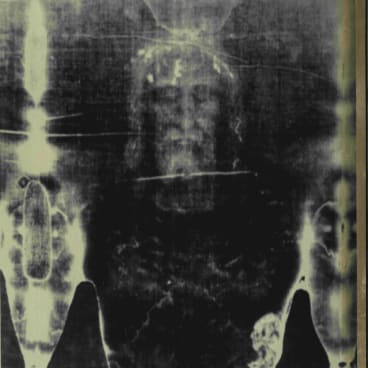 "Assuming that the red stains on the Turin linen are actually blood from the crucifixion wounds, the results of the experiments demonstrate that the alleged flowing patterns from different areas of the body are not consistent with each other," it said.

The accuracy of the 1988 carbon dating tests, carried out on small samples of the cloth by universities in the United States, Britain and Switzerland, was challenged by some hard-core believers who said restorations in past centuries had contaminated the results.

The history of the Shroud is long and controversial.

After first surfacing in the Middle East and France, it was brought by Italy's former royal family, the Savoys, to their seat in Turin in 1578. In 1983 ex-King Umberto II bequeathed it to the late Pope John Paul.

The Shroud narrowly escaped destruction in 1997 when a fire ravaged the Guarini Chapel of the Turin cathedral where it is held. A fireman risked his life to save it.