New Zealand's plans to cut greenhouse gases by 2050 have been branded by Christchurch climate change campaigners as "a farce" given the ecological emergency the world faces.

On Wednesday, the Zero Carbon Bill was introduction to New Zealand's Parliament, a bill that aims to set greenhouse gas emissions targets into law. 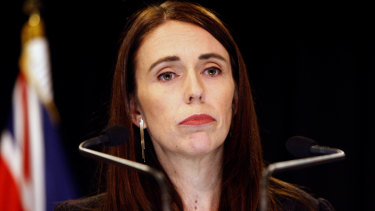 Climate Change Minister James Shaw said the bill was "our plan to safeguard the future" for the schoolkids who have walked out of school to protest climate change.

Prime Minister Jacinda Ardern said the bill balanced the need to respond to climate change while not unfairly punishing agriculture.

"New Zealand is a food-producing nation. We have to become a sustainable food-production nation," Ardern said.

However, she took issue with the bill's 2050 target for reducing emissions – other than "biological methane" – to "net zero"..

"I'm aware that the bill is going to change in Parliament. But the 2050 date is a farce," she said.

"A more realistic date is 2030, and that is what we are pushing for. I'd like to see 2025 ultimately, but it's not entirely practical."

She accepted that splitting methane from other emissions was something that had to be done to get New Zealand First and National on side.

"We are an agricultural country – it would be unfair to ignore that. And it's an issue that will come back to all of us, how we can support farmers to make changes."

Extinction Rebellion Ōtautahi spokesman Rowan Brook said the 2050 target "doesn't reflect the fact that we are in an ecological emergency".

"How can it be 2050 to be zero carbon when the conservative UN gave us 12 years to avoid catastrophe?

"It's great that they have got cross-party support. But we need to move quickly. Extinction Rebellion is pushing for 2025 – and that is very soon."

"At one level it is hopeful, because all parties have already expressed support for this legislation and we need cross-parliamentary agreement for effective climate action."

She said the legislation set "a low bar" particularly over methane emissions. "We have to ask, 'Is this what it takes to get a cross-party agreement? Are we so timid that we can't envisage much beyond very modest steps?'"

Even with the bill's modest, near-term, methane targets, it was likely New Zealand would "struggle to meet the ambitions of this legislation", Hayward said.

The bill would set greenhouse gas emissions targets into law and force future governments to come up with plans to meet "stepping stone" targets on the way there, with an endpoint target of net zero long-lived emissions in 2050 and a large reduction in biological methane emissions – somewhere between a "provisional range" of 24 per cent and 47 per cent in gross reductions.

The main enforcement mechanism each government has is envisioned to be the Emissions Trading Scheme.

Biological methane emissions, which largely come from livestock belching, would need to be reduced by 10 per cent by 2030 from 2017 levels. The "provisional range" will be reviewed by the independent Climate Change Commission, which this bill sets up, in 2024.

All other greenhouse gases – including carbon dioxide from power production and transport – would need to be reduced to "net zero" – meaning offsetting methods like forestry will be key.

The difference in targets for the emissions speaks to both the scientific properties of methane and the political difficulty of meddling with the agricultural sector, which releases the vast majority of methane emissions.

While methane is much more damaging than carbon on a per-tonne basis it decays a lot faster – in around a decade – meaning if emissions are kept stable the warming effect of the methane will not increase.

The proposed law is based on the United Kingdom's Climate Change Act.

The independent Climate Change Commission would advise the Government on what these targets should be and how exactly governments should meet them. It would not have any independent power on its own. It's understood NZ First was particularly uncomfortable with talk about giving the commission Reserve Bank-like powers to set the emissions targets itself.

Governments will also be required to set a plan for how they will respond to the various effects of climate change, including an increase in extreme weather events, droughts, fires, and sea-level rise.

Shaw has been negotiating with National for months to get bipartisan support. There has also been some negotiation within the government, as NZ First had slowed the bill.

He said New Zealanders had made it clear they wanted leadership and consensus on climate change legislation.

announces, New, plan, to, Zealand
You may also like:

Britain could soon be carrying out MILLION coronavirus tests every day