And now Pryor, and the person who allegedly stabbed him, have both been arrested.

Shalaya Briston, 24, of Munhall, Pennsylvania, was charged with criminal attempt homicide and aggravated assault. Pryor faces a simple assault charge, according to the Pittsburgh Bureau of Police.

Police officers said they were called to Mercy Hospital after a male stabbing victim walked into the emergency room just after 4:30 a.m. The department said it wouldn’t share the name of any victims of a violent crime, but released Pryor’s name after he was charged.

Pryor’s injuries were sustained during a domestic dispute inside an apartment on the 200 block of Heinz Street in Pittsburgh, and, according to police, Briston also suffered injuries during the incident. Both were arrested as “mutual combatants” in the altercation.

Pryor’s agent, Gregory Diulus, told The Associated Press Pryor is expected to make a full recovery. He also told the AP he planned on seeing him in the hospital on Saturday. 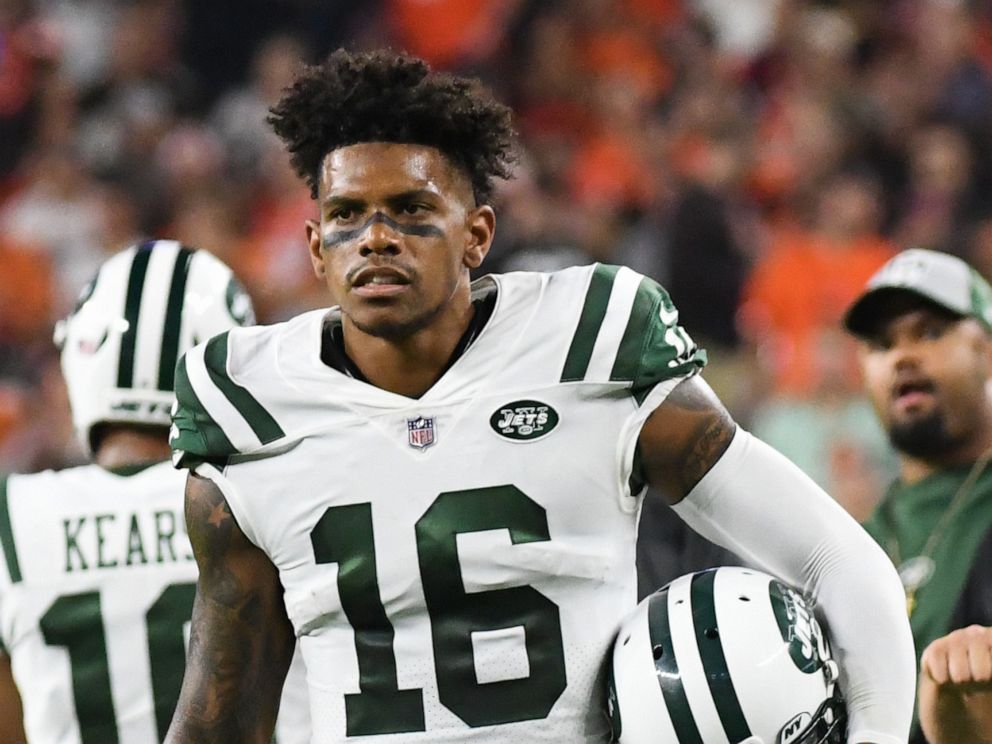 This year, Pryor was signed by the Jacksonville Jaguars but was quickly cut. He’s played for five NFL teams in seven years.

“Our thoughts and prayers are with Terrelle Pryor and his family,” the Washington Redskins, for whom Pryor played in 2017, said in a statement.

Pryor, 30, was a star quarterback for the Ohio State Buckeyes from 2008-2010, until he left the university following a scandal involving taking money for signing autographs. The Oakland Raiders drafted him in the NFL Supplemental Draft in 2011.

Once in the NFL, Pryor struggled to sustain success. His most successful season came with the Cleveland Browns in 2016 when he played wide receiver. That year, he had 77 catches, more than a thousand yards receiving and four touchdowns.

Pryor has not played an NFL game since 2018, when he was a member of the Buffalo Bills.