The New York Giants were at home against the San Francisco 49ers’ junior varsity team on Sunday.

The 49ers were without Jimmy Garoppolo, Raheem Mostert, Tevin Coleman, George Kittle, Solomon Thomas, Nick Bosa and Richard Sherman. The 49ers were also on the East Coast for the second straight week. You won’t find many better spots for an NFL team than the Giants had.

New York had its own injury issues, most notably Saquon Barkley and Sterling Shepard. It’s not like the 49ers are going to feel any pity for them.

If the Giants couldn’t beat that version of the 49ers or even come close, who exactly are they going to beat this season? It’s an important question for general manager Dave Gettleman, coach Joe Judge and quarterback Daniel Jones.

Gettleman is probably in the most trouble. Judge is in just his first season, and the Giants have too much invested in Jones to easily move on (unless they win the Trevor Lawrence sweepstakes). But Gettleman doesn’t have a lot to stand on if the Giants keep losing. Having to cut 2019 first-rounder DeAndre Baker after Baker was charged with armed robbery is another bad mark on his record.

If Jones fails, Gettleman’s draft record looks even worse. This will be a big year for Jones. He had some great games as a rookie, but was inconsistent. This season, he hasn’t been very good. Losing Barkley hurts, but if Jones is a franchise quarterback, he should be able to have some success without his best teammate. It’s too early to give up on Jones, but he got thoroughly outplayed by 49ers QB Nick Mullens on Sunday. That’s not what you want to see out of your quarterback who was the sixth pick of the 2019 draft. Jones was 17 of 32 for 179 yards, no touchdowns and an interception. He had a passer rating of 56.6.

Judge would have to bottom out to be on the hot seat, but if the Giants keep losing then his oddball methods will look even weirder. You can get by with not saying your players’ names in media settings, making them run laps for mistakes or taping tennis balls to defensive backs’ hands in practice if you’re winning. If you lose double-digit games, it’s just annoying. When you get thoroughly outcoached by Kyle Shanahan, who was missing practically half of his team, it looks like you’re in over your head. More high-school drills are not going to help that.

The Giants weren’t expected to be great this season, but a big step back would be rough. There would be changes. Gettleman’s seat would likely be the hottest. Jones and Judge would likely survive, but they’d better rebound in 2021. It’s only three weeks into the season, but everyone in the Giants organization should feel they’re on notice after Sunday’s loss. 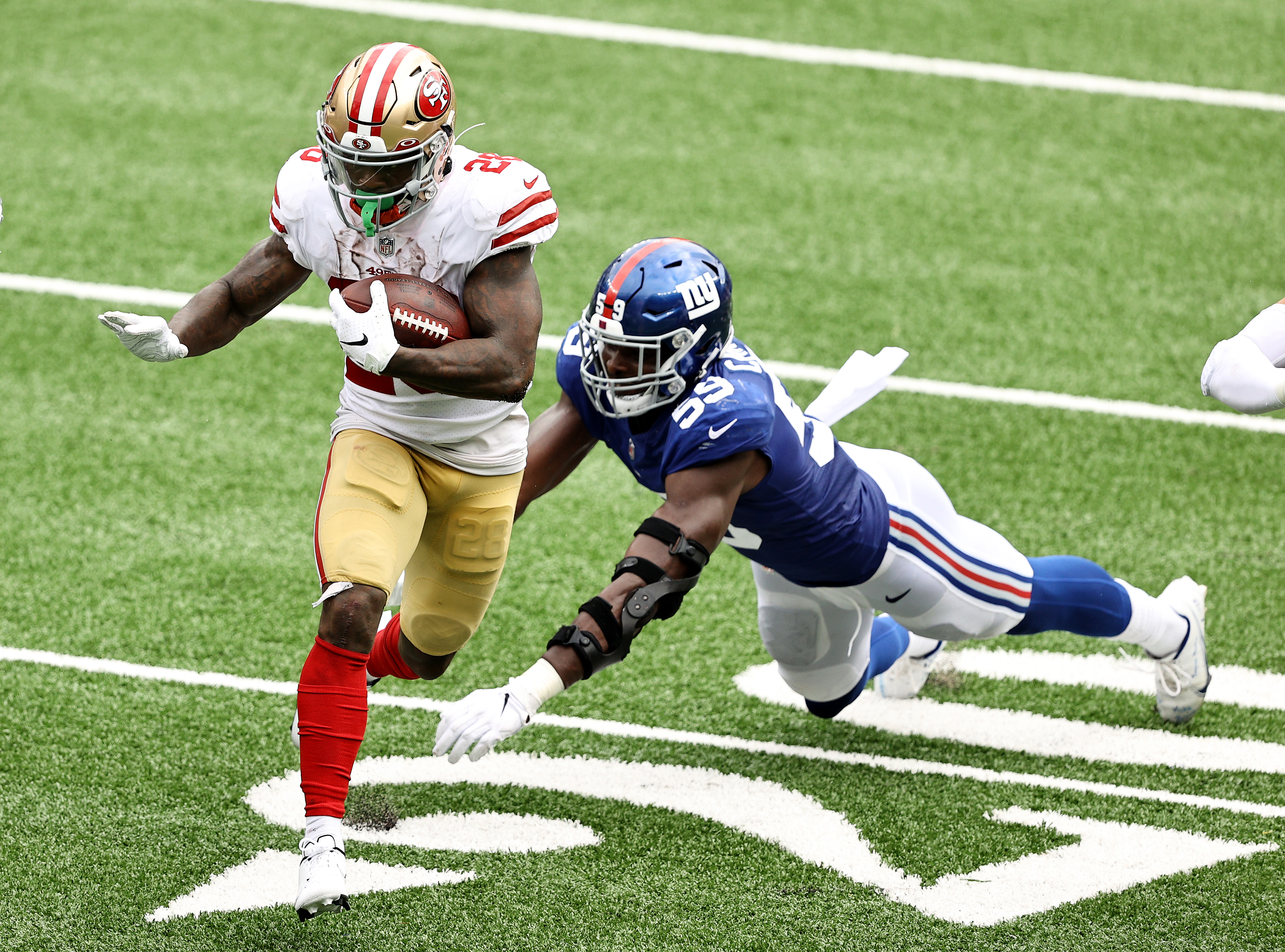 Here are the winners and losers from Week 3 in the NFL:

Aaron Donald: The best player in the NFL might not be Patrick Mahomes or Lamar Jackson.

Those two will win MVP awards because they are quarterbacks, but Donald is as good as any player in the NFL today and has a good argument as the best defensive tackle ever. He’s that good. Even in a crushing loss, Donald reminded us he’ll be a first-ballot Hall of Famer.

The Rams had a brilliant comeback, and Donald was at the center of it. With the Rams trailing the Bills 28-25 in the fourth quarter, Donald sacked Josh Allen for a 12-yard loss on first down. Then on third-and-22, Donald sacked Allen again and forced a fumble. That led to a Rams touchdown and the lead.

And, gia, losers, nfl, NY, winners
You may also like: