Nigel Farage admits the UK is suffering from 'Brex-haustion'

‘They wouldn’t vote Tory if you paid them!’ Nigel Farage defends his decision to contest Labour-held seats at the general election and insists his Brexit Party will not take votes from the Conservatives as he admits the UK is suffering from ‘Brex-haustion’

Nigel Farage today defended his decision to stand Brexit Party candidates in Labour-held seats as he insisted it will not cost Boris Johnson a majority on December 12.

The Brexit Party leader said many of the people who will vote for him in seats won by Labour in 2017 ‘wouldn’t vote Conservative if you paid them’.

He said Conservative claims that voting for the Brexit Party would put Jeremy Corbyn in 10 Downing Street were ‘wrong and utterly disproved by history’.

He also suggested that it ‘does look like’ Mr Johnson ‘will get a small majority’ at the snap poll.

Meanwhile, Mr Farage conceded many voters have had enough of hearing about the UK’s departure from the European Union and are suffering from what he described as ‘Brex-haustion’.

Mr Farage made the comments at an event in the marginal seat of Peterborough which Labour won at a by-election in June 2019 as the Brexit Party came in a close second, just 683 votes behind. 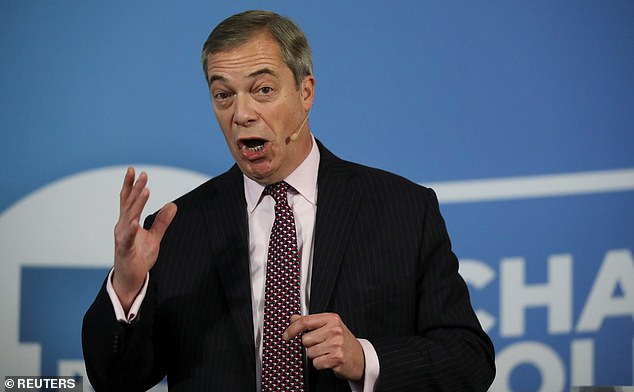 Nigel Farage, pictured in Peterborough today, admitted that the UK is suffering from ‘Brex-haustion’ 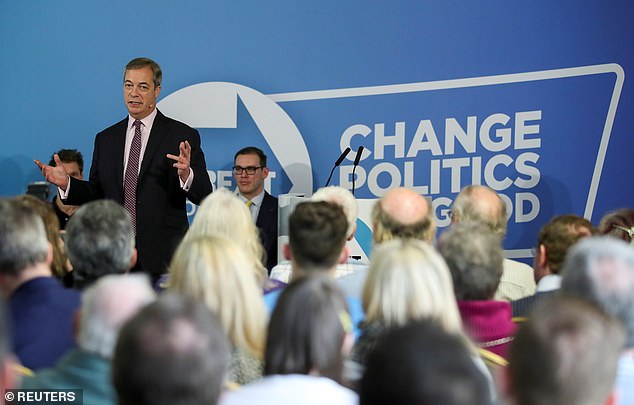 He said that while much of the talk in recent weeks has been about the Brexit Party splitting the Tories’ Leave support, Mr Farage said in seats like Peterborough: ‘They split our vote.’

‘Millions of Labour voters believe in these things, perhaps even more strongly than those in the Conservative Party, and a large number of those voters will vote for us, they will vote for the Brexit Party – they did in the European elections just a few months ago.

‘So the idea that a vote for the Brexit Party puts Corbyn into Downing Street is wrong and utterly disproved by history here.’

Mr Farage railed against the idea that the Tories are the ‘true champions’ of Brexit.

‘I don’t think so,’ he said before he admitted that many people have had enough of the UK’s tortuous divorce from Brussels.

However, he challenged Mr Johnson’s ‘get Brexit done’ mantra as he said: ‘I do understand the sense of Brex-haustion that there is in the country.

‘We have kind of had enough of all of this haven’t we and we would rather get it done. 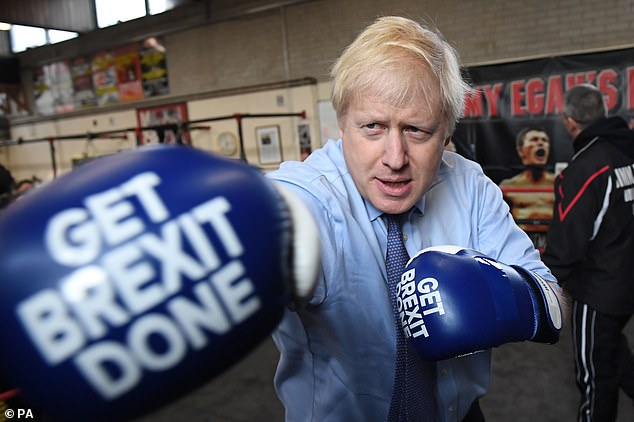 Mr Johnson, pictured on the campaign trail visiting a boxing gym in Wythenshawe today, is urging voters to back him at the ballot box so that he can ‘get Brexit done’

Mr Farage rocked the general election race earlier this month as he announced he would not stand candidates in 317 Tory-held seats.

He then faced intense pressure to stand aside in Labour-held marginal seats which could be crucial to Mr Johnson’s hopes of winning a majority.

But he stood firm and the Brexit Party has confirmed candidates in the vast majority of Labour-held seats.

Mr Farage had offered Mr Johnson a so-called ‘Leave Alliance’ if the Prime Minister agreed to ditch his Brexit accord and campaign for a No Deal ‘clean break’ from the bloc.

But Mr Johnson rejected the offer and is urging voters to back him at the ballot box so that he can win a majority and implement his Brexit deal.

admits, Farage, is, Nigel, the, UK
You may also like: