Yesterday the US President laid into the PM's plans for leaving the EU, saying we might not be able to sign a trade deal. 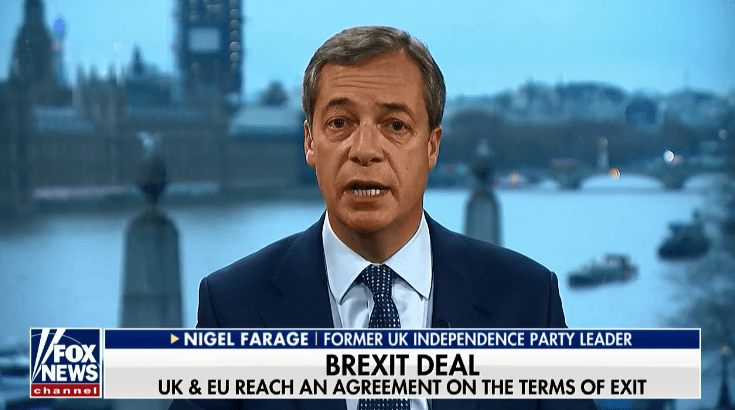 In the extraordinary attack he said the deal was "great for the EU" and warned that it could hit US trade.

President Trump blasted: "I think we have to take a look at seriously whether or not the UK is allowed to trade because, right now, if you look at the deal, they may not be able to trade with us and that wouldn’t be a good thing."

The intervention sparked speculation that Mr Trump had been listening to ex-Ukip leader Nigel Farage, who appeared on Fox News just hours before – known to be his favourite news channel. 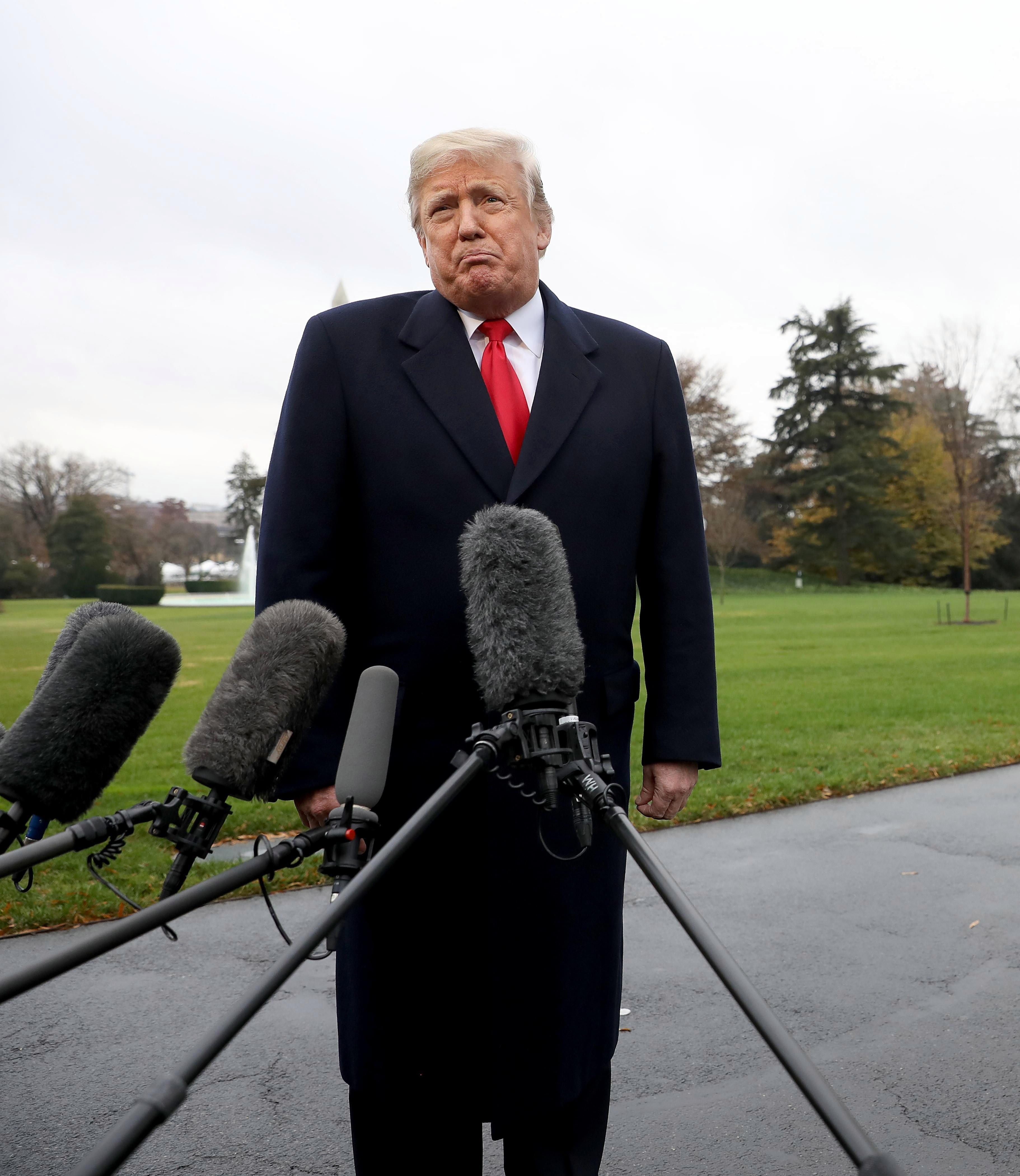 Mr Farage said the deal was the "worst in history" and we will "not be able for some years to do trade deals".

He added: "It means the prospects of a trade deal with the USA has been kicked way, way into the future."

In the past the US President has tweeted about reports he's watched on Fox News in the morning.

Mr Farage was asked about whether he thought his comments had sparked the President's seemingly unprompted rant.

But he told MailOnline: "Who knows? Nothing to do with me, guv."

He added that the comments on the deal were just "a statement of fact and it would be at least six years after Brexit before there was any chance of a Transatlantic pact being sealed."

The ex-Ukip boss, who has today launched a fresh Brexit campaign, added: "It's a mistake to think just the States will be upset about this."

And Jacob Rees-Mogg told TalkRadio today that the President was right.

He said: "He has pointed something out that is obvious from reading the withdrawal agreement, that is we won't be able to make trade deals with other countries because we'll be bound into the EU customs union." 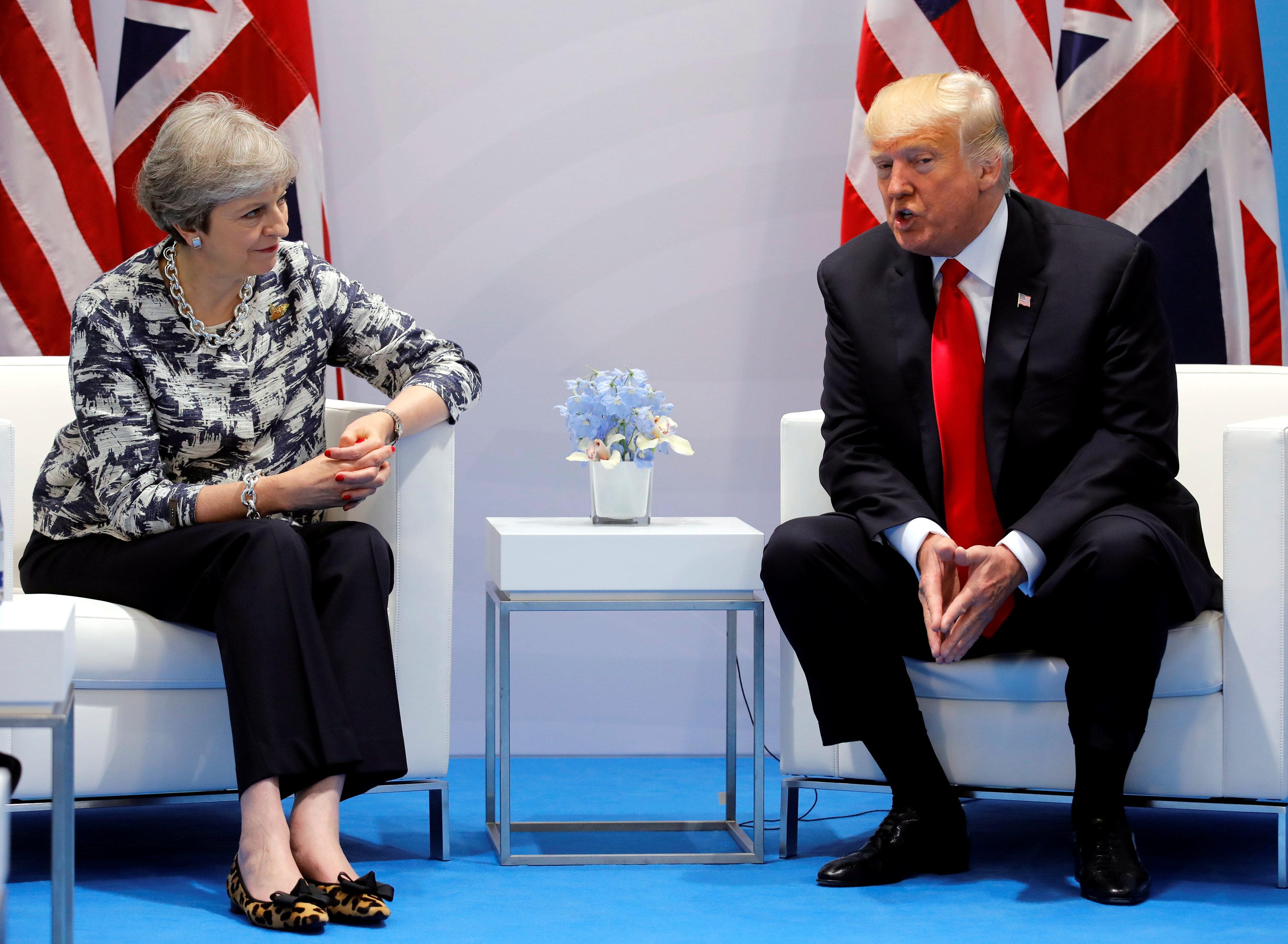 Today Mrs May hit back at President Trump's comments, insisting the UK is already in talks with the US about a deal.

She said while on a trip to Wales to sell her deal to the public: "As regards the United States, we have already been talking to them about the sort of agreement that we could have in the future.

But No10 said that they were not expecting to have talks between Mrs May and President Trump at the G20 summit this weekend.

A spokesperson said: "It's not something that we have requested." 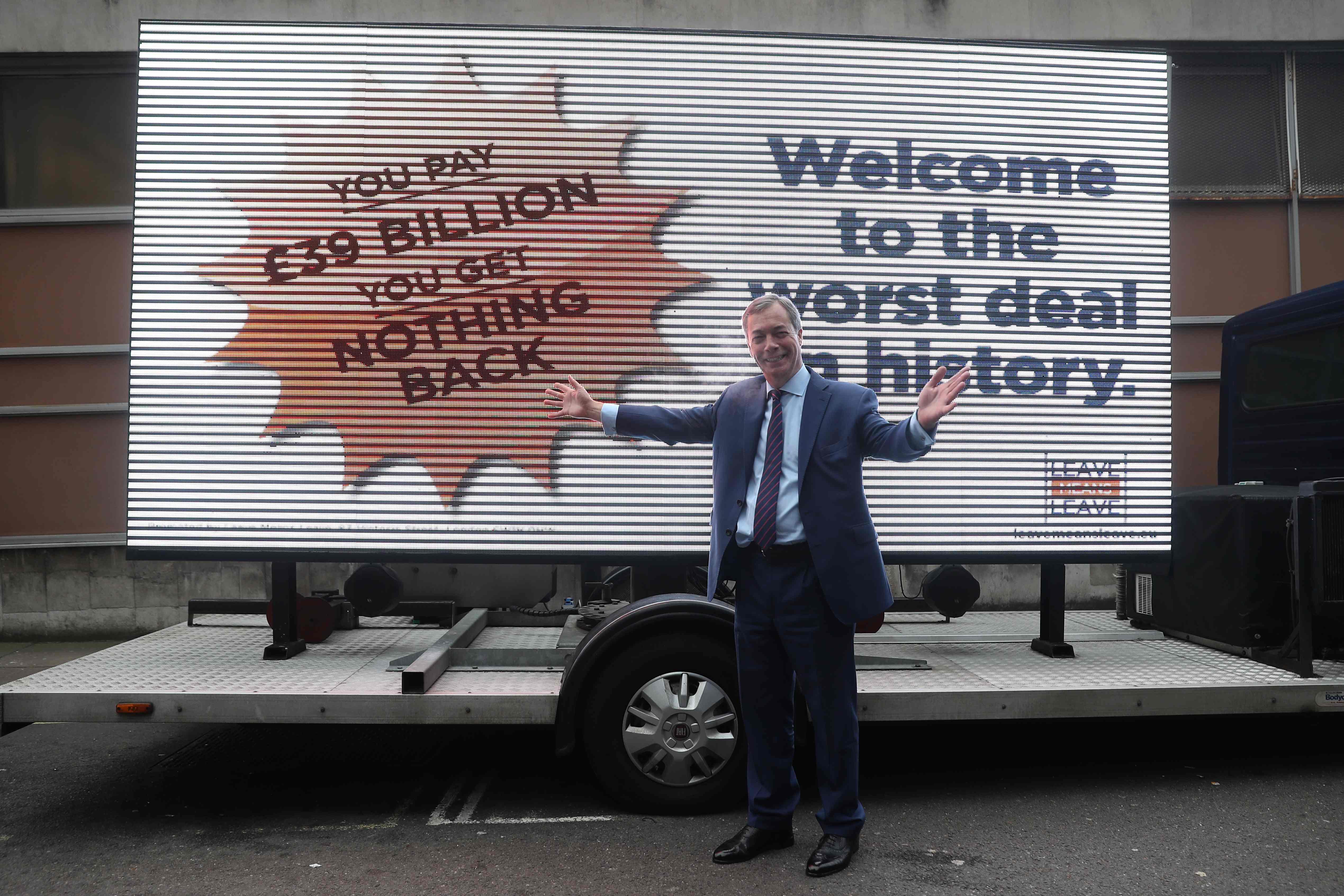 What did Nigel Farage and Donald Trump say about Brexit?

"It looks like thee worst deal in history to me.

We give away around £60bn sterling in some period of years in which we have to accept all EU rules without having any say.

"That's what I would call taxation without representation.

"We would not be able for some years to do trade deals.

We will only be allowed to leave the EU's customs union if they agree to it as well.

"It's madness, it's legally binding that we're stuck in this deal unless they let us go.

"It's a bad deal, the worst deal in history.

"I hope the British Government votes it down.

"It gives away too much money, traps us in something we can't leave unless the other side agrees, and it's a bad deal because it could go on for years and years and years.

"It means the prospects of a trade deal with the USA has been kicked way, way into the future.

"We are not taking our opportunities."It's so bad I think Parliament will vote it down."

"It looks like a great deal for the EU.

"I think we have to take a look at seriously whether or not the UK is allowed to trade.

"Right now you look at the deal and they may not be able to trade with us.

"Right now, as the deal stands, they may not be able to trade with the US, that would be a very big negative for the deal.

"We don't like what's happening. Either way. Hopefully they will get it straightened out." 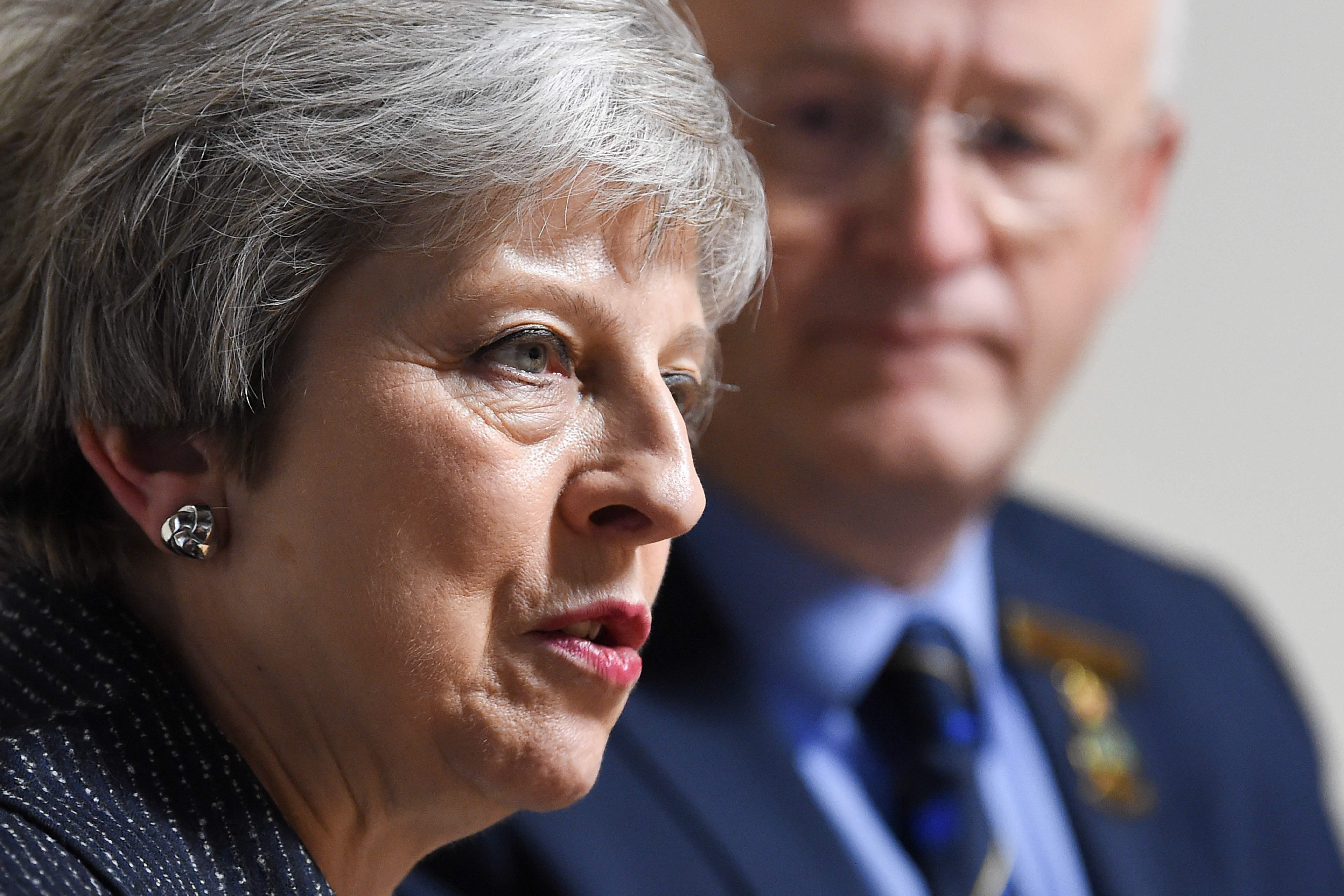 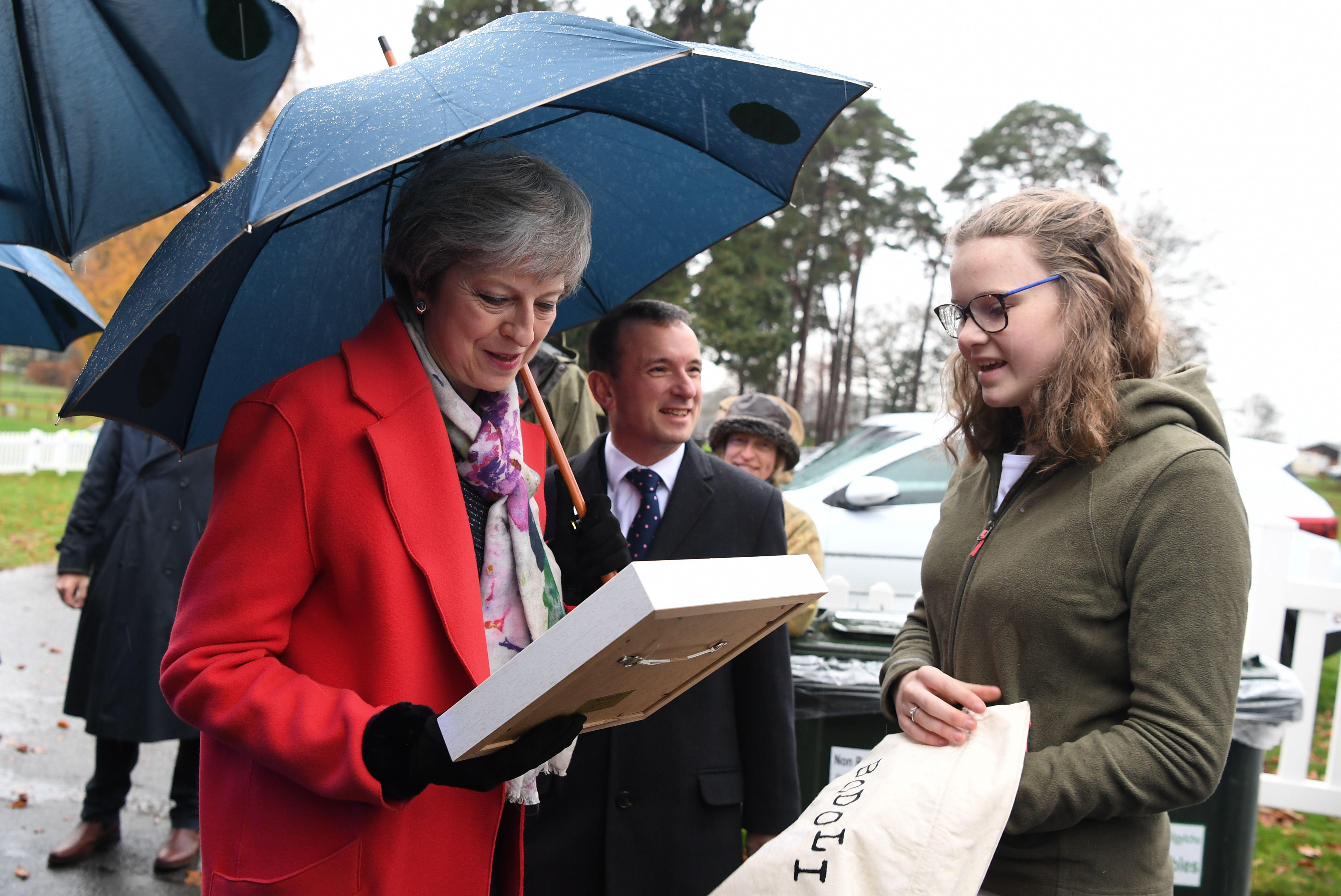 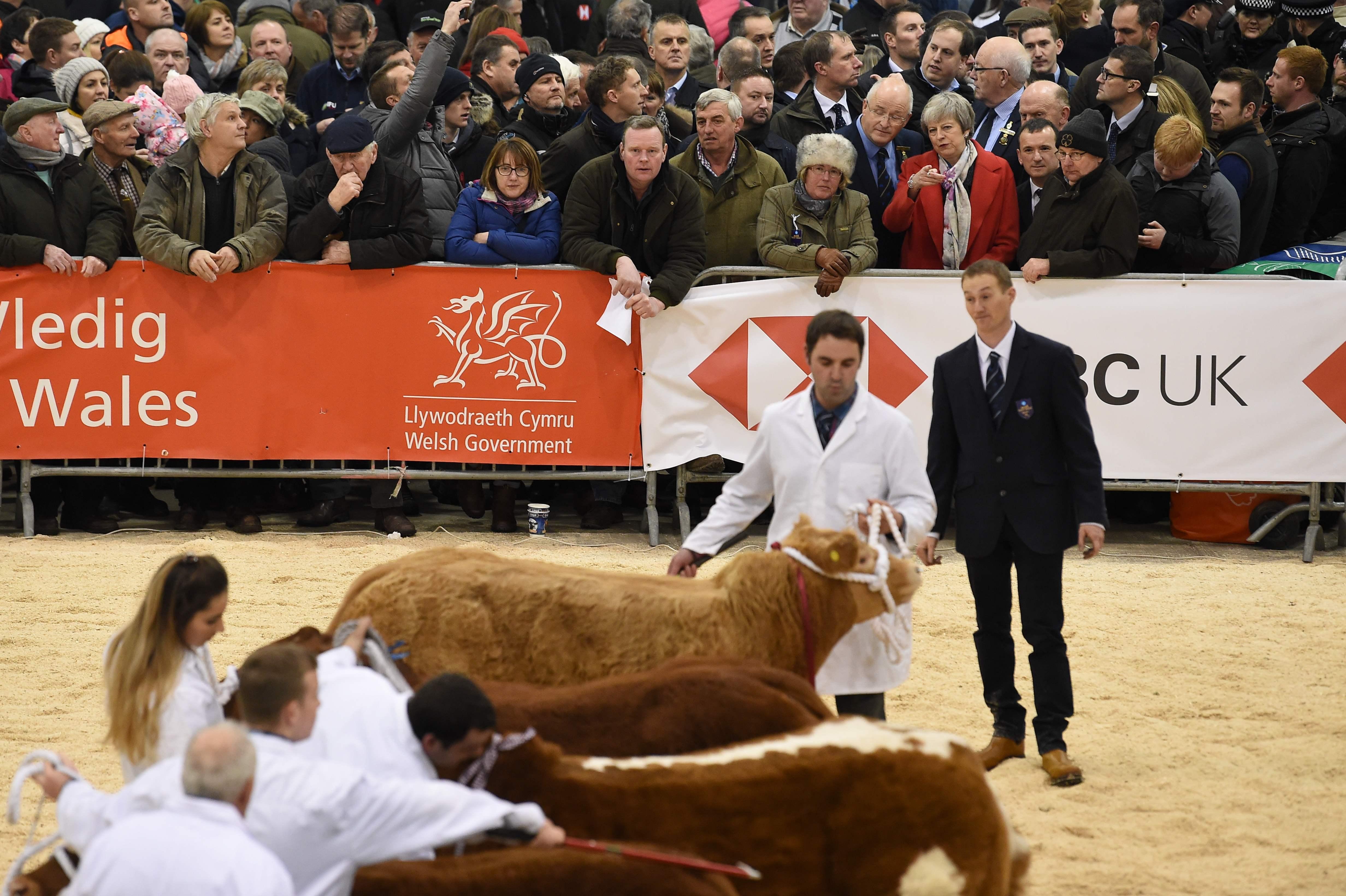 Earlier today a Ukip MEP quit the party in protest at leader Gerard Batten's decision to employ "thug" Tommy Robinson as an adviser.

Patrick O'Flynn said that under his leadership the party had become "an impediment to the Brexit campaigning" he had pursued for years.

Brexit, de, Farage, Nigel, savaged
You may also like: