Speaking at the Leave Means Leave rally in London on Friday night, the former Ukip leader said he didn't think "the great Brexit betrayal" was "anywhere near finished". 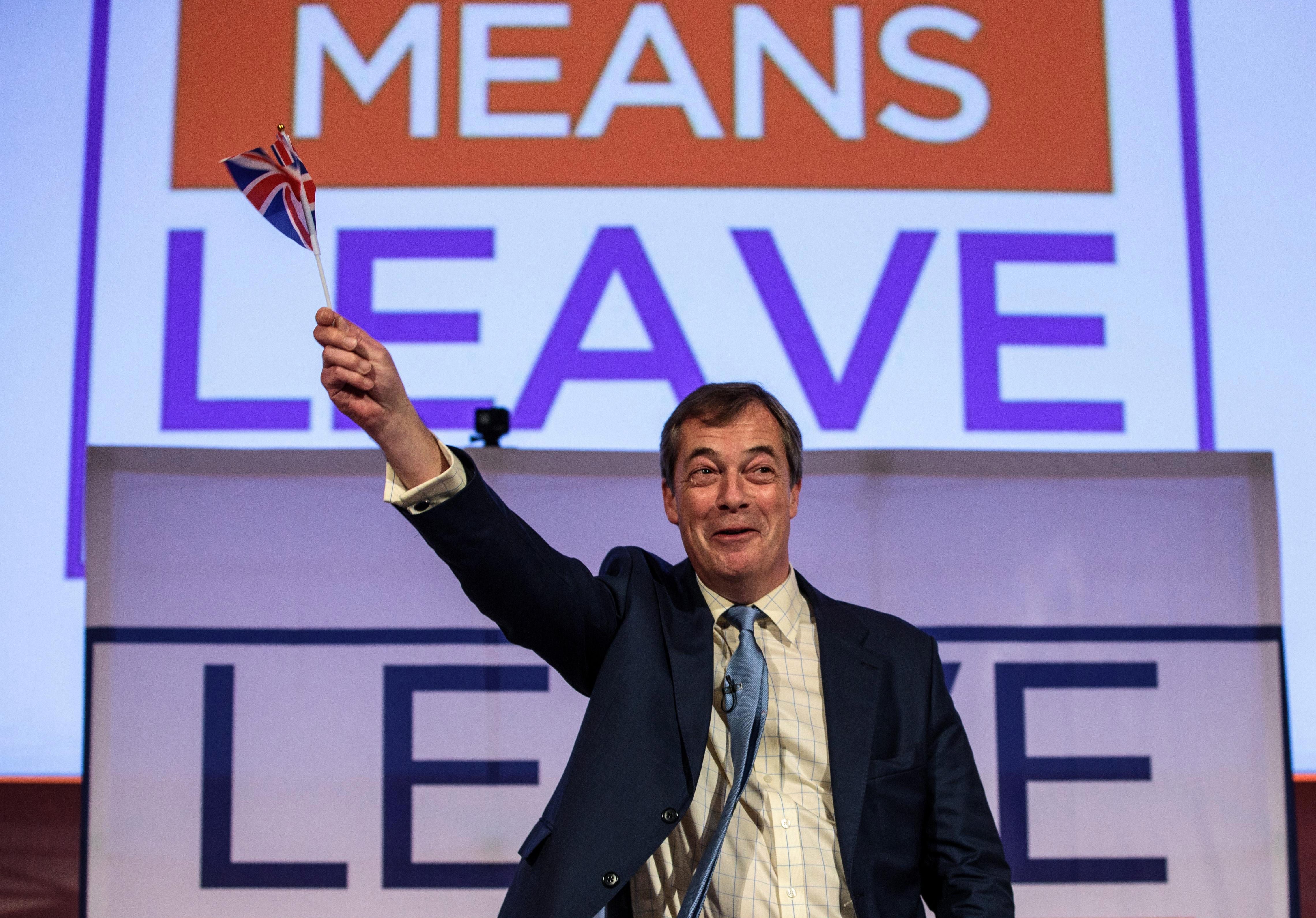 Speaking at the Leave Means Leave rally in London on Friday night, Mr Farage said: "My message folks tonight is, as much as I don't want a second referendum, it would be wrong of us on a Leave Means Leave platform not to get ready, not to be prepared for a worst case scenario."

He added: "We've now got to move into a different gear. We've got to start forming branches and active groups all over this country.

"We've got to re-engage with those millions of people who never voted in their lives before.

"And if all our efforts come to nothing because we leave at 11pm on March 29th, then so much the better." 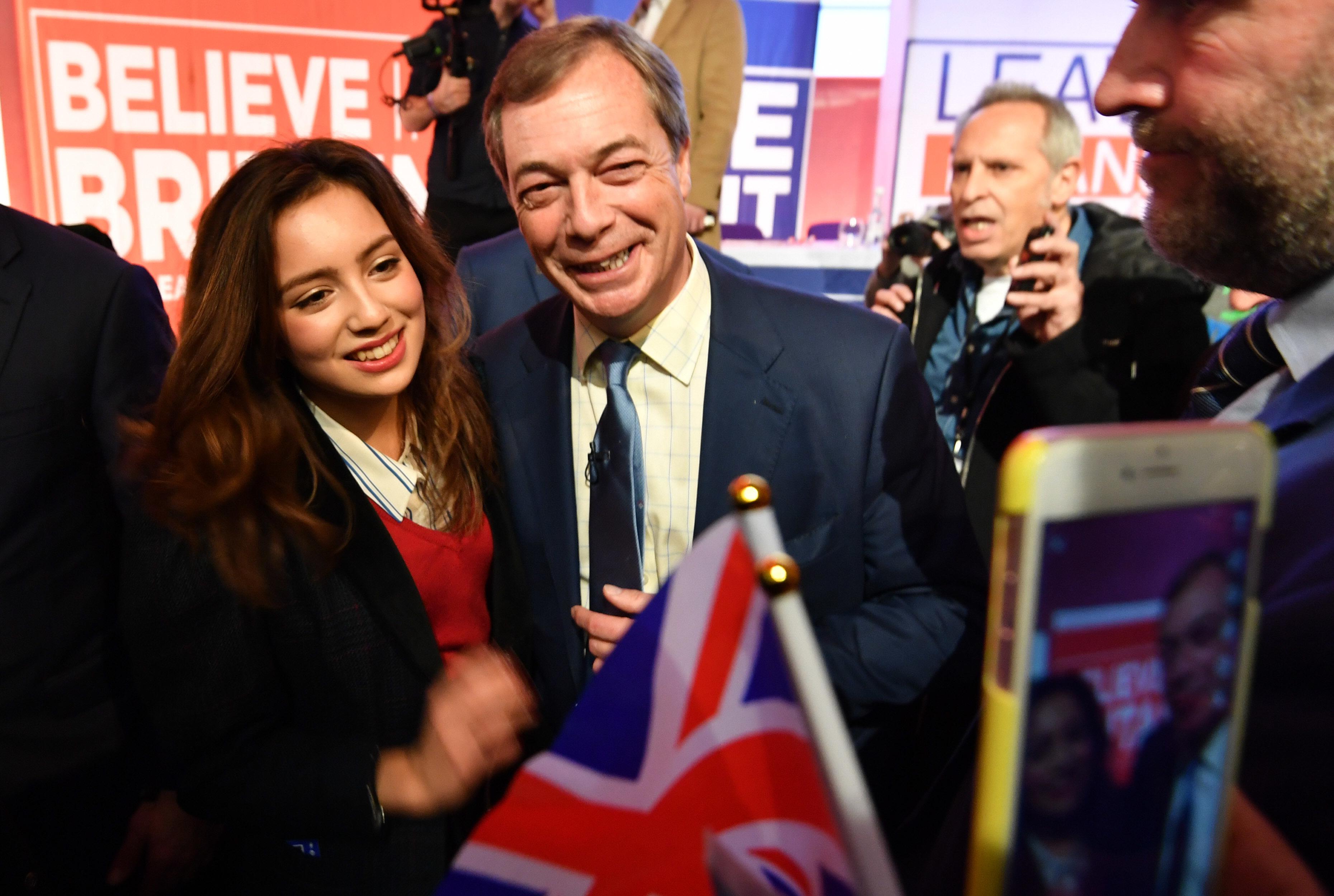 The leader of the European Research Group of Tory MPs said: "It's a distraction from why we wanted to leave.

"We wanted to leave, ladies and gentlemen, because we think we can do better for ourselves.

"But can I urge you, can I implore you to get ready for every situation.

"I think they will, in the next few months, betray us completely and let us be ready not just to fight back, but if it comes, we will win it next time by a much bigger margin." 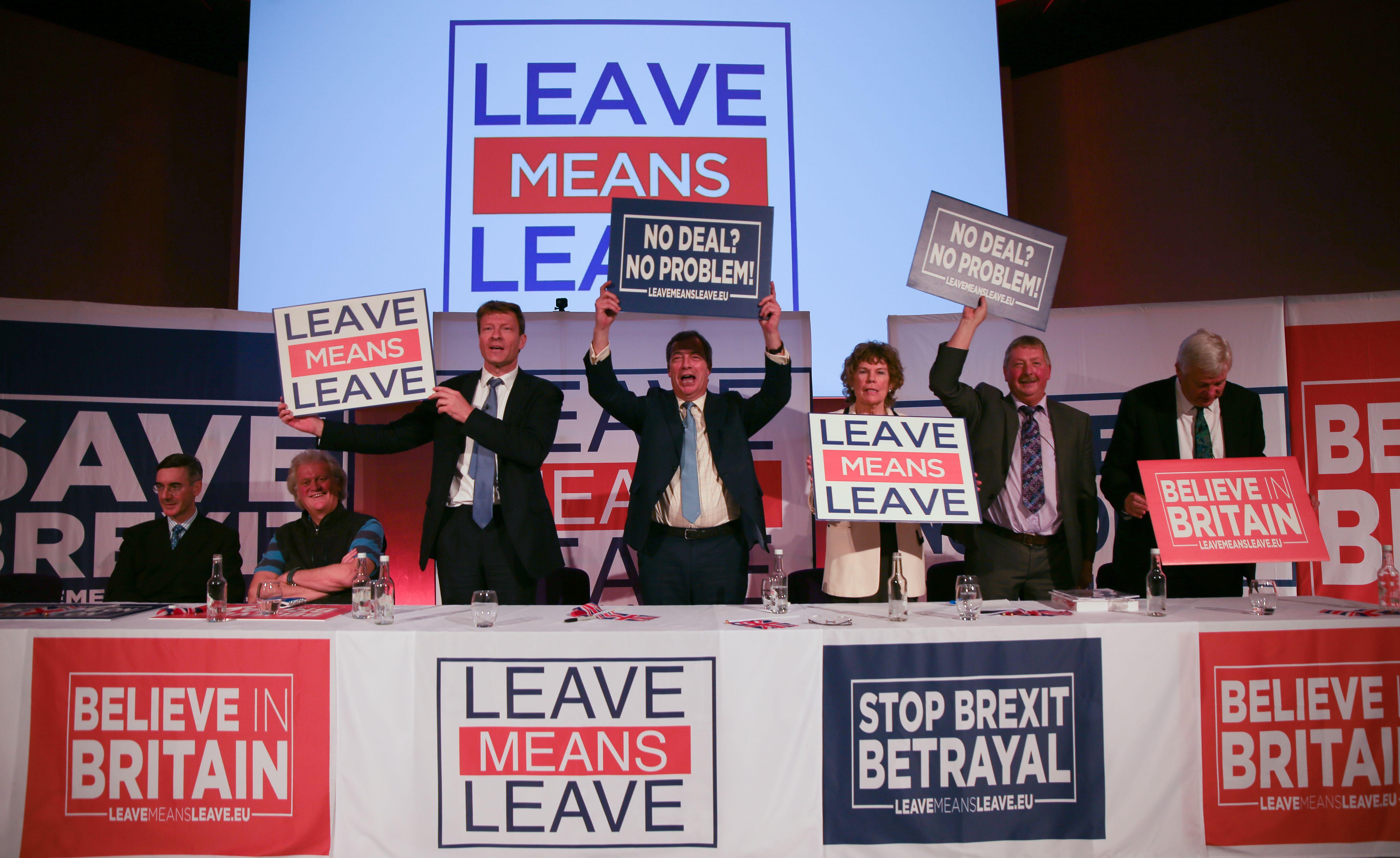 Mr Farage was joined at the event by other prominent Brexit campaigners like JD Wetherspoon's owner Tim Martin, Sammy Wilson of the DUP, and Labour MPs Kate Hoey and Graham Stringer.

Mr Wilson and Mr Farage both made reference to Chancellor Philip Hammond's recent comments that the no confidence vote against Theresa May would "flush out the extremists" in the party.

Mr Wilson said: "In the words of the old Dad's Army theme, who do you think you're kidding Mr Hammond?"

Mr Martin said he had swapped some of Wetherspoon's EU imported products for UK ones, in order to "show some muscle" against EU "scare stories". 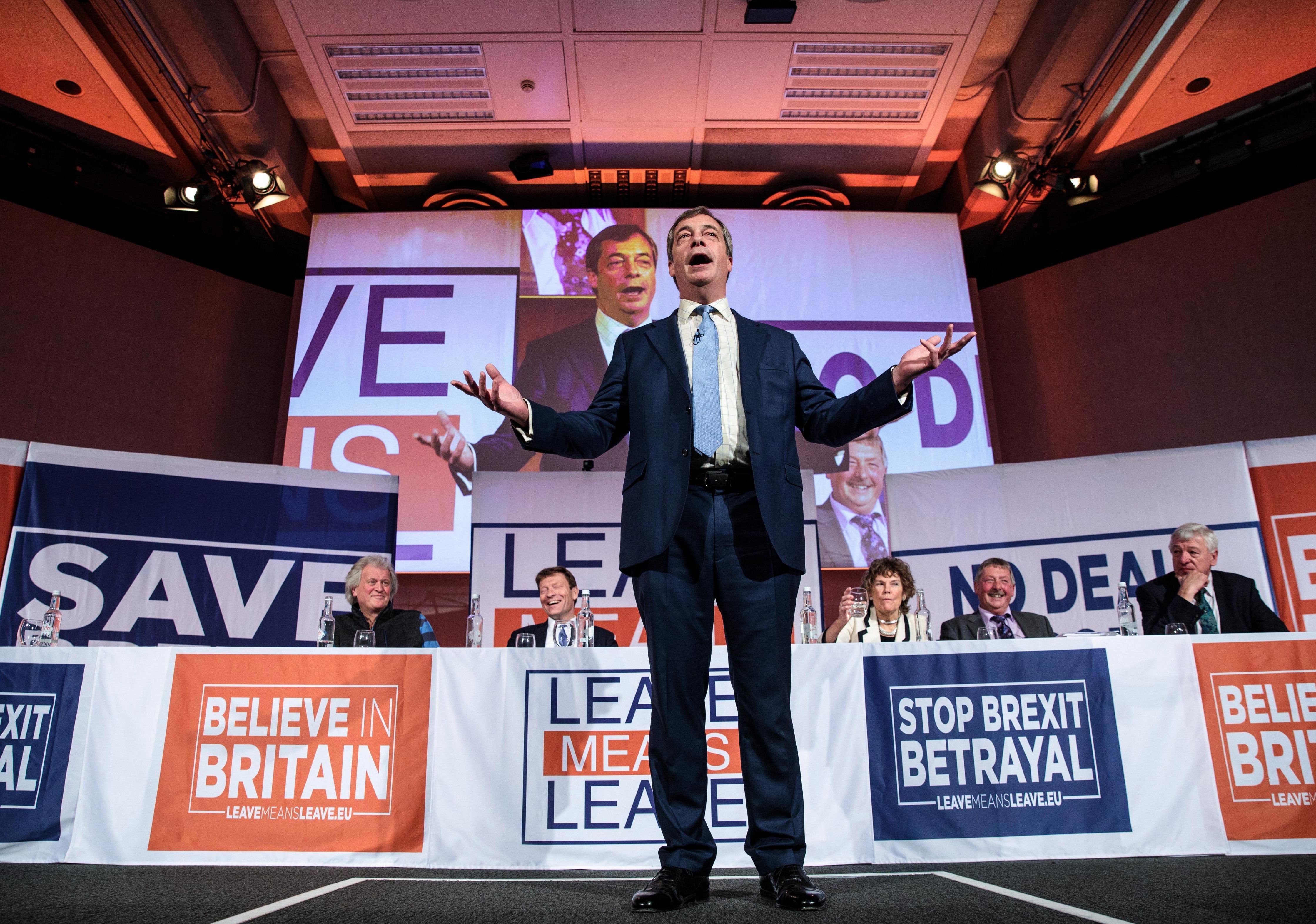 He said: "We at Wetherspoon decided to do a little experiment.

"I'm a free trader, so are you," Mr Martin said addressing the audience.

"But there comes a time, which I think has arrived now, and we have to show a bit of muscle."

The event came as ministers urged the PM to make No Deal Brexit planning Whitehall’s top priority following her humiliation in Brussels.

Mrs May was seen confronting Jean-Claude Juncker after he tore into the UK over its Brexit negotiating strategy at a crunch summit.

The European Commission president branded her "nebulous and imprecise" after she returned to EU leaders to try and resolve the backstop issue.

b, Farage, Nigel, says, there, will
You may also like: