NIGEL Farage has said the UK is "too big to bully" into a second Brexit referendum as he and his fellow MEPs waved British flags to celebrate finally leaving the bloc.

During the last European Parliament session today with Britain as a member, the Brexit Party boss was cheered by his peers for his part in the campaign to leave. 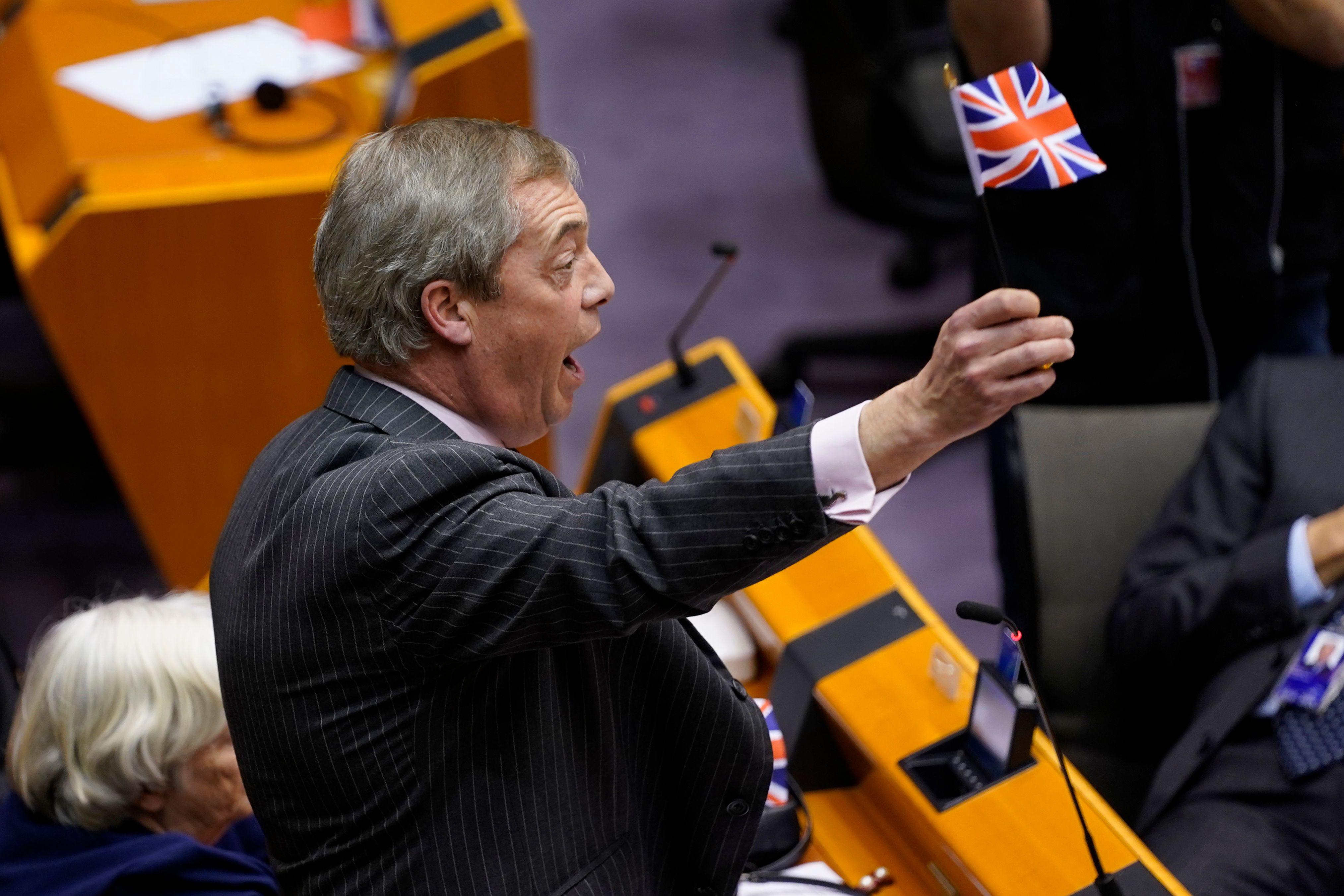 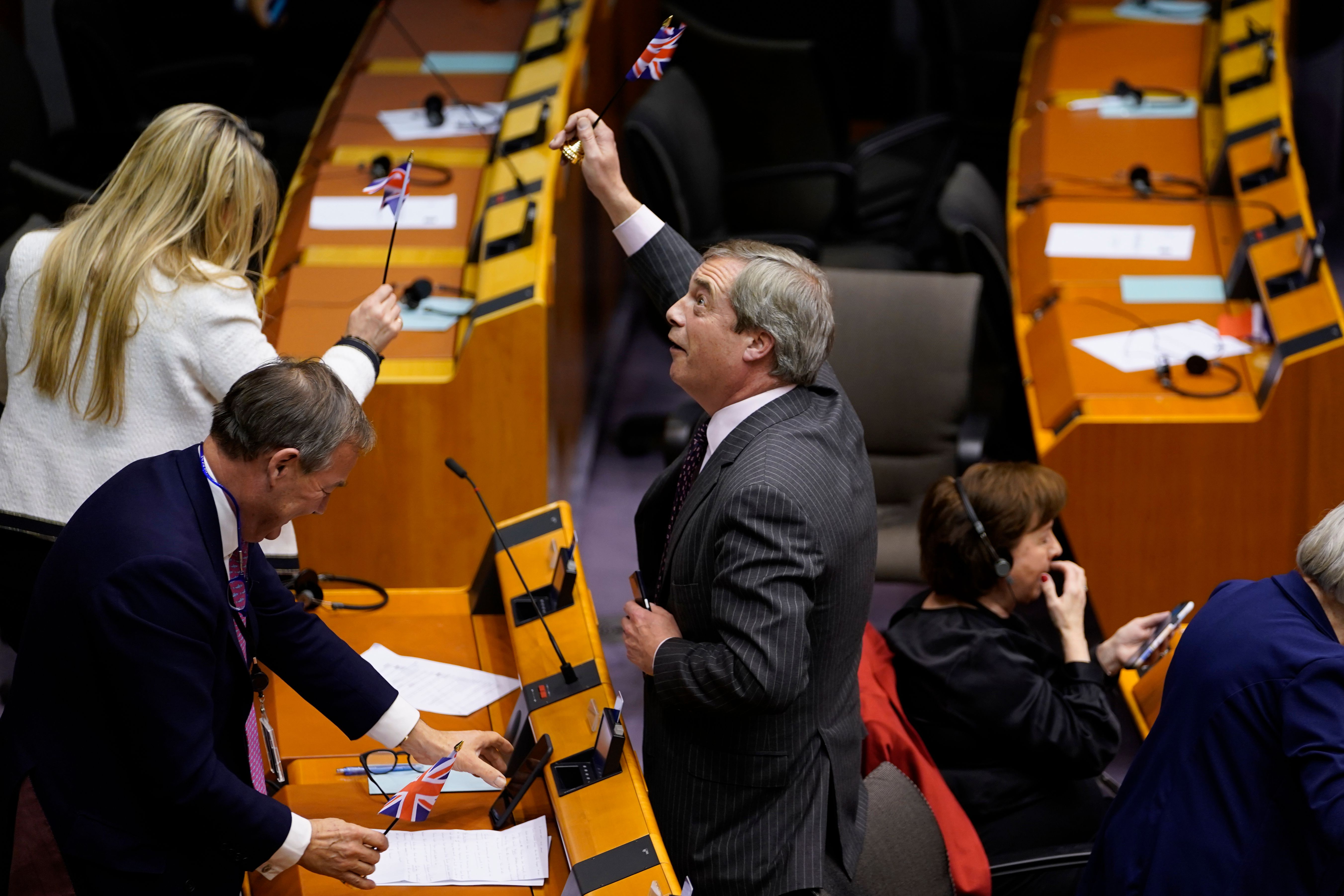 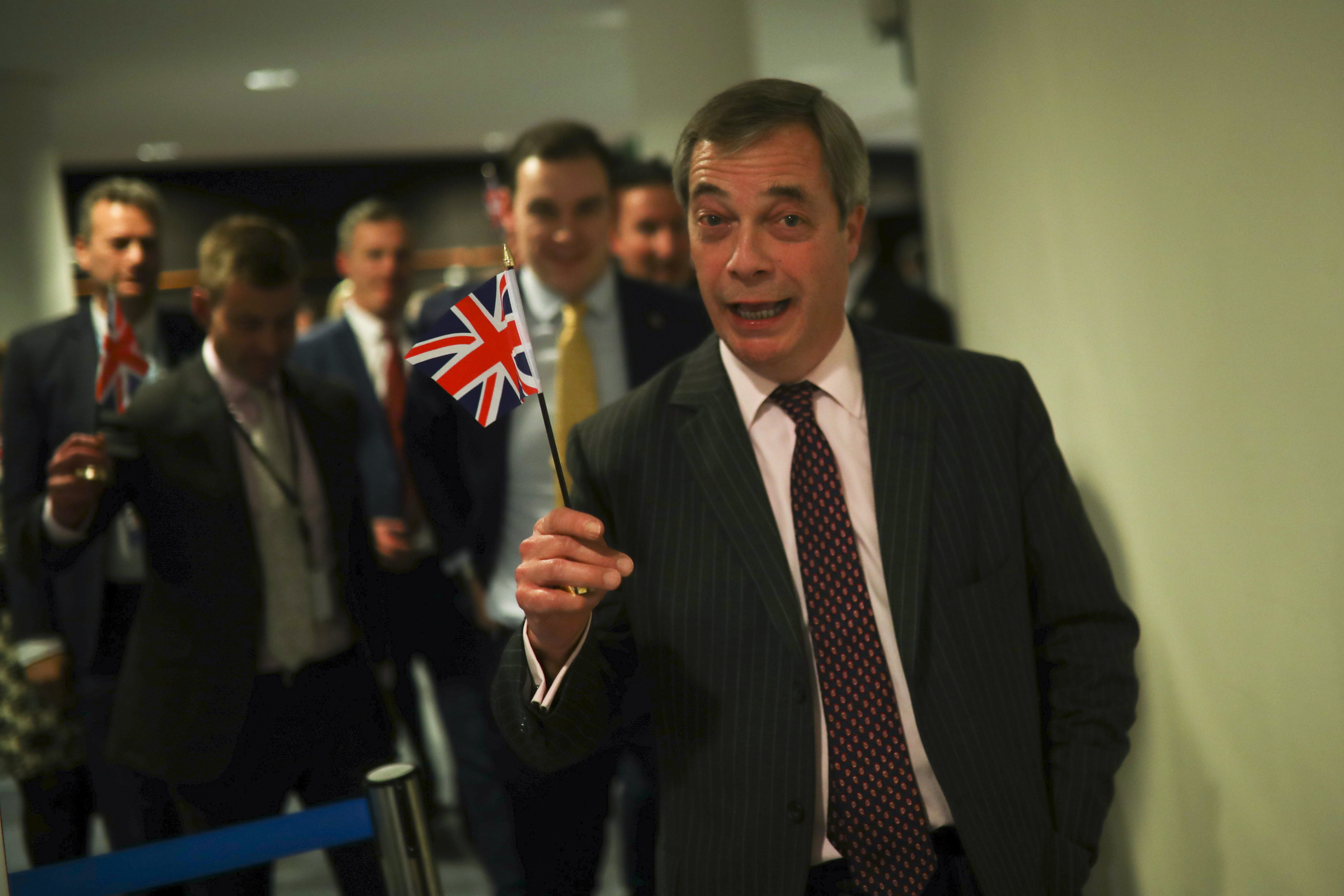 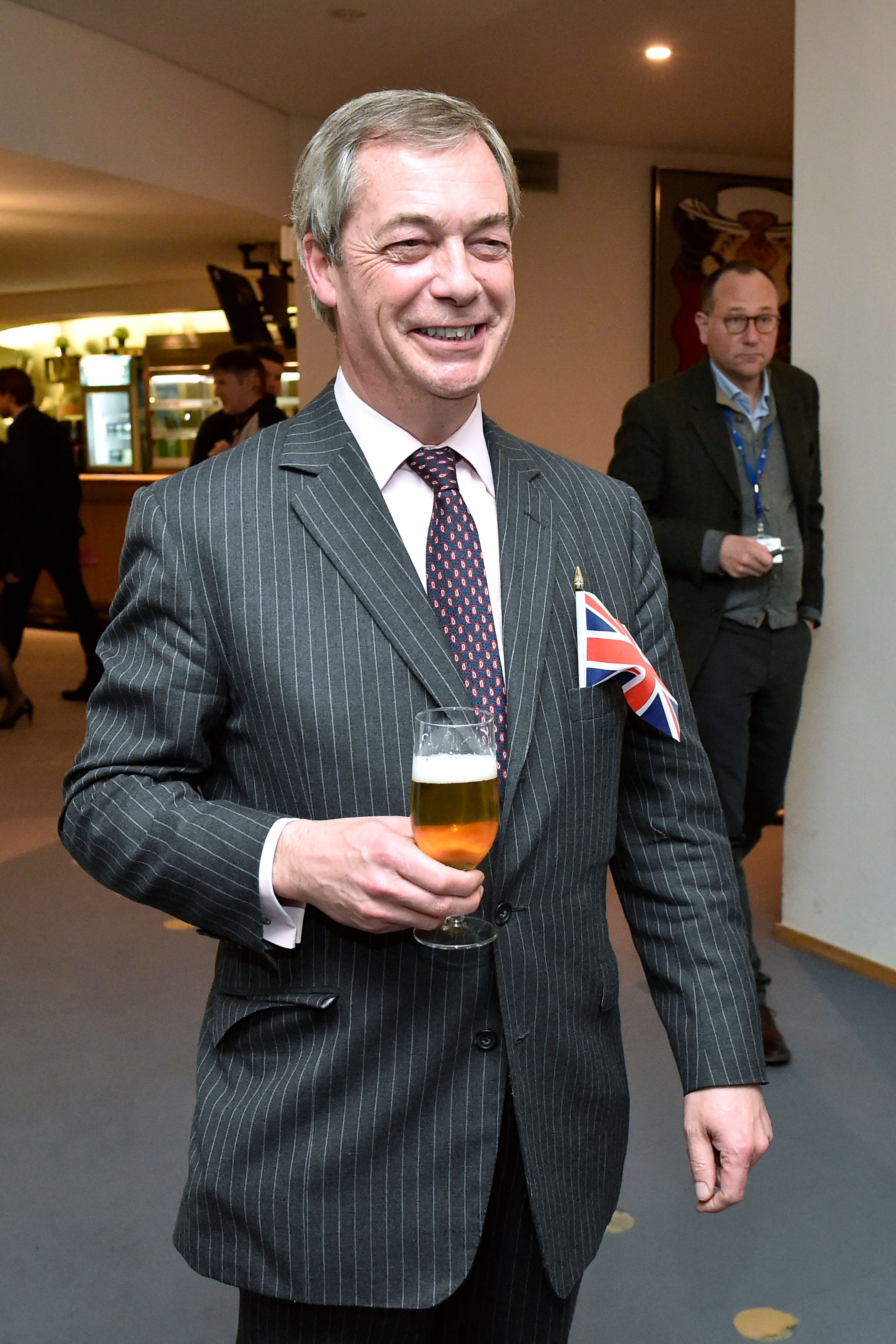 And he vowed: "Once we have left, we are never coming back!"

It came just before the EU Parliament voted by 621 votes to 49 this afternoon.

Addressing MEPs in Brussels Mr Farage insisted Boris has said there will be no sticking by EU rules after we leave, and this is the "point of no return"

And he took his final chance to blast unaccountable EU bosses who "cannot be held to account".

He added: "You are very good at making people vote again… but the British are too big to bully, thank goodness!"

Mr Farage said there would be "no more European Court of Justice, no more being talked down to, no more being bullied… even no more Guy Verhofstadt!"

The pack of Brexit Party MEPs waved British flags – against the rules in the European Parliament – and was told off by officials.

The British are too big to bully, thank goodness!

He was told to "take the flags with you" after his stunt.

In the same session a group of Green MEPs burst into tears as they gave their final speeches – before breaking into an emotional rendition of Auld Lang Syne.

A tearful Molly Scott Cato broke down as she said she hoped she would be back in the EU Parliament.

As her voice broke, she said: "We must keep the dream alive.

"I hold in my heart the knowledge i will be back in this chamber, celebrating our return to the heart of Europe."

Some of her other colleagues were seen visibly crying too.

EU boss Ursula Von der Leyen stressed again the "trade off" Britain would have to make to get good access to EU markets after we leave.

"The precondition is – British businesses continue to compete on a level playing field.
"We will not expose our countries to unfair competition. It's very clear, the trade off is simple."

If Britain sticks close to EU rules it will get a "unique" deal, she added. 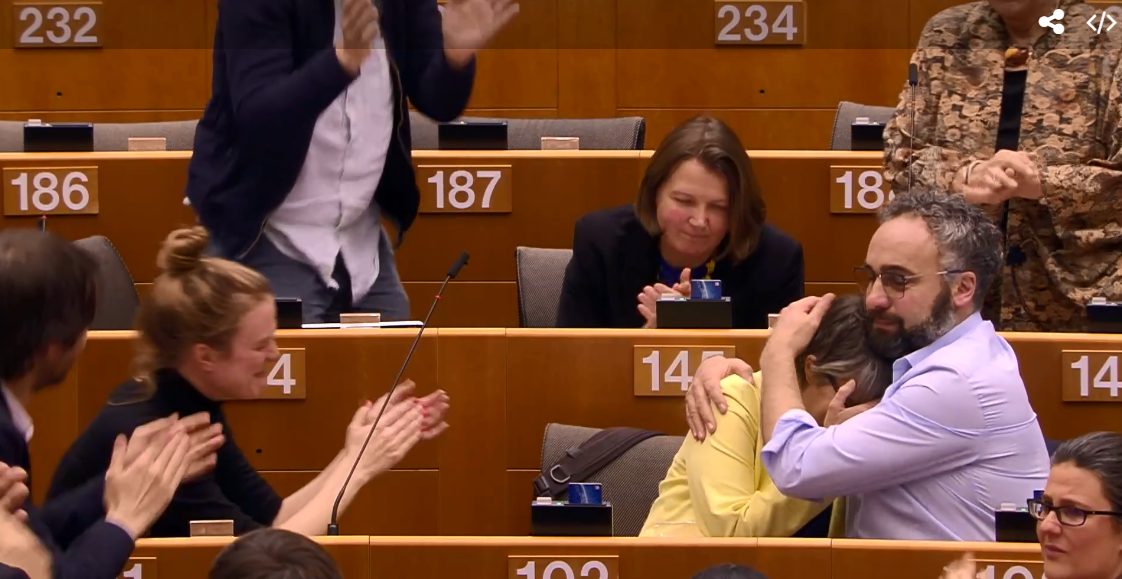 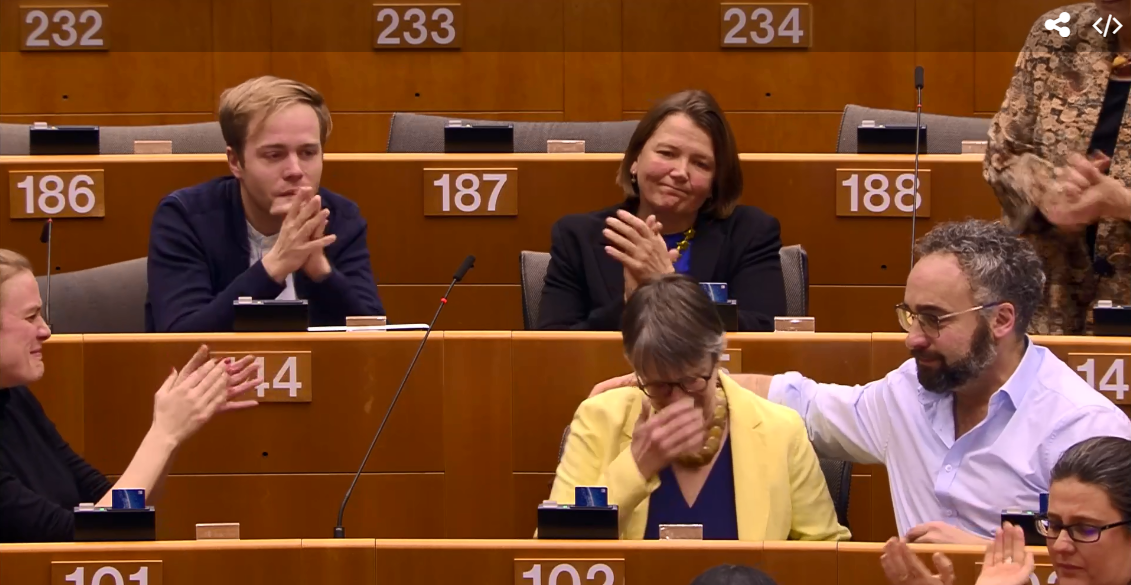 But the PM has already vowed to diverge from the bloc's rules after we leave to finally take advantage of leaving.

Negotiations with the bloc are set to begin in weeks, after Britain officially quits the bloc on Friday night.

But former EU Parliament boss Guy Verhofstadt warned the other MEPs that now was the time to learn the lessons of Brexit.

"Brexit is also a failure of the union," he admitted.

"We have to recognise that = there is a lesson to learn about it.

"We have to deeply reform the union, make it a real union."