Follow
Home » World News » No chickens on Kabul's Chicken Street; no customers either

No chickens on Kabul's Chicken Street; no customers either

Kabul: Every big city has at least one street that's a must-see for visitors: King's Road in London, Stary Arbat in Moscow, Paseo del Prado in Madrid, Via Condotti in Rome.

Only two blocks long, this shabby lane full of competing aromas, lined with shops selling jewellery, antiques, knickknacks, artworks and, especially, Oriental rugs, has been a magnet for generations of foreign visitors looking for Afghan exotica. For decades, about the only thing missing has been chickens.

Now it is also missing foreigners. 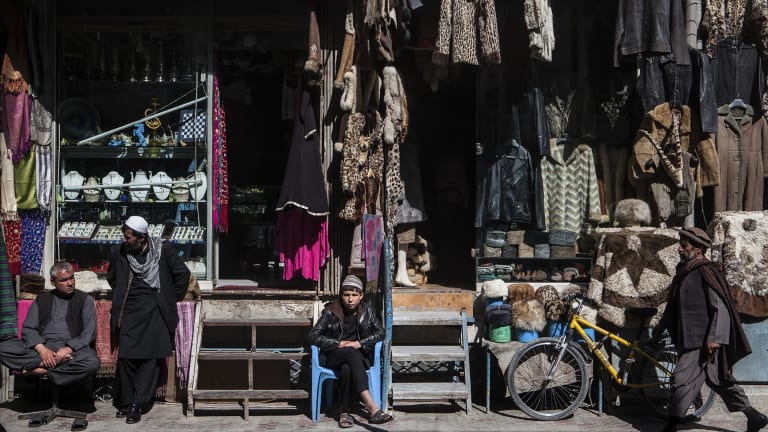 Customers of any sort are thin on the ground. Most of the scores of shops have zero patrons at any given moment; one is unusual, two is a crowd.

But foreign visitors, once Chicken Street's mainstay, are so rare that their arrival creates a sensation. On some days it's so bad, even the beggars don't bother to come to work, and the touts scarcely stir from their stoops.

As with so much in Kabul today, the security situation is to blame.

A steady spate of ever-worsening suicide bombings, including a recent one close to Chicken Street; a lack of faith in a corrupt police force; and rampant crime have done to Chicken Street what a Russian invasion, decades of civil war and even urban combat could not do — driven shoppers away.

Embassies and international organisations, most aid groups and foreign contractors have banned their employees from shopping there, depriving Chicken Street of that precious commodity — customers who bargain poorly and pay dearly.

Herat Carpets is one of the street's most successful rug merchants, but April 13 was the last day in Afghanistan for the owner, Wahid Abdullah. He is moving his main business to Istanbul. "Security" was his one-word explanation.

From the outside, Herat Carpets looks like a tiny, hole-in-the-wall place, but deep in the back is a carpet-lined staircase, leading to a carpet-walled corridor, leading to a series of windowless rooms piled with stacks nearly to the ceiling of Afghan handmade rugs of every description.

Then he lays out carpets, pointing out the abrash on one — the colour shift where a hand weaver had to dye a new batch of yarn — or the rare shade of yellow given by dye from the weld flower on another, or the hard-to-find imperfection on a third.

Only God can be perfect, he said, so each Afghan rug has a mistake woven into the pattern.

Abdullah does not sell customers, he seduces them. On Friday evenings, after work hours, he used to invite over a group of friends to share a bottle of wine in his colourful inner sanctum upstairs.

"The way some men might talk about beautiful women, we would discuss the beauty of carpets," he said.

Take the universal mystery of the badamcha design, Abdullah said. Known in the West as paisley, it is a motif found in rugs throughout the world. He excitedly pointed out a rug whose pattern had paisleys curled inside larger paisleys: "Pregnant paisley!"

Those days are over. Some of his friends left, as he is now doing; others are prevented from venturing out by security concerns. "We are all missing each other and those times," he said.

In some ways, Chicken Street hasn't changed. The range of merchandise remains eclectic, and sometimes disturbing. Snow leopard pelt? Hajji Abdul Razzaq showed off one in a padlocked storeroom under his shop, Kabul Leather — only $US500. Wolf? $US200. 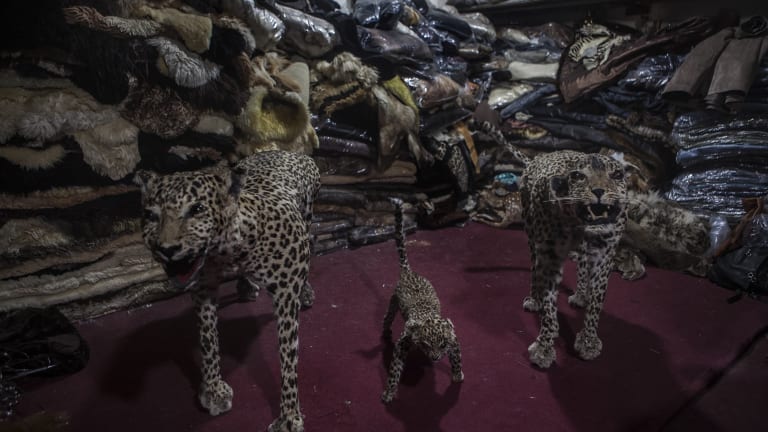 Stuffed cheetahs for sale in the basement of Haji Abdul Razzaq’s store, Kabul Leather, on Chicken Street in Kabul.

Outside, the mouthwatering smell of kebabs grilling over charcoal in long metal trays on the pavement wafts along the street, although nowadays it mingles, probably more than ever, with the odour of raw waste running down open sewers.

When Chicken Street had its greatest boom, in the years right after the US-led invasion in 2001, enterprising developers tore down many of the little two-story shops with their corrugated metal awnings and replaced them with multistoried emporiums, homes to dozens of shops each. But they didn't build new sewers.

That was not what drove Abdullah to pull up stakes for Turkey. "In the end, children make the decision," he said. He worried constantly about his own being snatched on the way home from school. "It wasn't even the bombs so much. Worse than that was the fear of kidnapping."

Shukrullah Ahmadi, a jeweller, learned the hard way about that. 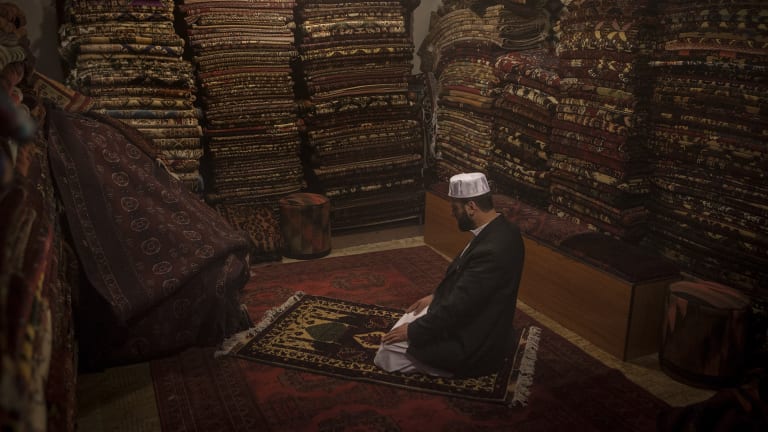 He and his brother Noorullah had just bought an expansive new building on Chicken Street for half a million dollars, complete with a secret covered passageway in the back, leading to a rug and antique furniture shop down the street, which they also owned. This way they could run both shops, popping up in whichever one had patrons.

Kidnappers abducted Noorullah Ahmadi at gunpoint, then sent Shukrullah Ahmadi a video of his brother being tortured; they cut off Noorullah's ear. Shukrullah sold his family's home to raise the ransom money. When he met the kidnappers to hand it over, they were in police uniforms, their faces unmasked.

Shukrullah Ahmadi is still in business, but more heavily armed, he said, and unlike many of the Chicken Street merchants, he is not worried about the decline in customers. He still serves foreigners, often by visiting them in their embassies and offices.

He has many Afghan regulars as well, for stones ranging from black diamonds to star sapphires, Afghan emeralds (poor quality but cheap), jade and tourmaline.

"I'm happy about my business, but worried about security," he said.

Ahmad Wali Shirzad of LS Leather has no plans to stop making leather handbags of camel, goat and calfskin, even though he said business was about the worst he has ever seen. "It's almost as bad as during the Taliban time." But then again, he added, the Taliban time finally ended.

Hardly anyone is left on Chicken Street who can remember when it sold chickens, it was so long ago. Shirzad's father, Atiqullah, started their business in 1975, and recalled a few chicken shops in those days, when it was a poor neighbourhood in the center of the city, but later tourist booms drove rents up and chickens out.

Some local boosters have recently proposed changing the name to Antiques Street; the word "antiques" is similar in English and Dari, the dialect of Persian spoken in Afghanistan.

"That is crazy idea," said Ahmadi, in fluent but slightly fractured English. "Just one street you have any place is Chicken Street. If you say Antiques Street, it could be anywhere in world."