Follow
Home » World News » 'No one needs to be a billionaire', Britain's Labour Party says

'No one needs to be a billionaire', Britain's Labour Party says

LONDON (Reuters) – Britain’s opposition Labour Party will on Tuesday take aim at “obscene” billionaires, pledging a radical redistribution of wealth to cut the power of the super rich who it says bankroll Prime Minister Boris Johnson in return for tax breaks. 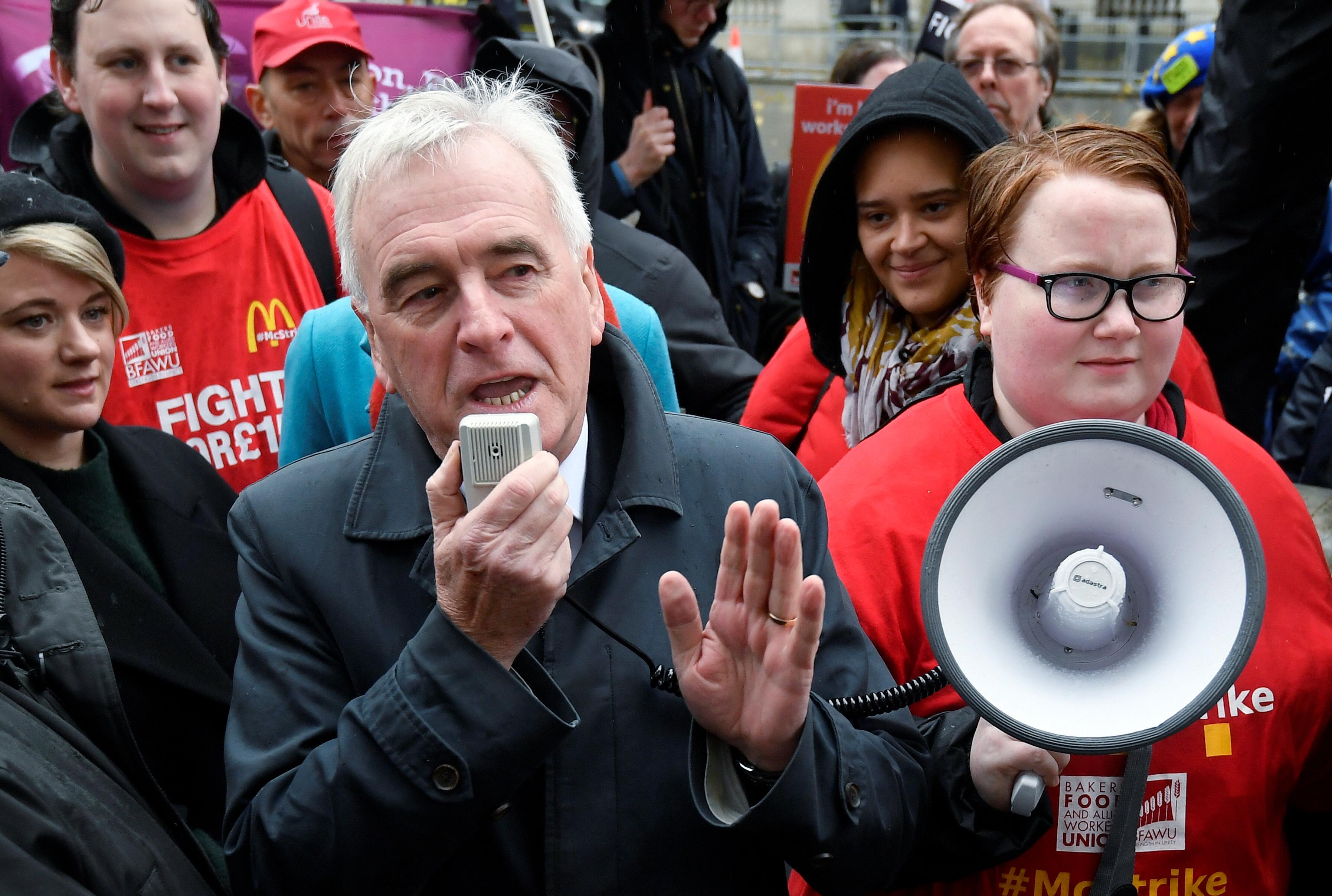 The two main political parties are showcasing starkly different visions for the world’s fifth largest economy ahead of the Dec. 12 election. The Conservatives are promising to deliver Brexit while Labour says it wants to be the most radical socialist government in British history.

Labour said almost a third of Britain’s 151 billionaires have donated more than 50 million pounds ($64.8 million) to the Conservatives since 2005 in return for tax breaks for the wealthy and corporations worth 100 billion pounds.

John McDonnell, the party’s finance minister-in-waiting, will say in a speech he wants to “rewrite the rules of our economy”, casting the election as a chance to overthrow a system where billionaires can buy access to power.

“No one needs or deserves to have that much money, it is obscene,” McDonnell will say, according to excepts of his speech. “It is also obscene that these billionaires are buying access and tax breaks to Boris Johnson’s Conservative Party.”

Labour’s core message — a pledge to redistribute wealth to the many and not the few — was a theme it used in the 2017 election, when the party confounded the polls to deprive then Prime Minister Theresa May of her parliamentary majority.

Labour hopes the message will propel them to power as they trail Johnson’s party in the opinion polls.

The party’s economic policies, which would represent one of the most radical assaults on capitalism seen in a major western economy, include nationalizing the rail, utility and water companies, confiscating 10% of big companies’ shares, a move to a four-day week and higher taxes on the wealthy.

McDonnell said the slogan “taking back control” used by supporters of leaving the EU in the 2016 referendum was mobilized to great effect because many people rightly felt that they have little control over their lives.

“Decisions are made about the companies or services they work in over which they have no say and no influence,” McDonnell will say. “Labour will rewrite the rules of our economy. It’s all about treating people fairly and with the respect they deserve”

The Conservatives said Labour’s tax plans will not hit billionaires and will instead overwhelmingly hurt hard pressed families.

“Labour will massively ramp up spending and would hammer ordinary people with an extra 2,400 taxes pounds every year,” said Simon Clarke, a junior finance minister.