A senior North Korean official has said that the U.S. threw away a golden opportunity for peace at the recent summit in Vietnam, and that North Korean leader Kim Jong Un is considering suspending all nuclear talks.

Vice Foreign Minister Choe Son Hui, addressing an urgent meeting Friday of diplomats and foreign media in Pyongyang, said the North was deeply disappointed by the failure of the two sides to reach any agreements at the Hanoi summit between Kim and President Donald Trump.

She said Pyongyang now has no intention of compromising or continuing talks unless the United States takes measures that are commensurate to the changes it has taken – such as the 15-month moratorium on launches and tests – and changes its ‘political calculation.’

Choe, who attended the February 27-28 talks in Hanoi, said Kim was puzzled by what she called the ‘eccentric’ negotiation position of the U.S. 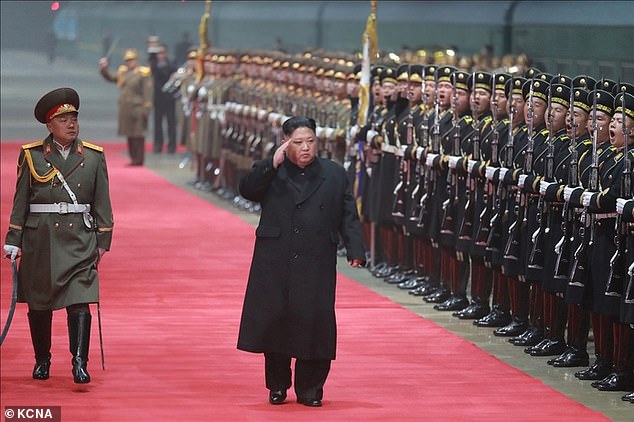 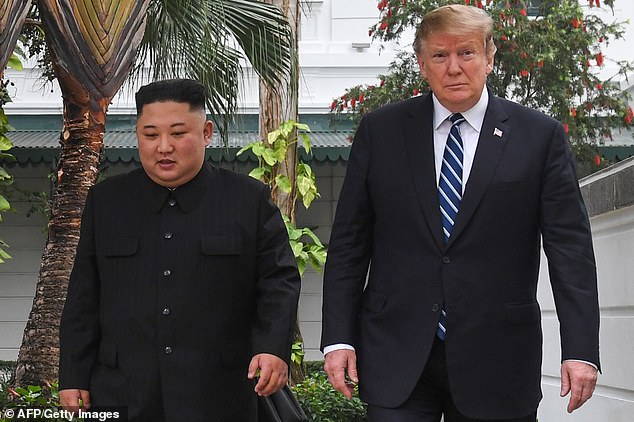 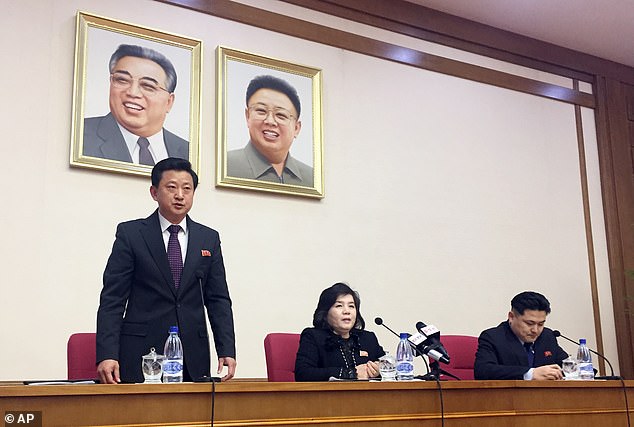 North Korean Vice Foreign Minister Choe Son Hui (center) speaks at an urgent gathering for diplomats in Pyongyang, North Korea on Friday. She said that U.S. threw away a golden opportunity for peace and that Kim Jon Un is considering ending nuclear talks

She suggested that while Trump was more willing to talk, the U.S. position was hardened by the uncompromising demands of Secretary of State Mike Pompeo and National Security Adviser John Bolton.

‘Personal relations between the two supreme leaders are still good and the chemistry is mysteriously wonderful,’ she added.

She said it was entirely up to Kim whether to continue the launch and test moratorium, and said she expects he will ‘clarify his position’ within a short period of time.

‘On our way back to the homeland, our chairman of the state affairs commission [Kim] said, ‘For what reason do we have to make this train trip again?” she said.

‘I want to make it clear that the gangster-like stand of the U.S. will eventually put the situation in danger. We have neither the intention to compromise with the U.S. in any form nor much less the desire or plan to conduct this kind of negotiation.’ 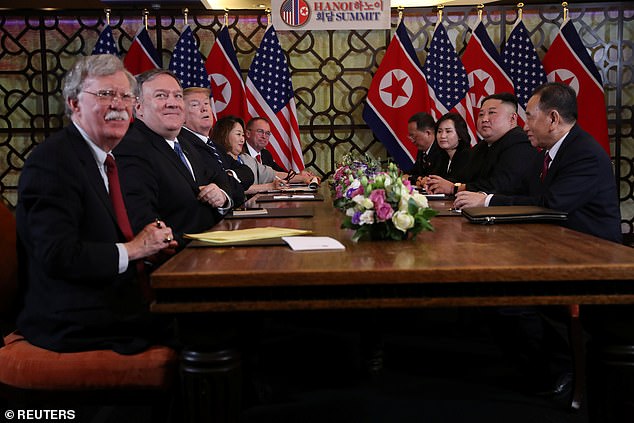 Choe suggested that Trump had been reasonable at the talks, but that National Security Advisor John Bolton (far left) and Sec. of State Mike Pompeo (second left) derailed things

Choe questioned the claim by Trump at a news conference after the talks in Hanoi broke down that the North was seeking the lifting of all sanctions against it, and said it was seeking only the ones that are directed at its civilian economy.

After the summit had ended, State Department officials clarified that was indeed the North’s position, but said the lifting of economic sanctions was such a big demand that it would essentially subsidize the North’s continued nuclear activity.

Choe said it was the U.S. that was being too demanding and inflexible.

‘What is clear is that the U.S. has thrown away a golden opportunity this time,’ she said. ‘I’m not sure why the U.S. came out with this different description. We never asked for the removal of sanctions in their entirety.’

‘This time we understood very clearly that the United States has a very different calculation to ours,’ she added. 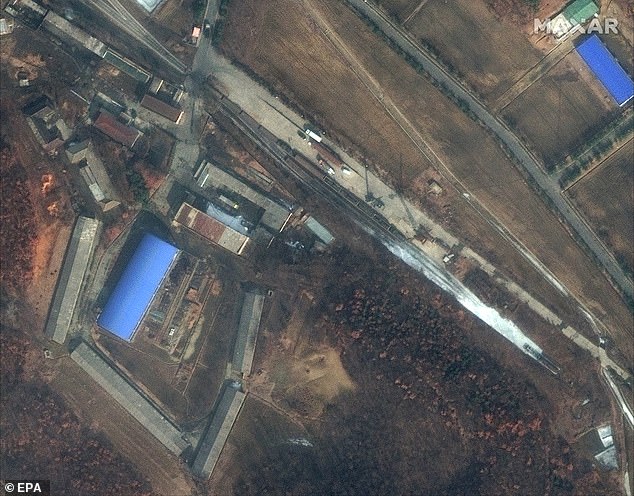 An aerial view of the Sanum-dong site, a missile and space launcher production facility, in North Korea. According to reports, recent activities that have been observed from satellites at the Sanum-dong facility suggest that North Korea may be preparing for a new round of testing

She refused to comment directly when asked by one of the ambassadors about news reports the North may be preparing for another missile launch or satellite launch.

‘Whether to maintain this moratorium or not is the decision of our chairman of the state affairs commission,’ she said, using one of Kim’s titles. ‘He will make his decision in a short period of time.’

Journalists were not allowed to ask questions during the briefing, which lasted nearly an hour.