Kim spoke for seven hours before members of the ruling Workers’ Party and warn of ‘protracted’ struggle ahead. 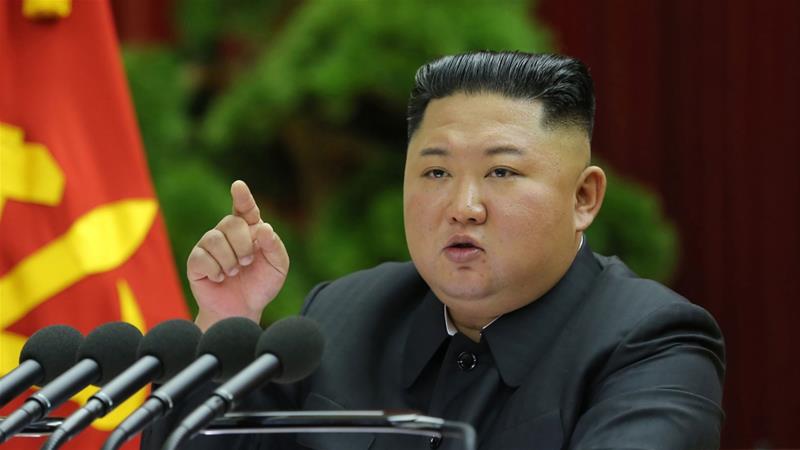 North Korean leader Kim Jong Un has called for active “diplomatic and military countermeasures” to preserve the country’s security in a lengthy speech at a key political conference possibly meant to legitimise important changes to his nuclear diplomacy with the United States.

Kim spoke during the ruling Workers’ Party meeting, which is expected to continue for the fourth day on Tuesday, according to the Korean Central News Agency.

During his seven-hour speech on Monday, Kim issued national goals for rebuilding North Korea’s economy and preparing active and “offensive political, diplomatic and military countermeasures for firmly preserving the sovereignty and security of the country,” the state media said on Tuesday.

On Wednesday, Kim is expected to use his annual New Year’s address to announce significant changes to his economic and security policies.

Some experts believe Kim could use the speech to declare he is suspending his nuclear negotiations with Washington, which are in a deadlock over disagreements in exchanging sanctions relief and disarmament, and he could possibly revive confrontation by lifting a self-imposed moratorium on nuclear and long-range missile tests.

KCNA did not report any decisions made at the party meeting or mention any specific comment by Kim towards the US.

But it said Kim noted that the Workers’ Party is determined to enter “another arduous and protracted struggle,” possibly referring to efforts to overcome US-led sanctions and pressure, before concluding his speech with calls for “dynamically opening the road” towards building a powerful socialist nation. 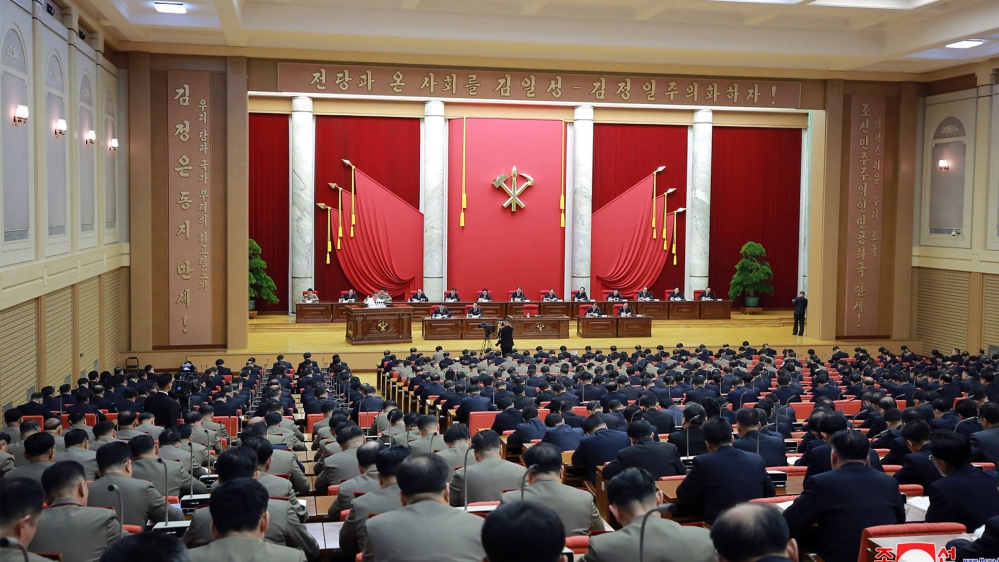 KCNA said the party is working to draft a resolution based on the agenda laid out by Kim and plans to discuss an unspecified “important document.”

In his New Year’s speech to begin 2019, Kim said his country would pursue an unspecified “new path” if the administration of President Donald Trump persists with sanctions and pressure on North Korea.

Negotiations faltered following the collapse of his second summit with Trump in February, where the Americans rejected North Korean demands for broad sanctions relief in exchange for the dismantling of an ageing nuclear facility in Yongbyon, which would only represent a partial surrender of its nuclear capabilities.

The North said earlier this month it conducted two “crucial” tests at its long-range rocket launch facility, raising speculation it has been developing a new long-range missile or preparing a satellite launch.

US Secretary of State Mike Pompeo said the Trump administration still believes it “can find a path forward to convince the leadership in North Korea that their best course of action is to create a better opportunity for their people by getting rid of their nuclear weapons.”

“We’re watching what they’re doing here in the closing days of this year, and we hope that they’ll make a decision that will lead to a path of peace and not one towards confrontation,” Pompeo said in an interview Monday morning with Fox and Friends.

asia, Kim Jong-un, north korea
You may also like: