Notorious serial killer may be responsible for 21 unsolved murders

Notorious serial killer who nicknamed himself ‘Hannibal Lecter’ may be responsible for 21 unsolved murders on top of four killings he pleaded guilty to, investigators say

The latest case to be tied to Colorado serial killer Scott Kimball, who dubbed himself ‘Hannibal Lecter’, is in Utah, where authorities are reviving a 1998 cold-case homicide.

According to search warrant filed in Logan County, Colorado, in December of 2017, ‘Kimball told Colorado investigators that he killed 21 people, one of them being a hitchhiker on a bridge near Hite, Utah, in 1998 or 1999.’

Citing that confession and other evidence, investigators said on Tuesday that Kimball, who is currently serving 70 years in prison after pleading guilty to second-degree murder charge, is the only person of interest in the 1998 slay of an unidentified woman known only as the Maidenwater victim. 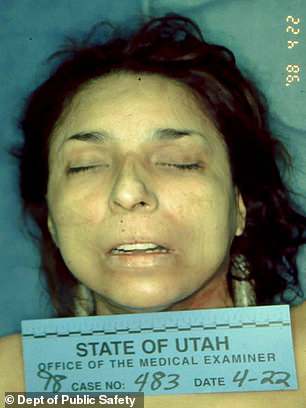 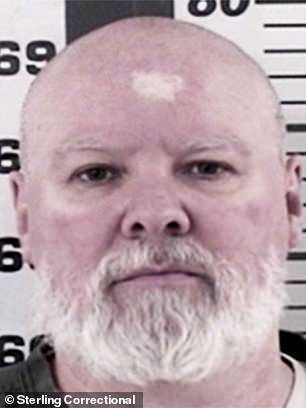 Did he do it? Utah authorities are looking into the unsolved 1998 murder of an unidentified woman in her 30s or 40s (left), which they believe might be the handiwork of convicted serial killer Scott Kimball (right) 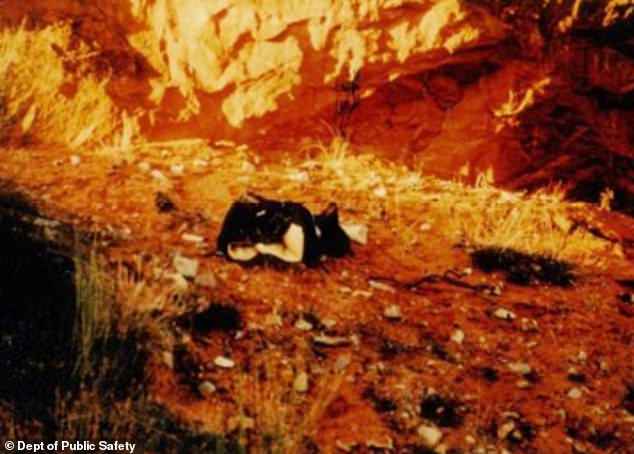 The woman’s body was covered with plastic bags, wrapped in duct tape, tied with a rope and placed inside a sleeping bag 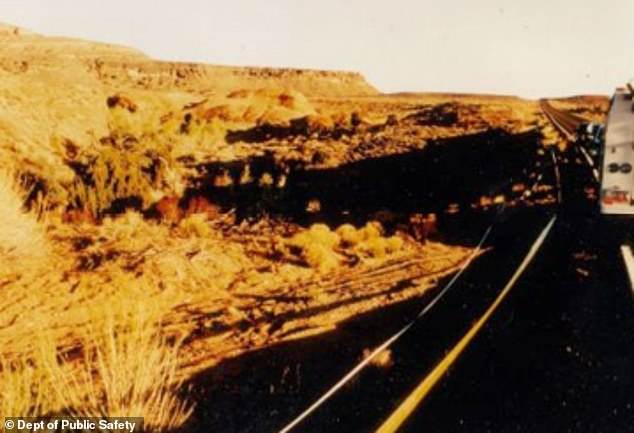 The body was found on the side of Utah State road 276, about 36 miles north of Lake Powell

State Bureau of Investigation Agent Brian Davis says that evidence includes a complicated rope knot like one used on a Kimball victim and a colorful child’s play rug matching one his son had in 1998, when he was five years old.

When first speaking with Emry, Kimball had used the alias ‘Hannibal,’ giving himself the sinister nickname inspired by the character of a cannibalistic serial killer in the hit thriller The Silence of the Lambs.

His deadly spree began a month after he was released from prison in 2002 to become an FBI informant in a drug case.

Kimball has previously denied in involvement in other cold-case killings. 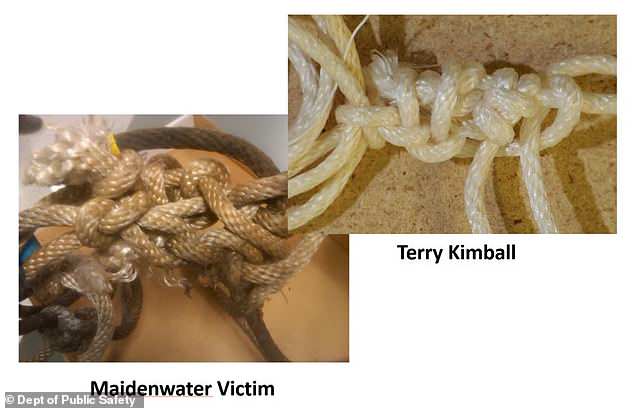 Evidence: The Utah ‘Jane Doe,’ known as the Maidenwater victim, was tied up with a complicated rope knot like the one Kimball used on his uncle, Terry Kimball 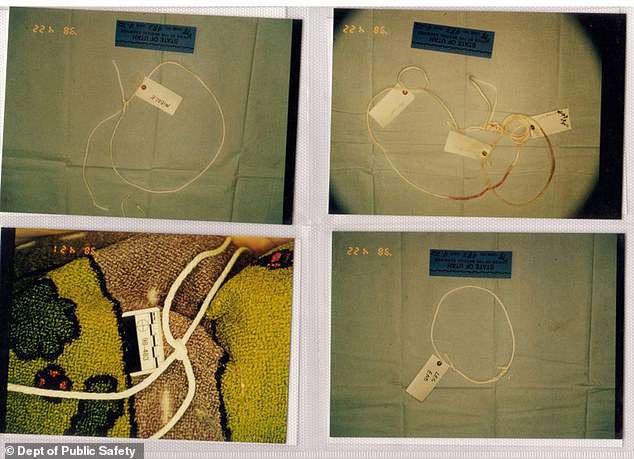 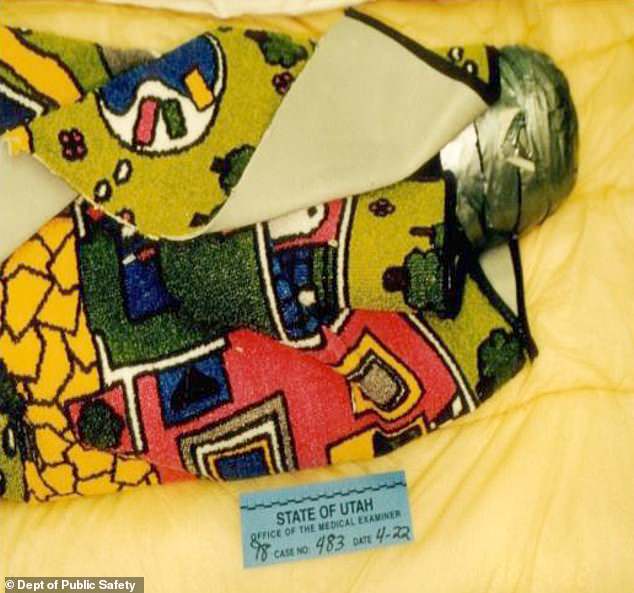 The woman’s body was wrapped in this distinct play rug matching one his son said he had in 1998, when he was five years old

According to a 2001 press release from the Utah Attorney General’s Office, on April 20, 1998, a woman’s body was found on the side of Utah State road 276, about 36 miles north of Lake Powell.

The victim was described as being between 37-45 years old, 5-foot-1 to 5-foot-3 in height and weighing 112lbs, with dark-brown, wavy shoulder-length hair and brown eyes.

She was covered with plastic bags, wrapped in duct tape, tied with a rope and placed inside a sleeping bag before being wrapped in carpet.

Investigators have been able to determine that Kimbell was in Southern Utah around the time the Jane Doe murder occurred.

Two of Kimball’s confirmed victims were found in Utah near the location where the unidentified victim turned up.

‘At this point, Scott Kimball is our sole suspect,’ said Agent Davis.

According to a SBI report from last year, in August 2017, Davis and another agent traveled to the Sterling Correctional Facility in Colorado to interview Kimball about the 1998 cold case. 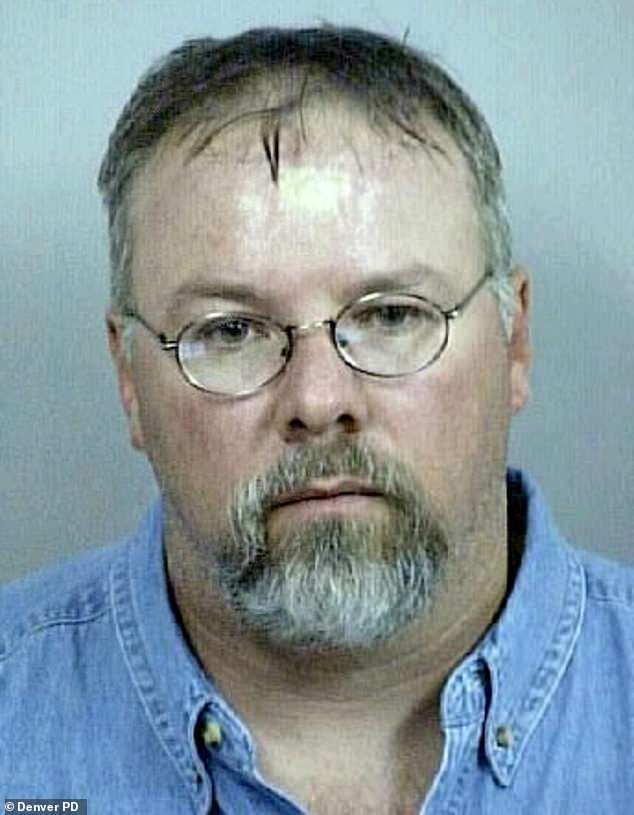 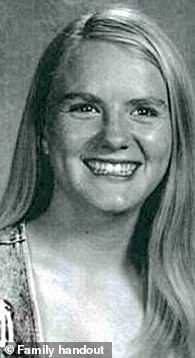 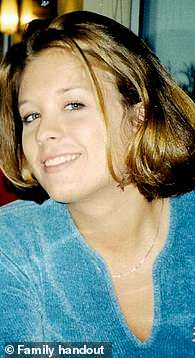 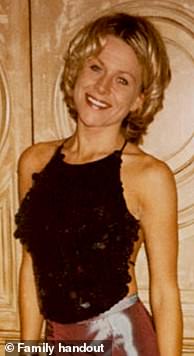 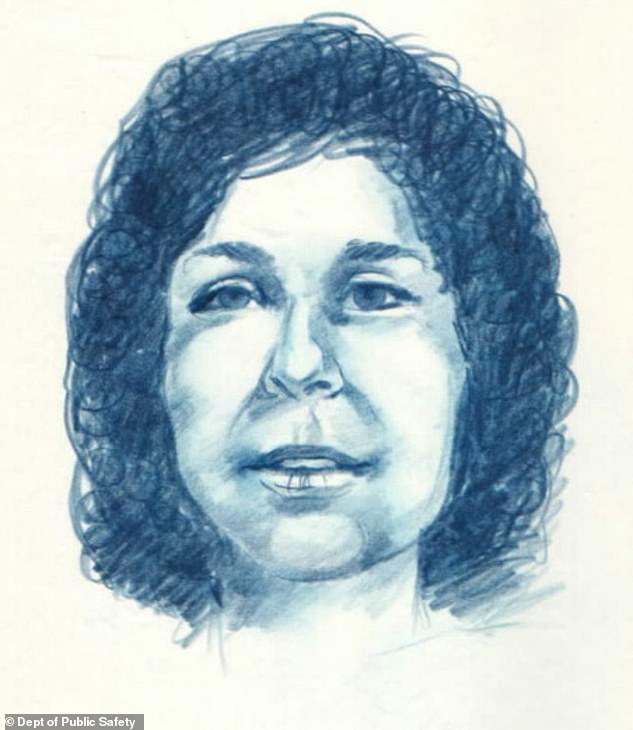 Who is she? Police are asking for the public’s help in identifying the slain Utah Jane Doe, seen here in a sketch

‘Ultimately, Scott denied any knowledge or involvement with this murder,’ the report said. ‘He stated that his statements from previous interview, in which he hinted at having involved, were all ‘made up’. He stated he did that to try and help himself, and improve his situation.’

After a two-and-a-half-hour interview, the convicted murderer told the agents that if they had ‘real evidence’ tying him to the April 1998 killing, then they would arrest him.

Anyone with information on this case or the identity of the victim is being asked to call DPS at 801-887-3800.