Nurse, 28, faces prison after accepting bribe to smuggle cocaine and cannabis worth £2,500 into jail 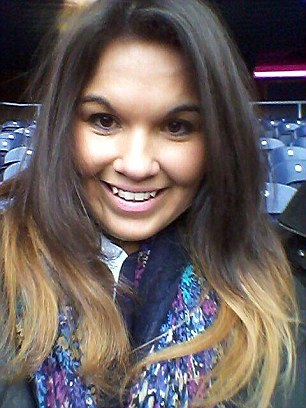 Mental health nurse Hannah Dagg, 28, faces prison after admitting to smuggling cocaine and cannabis resin into a prison in April

A shamed nurse is facing prison and the ruin of her career after she admitted to smuggling drugs into a jail.

Hannah Dagg was working at HMP Grampian in Scotland when she accepted a bribe to sneak cocaine and cannabis resin into the prison.

She secreted a vial of cocaine within her body and hid a package of the second drug within a shoe and attempted to pass through security.

However, Peterhead Sheriff Court heard the 28-year-old was caught by a sniffer dog as she made her way inside the £140 million facility on April 19.

Fiscal depute Ruairidh McAlister said: ‘She arrived at work and a protection dog was operating in the security area. The dog immediately indicated at her.

‘When she removed her shoes they contained a wrap of cannabis resin.

‘A search was carried and she admitted she was concealing further items internally.’

Two bars of cannabis resin were recovered and a capsule of cocaine was discovered on her person.

Mr McAlister said the street value of the cannabis resin was valued between £100-£310 and the cocaine was anywhere from £170-£200. But their value together within the prison was worthy ‘five times’ more, worth up to £2,500. 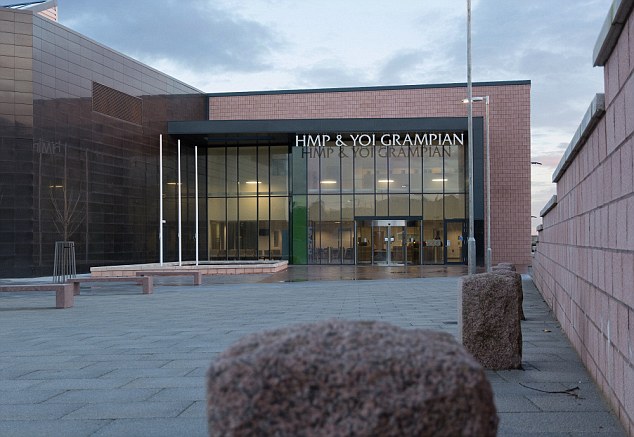 She was charged with two counts under the Misuse of Drugs Act 1971 relating to the supply of a controlled drug.

The court heard that during questioning by police Dagg said she had been supplying drugs to an inmate at the Peterhead facility.

Mr McAlister said: ‘She told the police that she had agreed with a named prisoner to take phone calls from a woman on the outside.

‘Her role was to conceal these items and hand them over. She received payment for this.’

Dagg’s defence agent Nina Derrin said her client, a mental health nurse, had herself been struggling with a series of mental health issues. 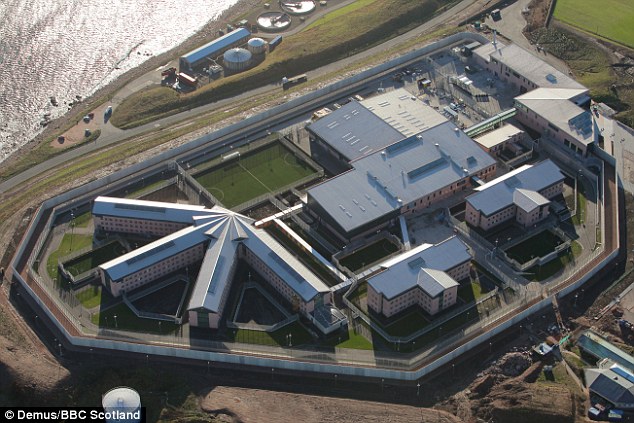 Mr McAlister said the street value of the cannabis resin was valued between £100-£310 and the cocaine was anywhere from £170-£200. But their value together within the prison was worthy ‘five times’ more, worth up to £2,500. Pictured: HMP Grampian

She said: ‘Miss Dagg has been suffering from severe depression, suicidal thoughts and borderline personality disorder.

‘She is meeting with a counsellor on a regular basis. This was something out of character for Miss Dagg.’

Sheriff Christine McCrossan said it was a ‘serious matter’ and remanded Dagg in custody.

Sentence was deferred until July 31 for a criminal justice social work report.

An NHS Grampian spokeswoman said: ‘We are aware of the ongoing proceedings but are not able to comment at this time.’

Dagg has already been issued with an interim suspension order by the Nursing and Midwifery Council (NMC) which means she cannot work for 18 months.

A report explaining the decision said: ‘Unless Dagg’s case has already been concluded or there has been a material change of circumstances, a panel will review the interim suspension order at a review meeting within the next six months and every six months thereafter.’

'Smoking kills' could be printed on EVERY cigarette under MP proposals

Plane rolls off Texas runway, but all on board escape fiery crash