Nursery school teacher, 22, who stabbed pupils with PAPER CLIPS because they wouldn't nap is jailed for eight months

The 22-year-old jabbed more than 20 students on their arms, legs and buttocks if they didn't go to sleep when instructed.

Lan told the Baqiao People's Court at a hearing that she was trying to scare the misbehaving children and regretted her actions.

"I am very, very sorry. I understand that I mismanaged the children," she the court on January 29 before she was sentenced to eight months behind bars on Tuesday.

According to a statement released by the Baqiao People's Court, the woman, who is a recent university graduate in education, grossly mistreated and abused the children under her care.

"As a parent myself, I am deeply angered by the defendant's behaviour," the judge told the court. 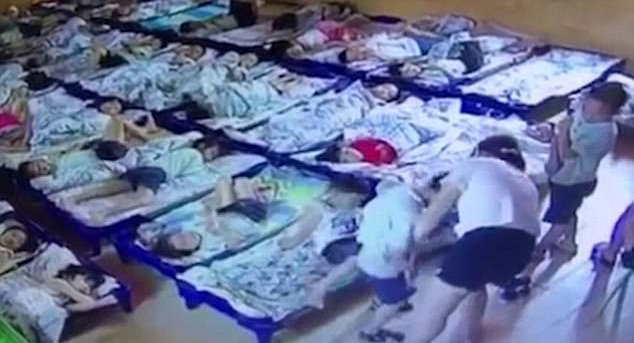