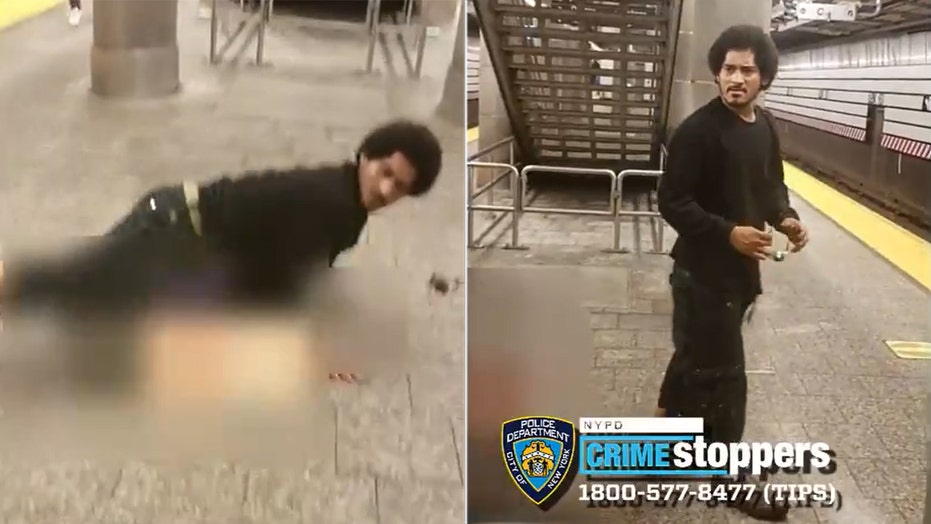 The NYPD is looking for the suspect seen in disturbing cellphone video attempting to brazenly rape a woman on a Manhattan subway platform.

Police said the "brutal sexual attack" happened as the 25-year-old woman was waiting for a Q train at a station in midtown Saturday morning.

Police released a photo of the suspect taken from the video.

The video shows the man on top of the woman and then walking away after picking up a pair of sunglasses he had dropped.

NBC 4 New York reported that those who saw what was happening yelled at the attacker, “Hey get off her!” as the woman screamed for help.

"This is disturbing and disgraceful. No one should ever have to experience this type of horrific attack in the transit system," MTA spokeswoman Abbey Collins told the WNBC-TV.

“The MTA is working closely with the NYPD to find the suspect and hold him accountable to the fullest extent of the law," she said.

hunts, in, nypd, seen, suspect, vid
You may also like: