A POLICE officer has been filmed striking a New York George Floyd protester so hard that he broke his baton.

The officer is seen reaching back and swinging at a young man during a scuffle at Friday's Manhattan Union Square protest. 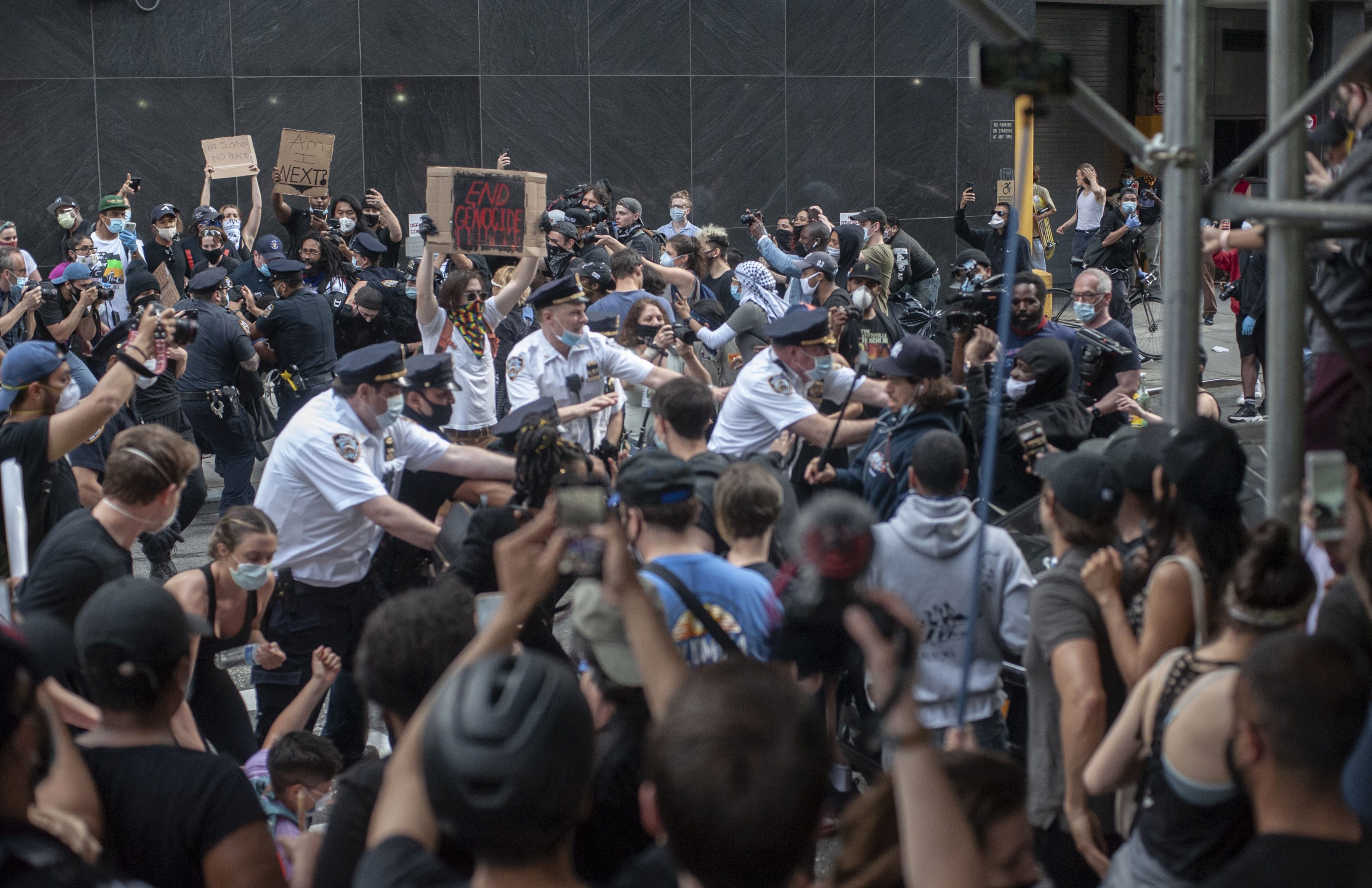 The stick can be heard breaking and falling on the floor feet away as the cop hits the protester, who is raising his arms anticipating the blow.

The policeman then kicks the protester in the legs as he tries to bundle him into the chaos that's happening around them.

New York, officers were also filmed pushing people to the ground as protesters try to help others from the grasps of the authorities. Some police can be heard telling others to back up.

One woman screams "Black Lives Matter" as she is carried off to a police van by two officers.

At least 14 protesters were taken into custody during the demonstrations in Union Square. 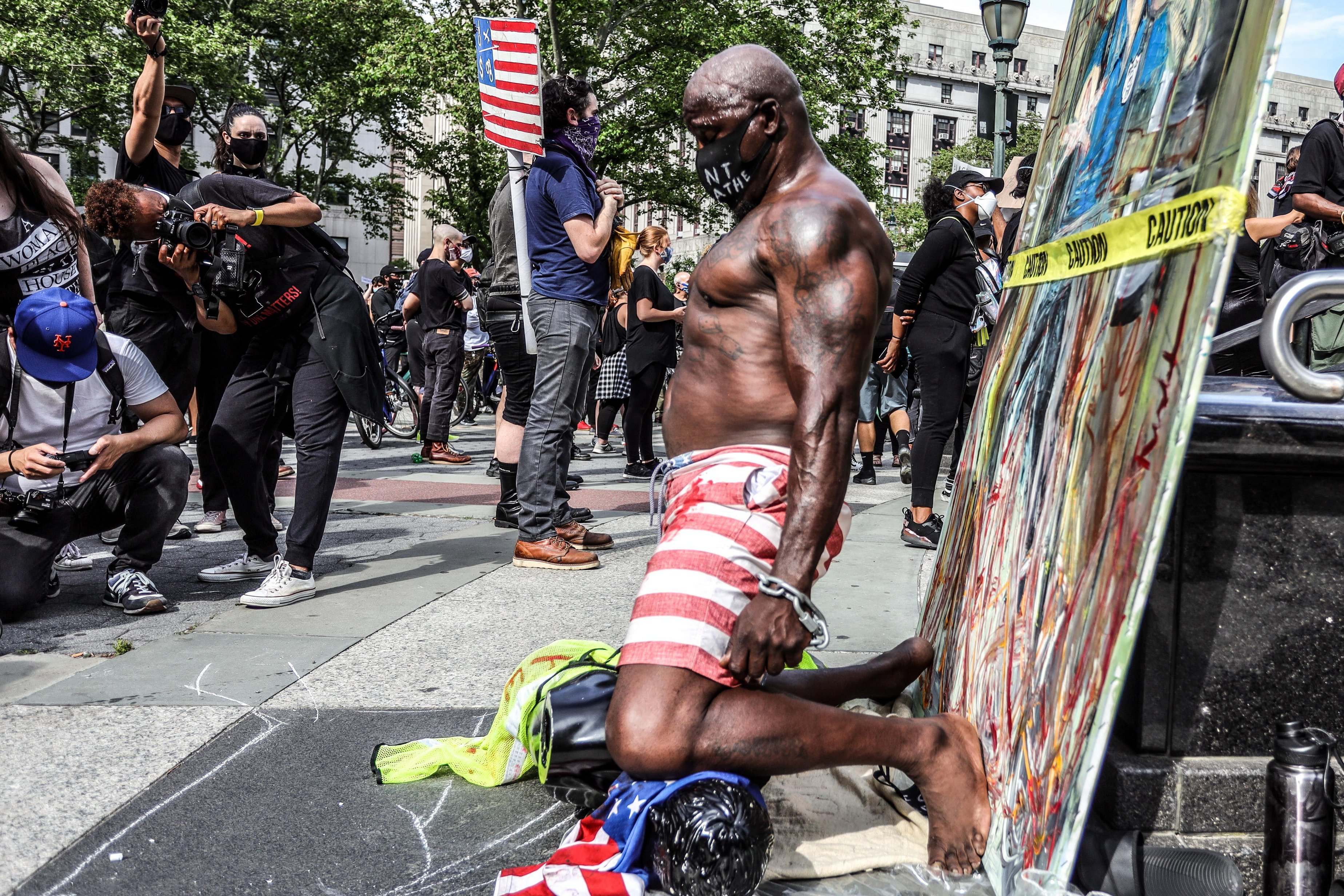 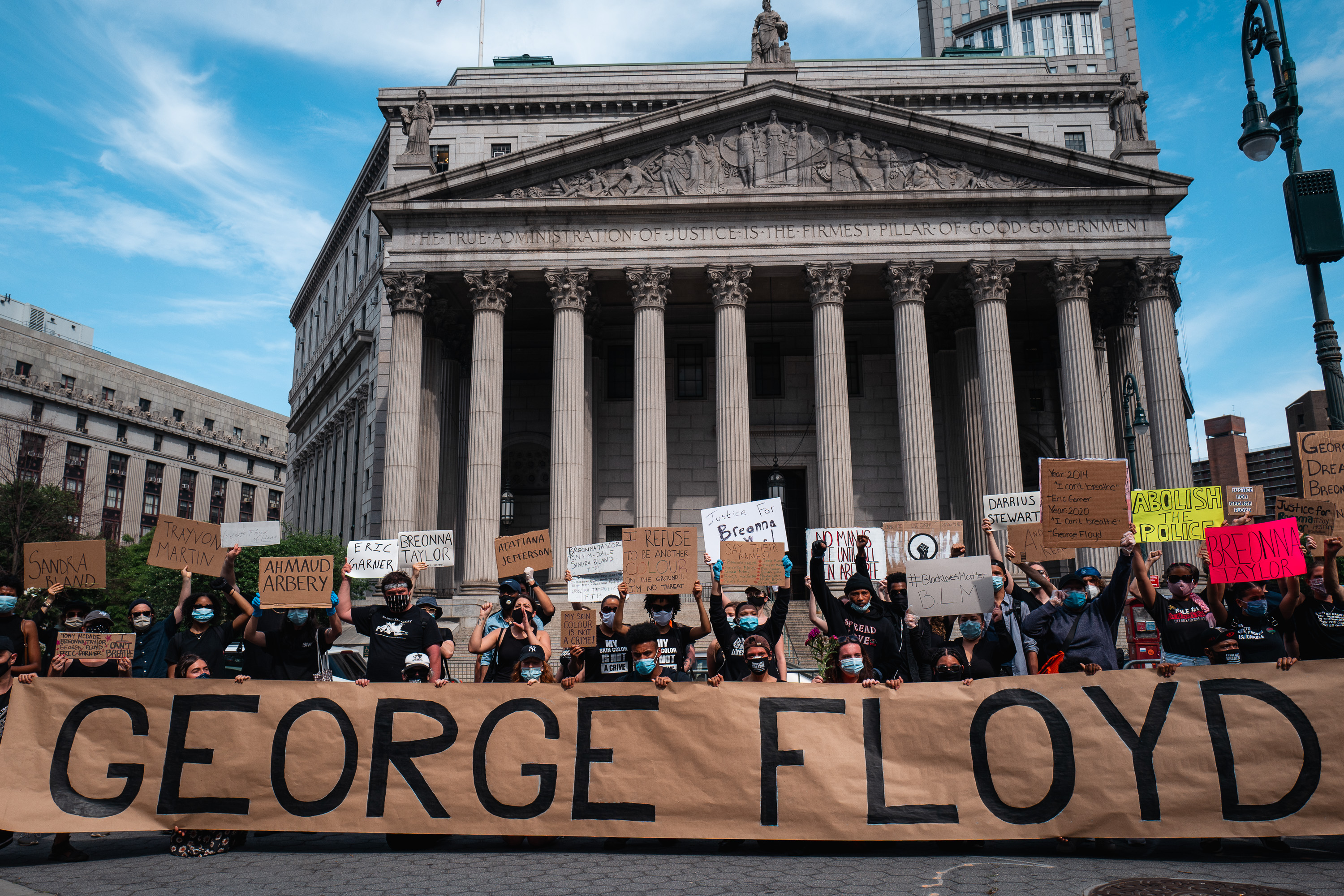 Crowds can be heard chanting: "No justice. No peace. F**k these racist a*s police."

Both police and protesters were blocking the streets around Union Square at various points, some of those involved were wearing masks but many weren't.

Another clip shows officers involved in a scuffle with one group of protesters.

Someone in the background can be heard instructing white people to go to the front, so that they can create a barrier of protection around other protesters.

Several white protesters go to the front and form a barrier, continuing to scream at police.

Anger has been mounting since shocking video footage in Minneapolis on Monday showed officer Derek Chauvin with his knee pressed against handcuffed Mr Floyd's neck as he lay face down in the street after his arrest.

The former truck driver, 46, can be heard gasping for breath saying "I can't breathe". He died moments later.

The 44-year-old cop was taken into custody four days after the disturbing footage went viral and caused protests across the US over a dark spate of police officers killing unarmed black men. 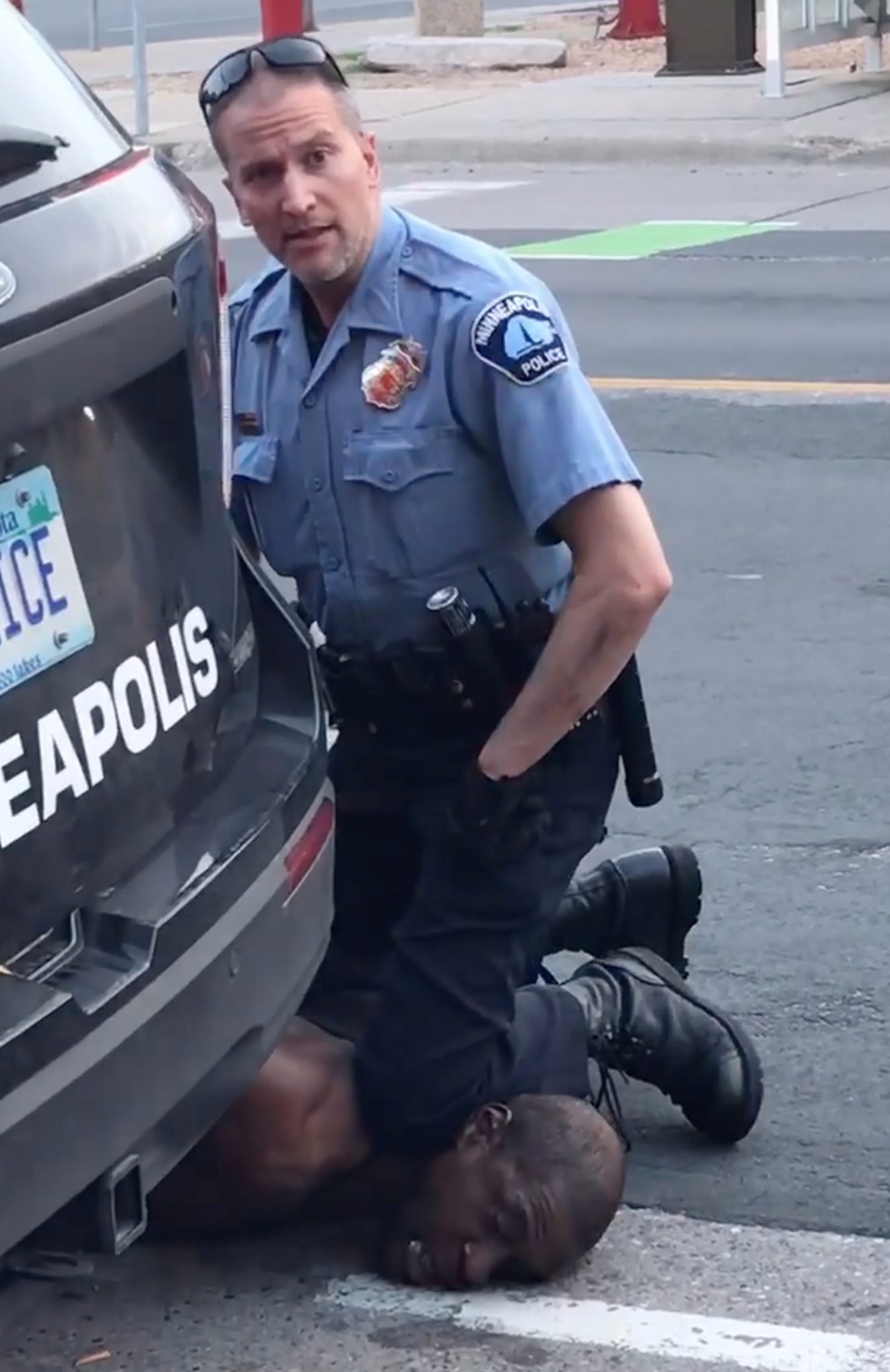 Chauvin was one of four officers fired over Floyd's death earlier this week however, Public Safety Commissioner John Harrington did not provide details on the other three cops.

An autopsy report revealed earlier on Friday that the violent restraint by Chauvin and three other officers contributed to Floyd's death.

Protests over Floyd's death have spread nationwide and has resulted in rioting in Minneapolis, where a police precinct was overrun and set on fire overnight on Thursday.

Meanwhile, dozens of other demonstrations opposing police brutality sprung up across the US – with violence breaking out in Atlanta, where protesters were seen smashing windows at a CNN office in the city.

Protesters faced off with the Secret Service and burned American flags outside the White House while chanting "No justice, no peace". 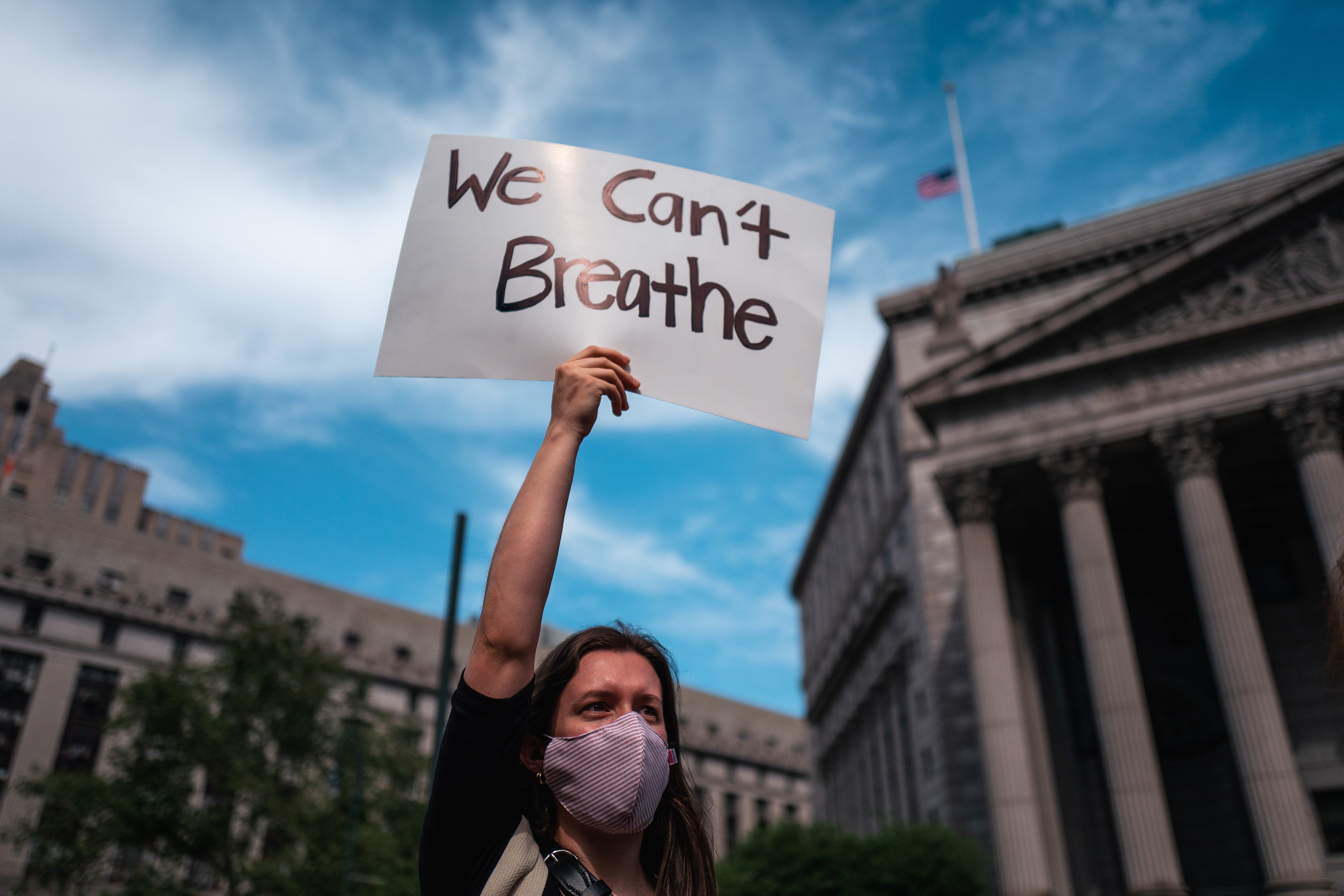 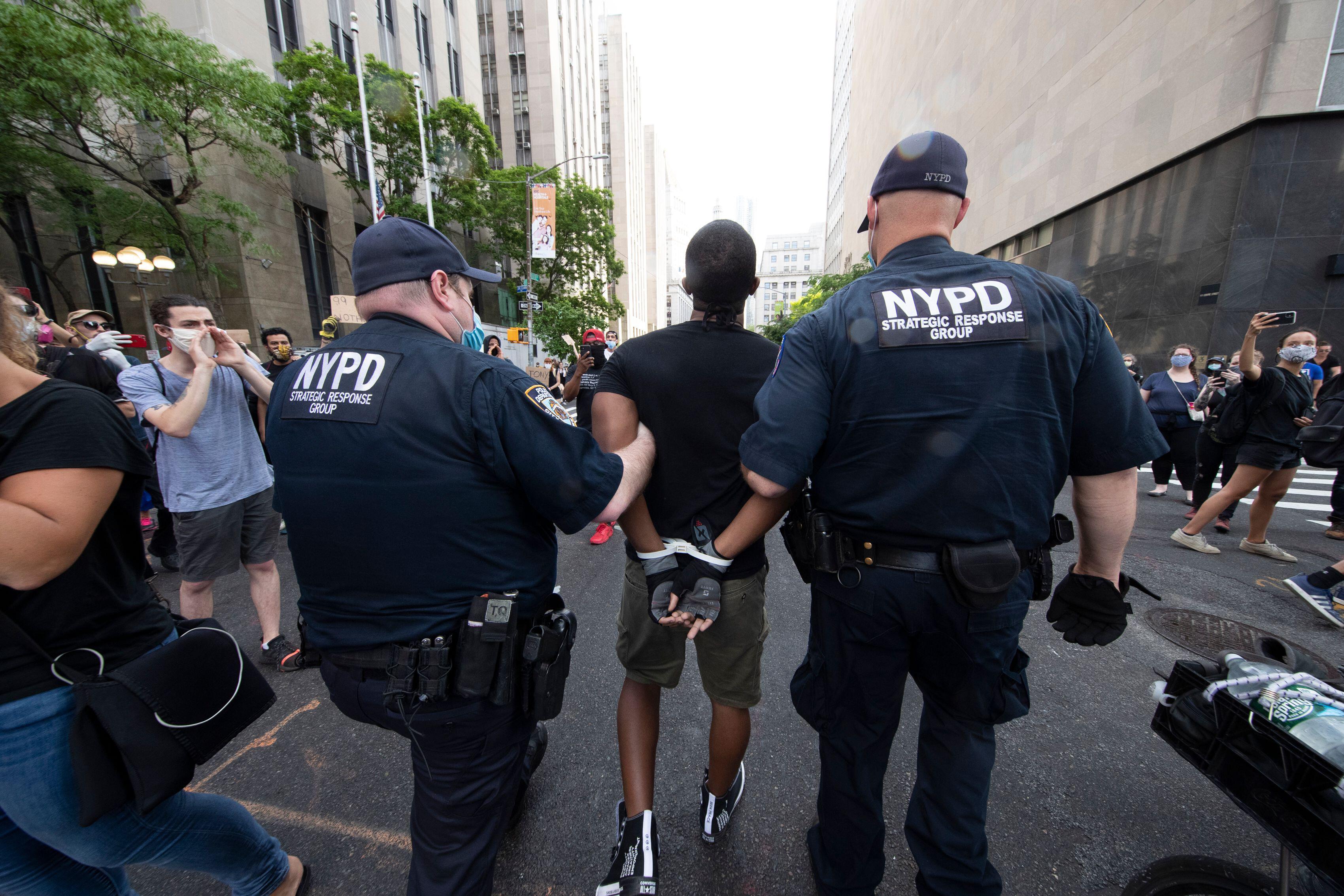 Others scaled the walls of buildings and vandalized them, spray-painting phrases like "F**k 12", an anti-police slang term.

Earlier Donald Trump threatened to send in the military, saying: "When the looting starts, the shooting starts", sparking yet more anger.

Elsewhere the protests spread across the US as:

CNN reported that the doors to the White House briefing room were locked and Secret Service agents did not allow anyone off the grounds.

Minnesota Gov. Tim Walz on Friday acknowledged the "abject failure" of the response to this week's violent protests and called for swift justice for police involved in the death of George Floyd.

Walz said the state would take over the response and that it´s time to show respect and dignity to those who are suffering.

He said: "Minneapolis and St. Paul are on fire. The fire is still smoldering in our streets. The ashes are symbolic of decades and generations of pain, of anguish unheard"

"Now generations of pain is manifesting itself in front of the world – and the world is watching."

"We just want the police officer to be held accountable for his actions." 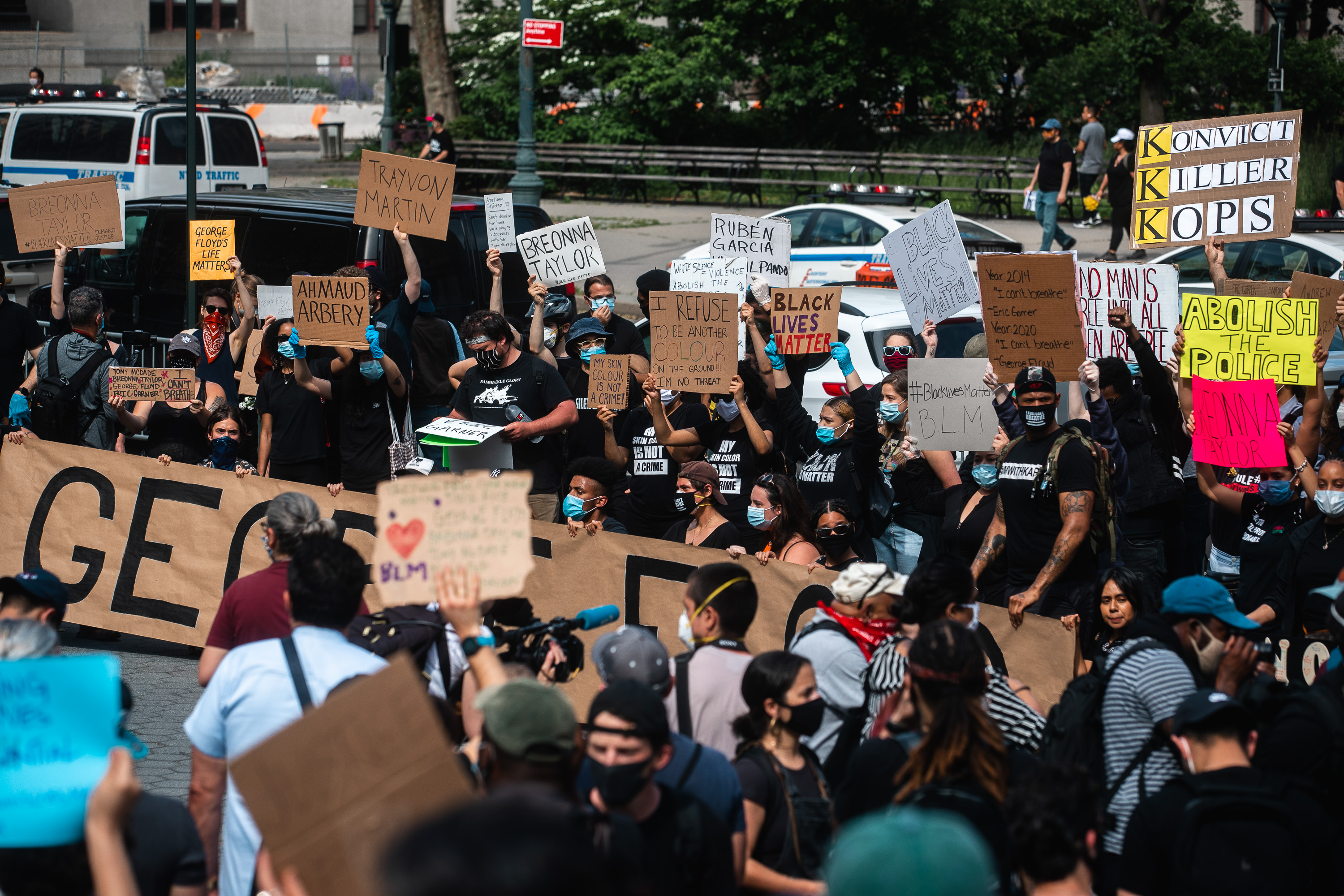 Floy, George, nypd, officer, whips
You may also like: