Policewoman, 28, is allowed to keep her job after she performed sex acts on married foot fetish sergeant, 40, at their station ‘on multiple occasions’ during ten-month fling

A female police officer has today been told she can keep her job after admitting performing a sex act on a married sergeant in a busy police station.

But despite being found guilty of gross misconduct, PC Dicks, of South Wales Police Force, was allowed to keep her job with a final written warning.

A misconduct hearing was told that PC Dicks, who broke into tears when she heard the ruling, had not sought to cover up the episodes and had expressed ‘genuine remorse’.

The hearing also heard that ‘predatory’ Reed would have been dismissed without notice from South Wales Police for ‘orchestrating’ the encounters, if he had not already quit after allegations were made against him.

His name was placed on a barring list, banning him from working in policing.

It comes after PC Dicks, whose late father was a police officer, admitted to senior force chiefs that she had performed a sex act on the married sergeant on ‘multiple occasions’ while the two were on shift together.

PC Jemma Dicks, 28, carried out the sex acts at ‘various locations and dates’ with her sergeant Adam Reed at the busy Cardiff Central Police Station in south Wales 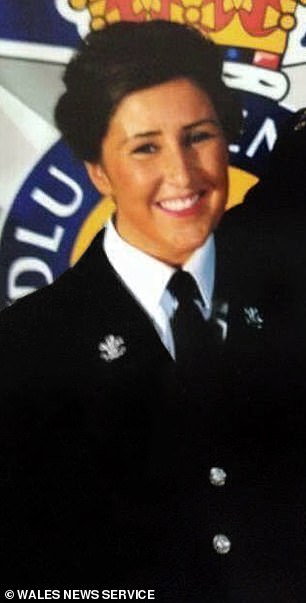 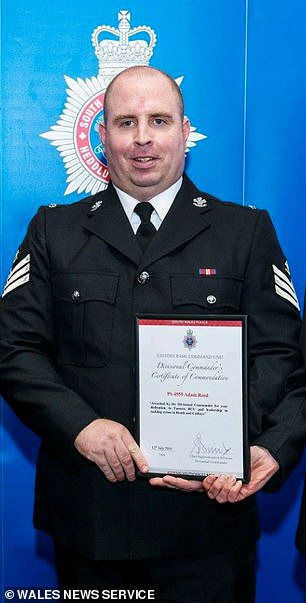 She claimed she was ‘brainwashed’ into the sex acts at ‘various locations and dates’ with Reed.

Panel chair, Emma Boothroyd, said such behaviour while on duty and at a police station ‘was damaging to the reputation of the police force’ and ‘disrespectful’ to her colleagues.

But she added: ‘PC Dicks accepted that it was unacceptable and expressed regret that she has brought discredit on the police.

‘PC Dicks’ conduct had the effect of diverting her attention from her duties and the use of the police station for these purposes was disrespectful to colleagues and members of the public.’

However, Ms Boothroyd said PC Dicks was considered a ‘diligent and hardworking officer’ by her colleagues and that a final written warning ‘would be appropriate’.

The hearing was told the warning would stay on her record for the next 18 months. 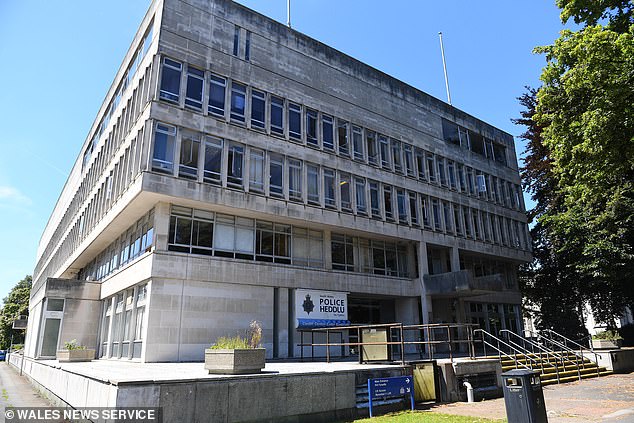 It comes after PC Dicks, whose late father was a police officer, admitted to senior force chiefs that she had performed a sex act on the married sergeant on ‘multiple occasions’ while the two were on shift together. The pair worked together at Cardiff Central Police Station (pictured)

Sgt Reed previously quit the force ahead of the hearing after admitting a foot fetish and to having the sex act performed on him.

PC Dicks told the hearing she had been ‘flattered by the attention’ of Sgt Reed after joining South Wales Police and being posted to Roath Police Station in Cardiff.

PC Dicks said Reed would take her out on patrols when she ‘had nothing to do’.

She said that, while out on the road, PC Dicks said Reed would ask ‘personal questions’ about her life and relationships.

She said: ‘I thought it was inappropriate but I didn’t think it was my place to question him.

‘He told me that he fancied me from the moment I walked through the door at Roath Police Station.

‘He told me that within the first two or three days.’

The pair grew closer as PC Dicks grieved the sudden loss of her father, himself a police officer, and became embroiled in a ten-month love affair.

PC Dicks first had sex with Reed at his family home in Cardiff while his wife Alexandra, 45, was away. 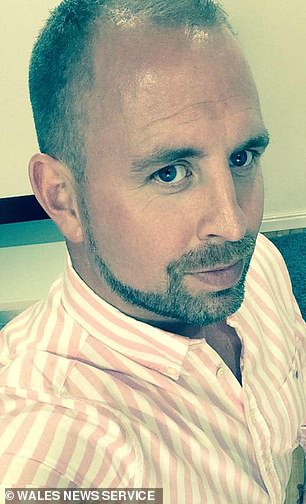 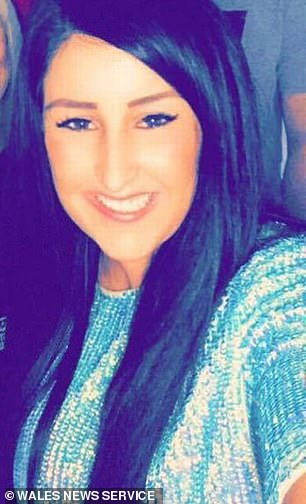 PC Dicks (pictured right) first had sex with Reed (left) at his family home in Cardiff while his wife Alexandra, 45, was away. But he then asked for her to perform a sex act on him at the main Cardiff Central station – including in the force’s private bar and kitchen

But he then asked for her to perform a sex act on him at the main Cardiff Central station – including in the force’s private bar and kitchen.

Their affair came to light after Reed was accused of taking sneak photographs of another woman officer’s feet with PC Dicks in his station sergeant’s office.

Sgt Reed was challenged about taking the secret feet pictures without consent – and later admitted having a ‘foot fetish’.

PC Dicks claimed she had been ‘brainwashed’ by Sgt Reed and was ‘head over heels’ in love with her superior officer.

‘I was brainwashed by everything he told me. I was head over heels for him. It wasn’t forced but it was clear what he wanted.

‘I take full responsibility. It was a massive mistake and I really regret what has happened.’

PC Dicks followed in her father’s footsteps to carry out her dream of joining the thin blue line.

When her father Mark Dicks, 53, died four years ago she asked if her dad’s old collar number – PC 1115 – could be reallocated to her.

Jemma said at the time: ‘I am chuffed to bits. It’s not something that might mean much to many people but it means so much to me.

‘I wear it with pride, knowing how well he did with his job, and hopefully I’ll go on to do exactly the same as him.

‘I have never thought about doing anything else. Everything has always revolved around the police.’

Jemma joined Gwent Police as a special constable in 2013 at the age of 21 – and was based close to her father who served in the force’s roads policing unit and as a force driving instructor.

She moved to South Wales Police and became a full-time officer in May 2016.

Troll creates fake GoFundMe for families of men killed in fishing trip massacre – and spends $11,000 on HERSELF