Oligarch’s mansion reborn after buying from Prince Andrew for £15m

It was abandoned for years after Prince Andrew controversially sold it to a Kazakh oligarch.

But now a sprawling new mansion is rising from the ruins of Sunninghill Park, once dubbed SouthYork.

As our exclusive picture shows, work is nearing completion on the site of the former home of the Duke and Duchess of York that was nicknamed after the Southfork ranch in the 1980s TV show Dallas. 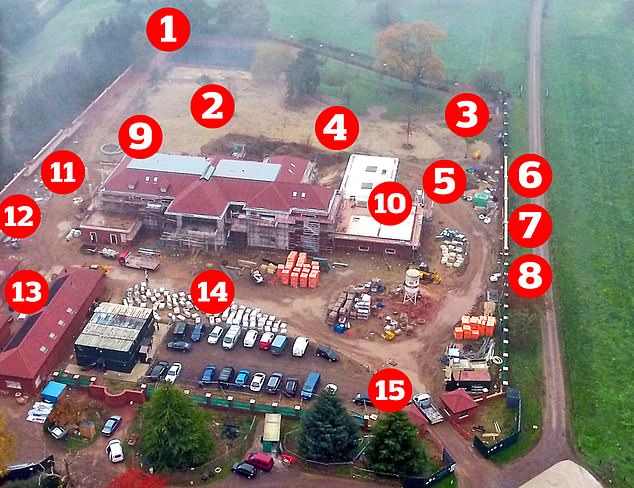 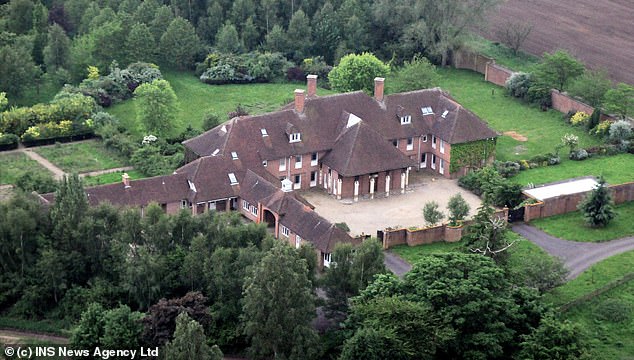 Sunninghill Park, known at the time as SouthYork, after Southfork in the hit 1980s Dallas TV show, was sold to billionaire Timur Kulibayev in 2007 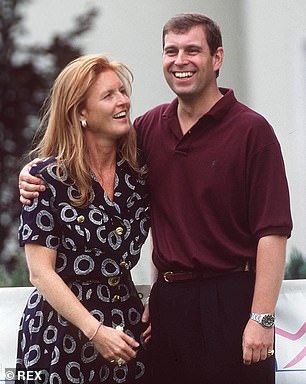 It was later reported that Andrew had been acting as a fixer in Kulibayev’s business deals.

The Kazakh billionaire left the house empty and demolished it three years ago.

The new red-roofed property that is taking shape will boast six en suite bedrooms, a sauna, ice room and steam room, a gym and treatment room and games room on the ground floor.

Upstairs there is a ‘children’s wing’ with two en suite bedrooms, dressing rooms and a nanny’s quarters.

Across the landing are two master bedroom suites with balconies and dressing rooms and a living room, and there is also a 25m indoor swimming pool.

Outside, there will be a 60m split-level terrace with rose and scented gardens and a ‘performing arts space’. 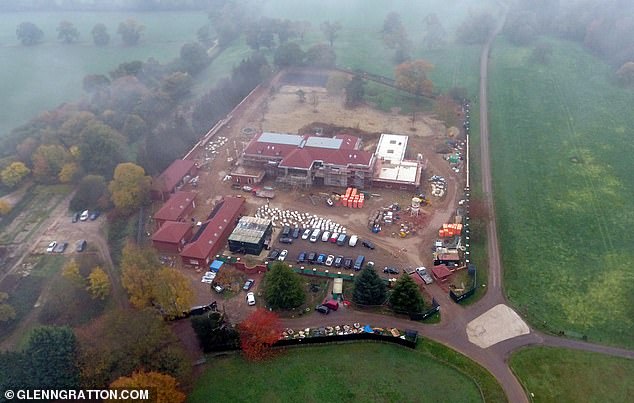 Work is well and truly underway at the former Royal mansion, with construction worker’s cars parked outside beside containers full of building materials

An area has been set aside for a wendy house, trampoline and children’s garden, and a 60m ‘runnel’ water feature leads towards a tennis court.

At the front of the house are quarters for seven security and other staff, plus a manned guard house.

The estate was a wedding gift from the Queen to Andrew and his bride, and the couple moved in in 1990.