A BIG brother is celebrating his 28th birthday as he poses with his younger sibling who towers almost four feet over him.

Nick Smith is one of the smallest men in the world standing at 2ft 6in. 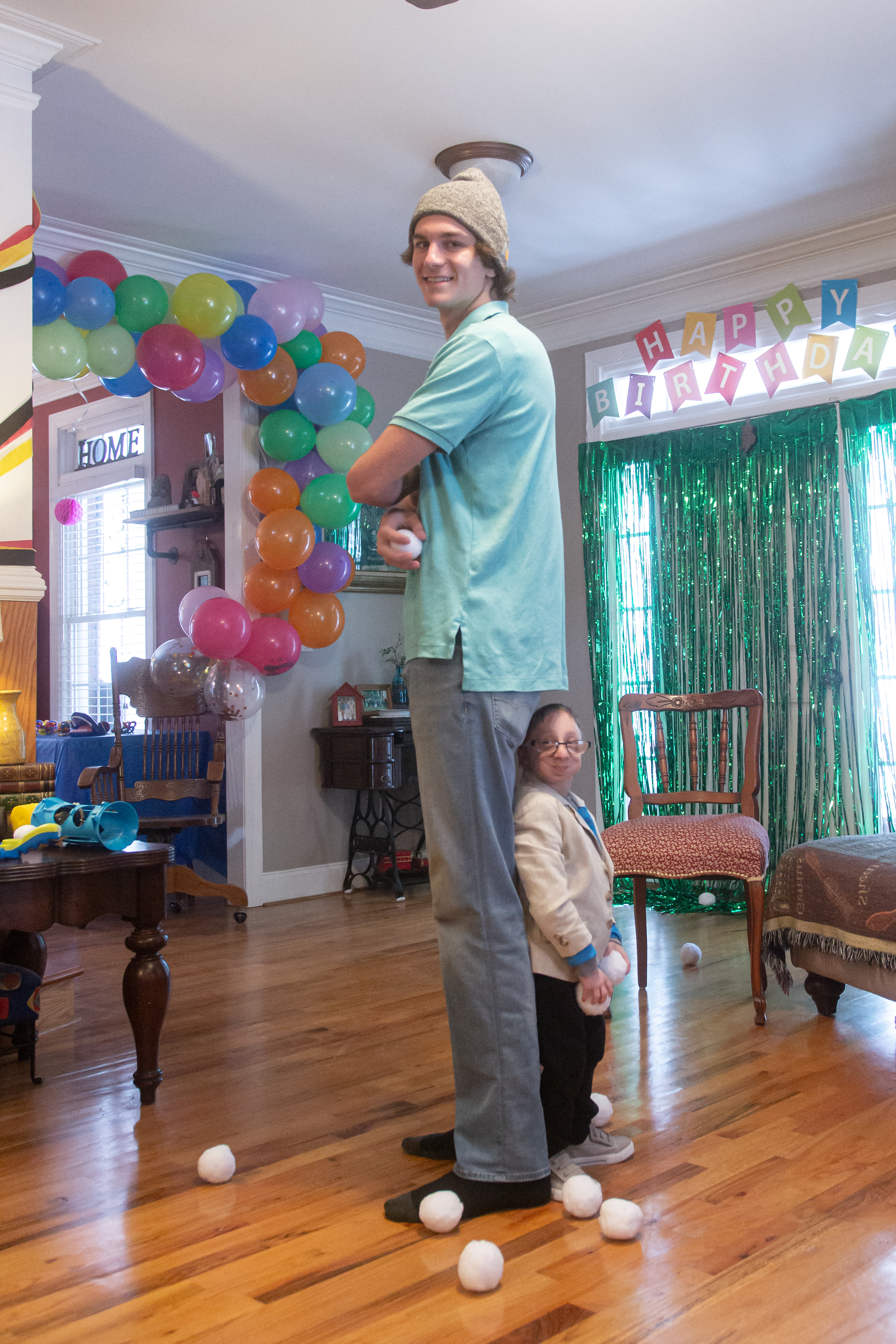 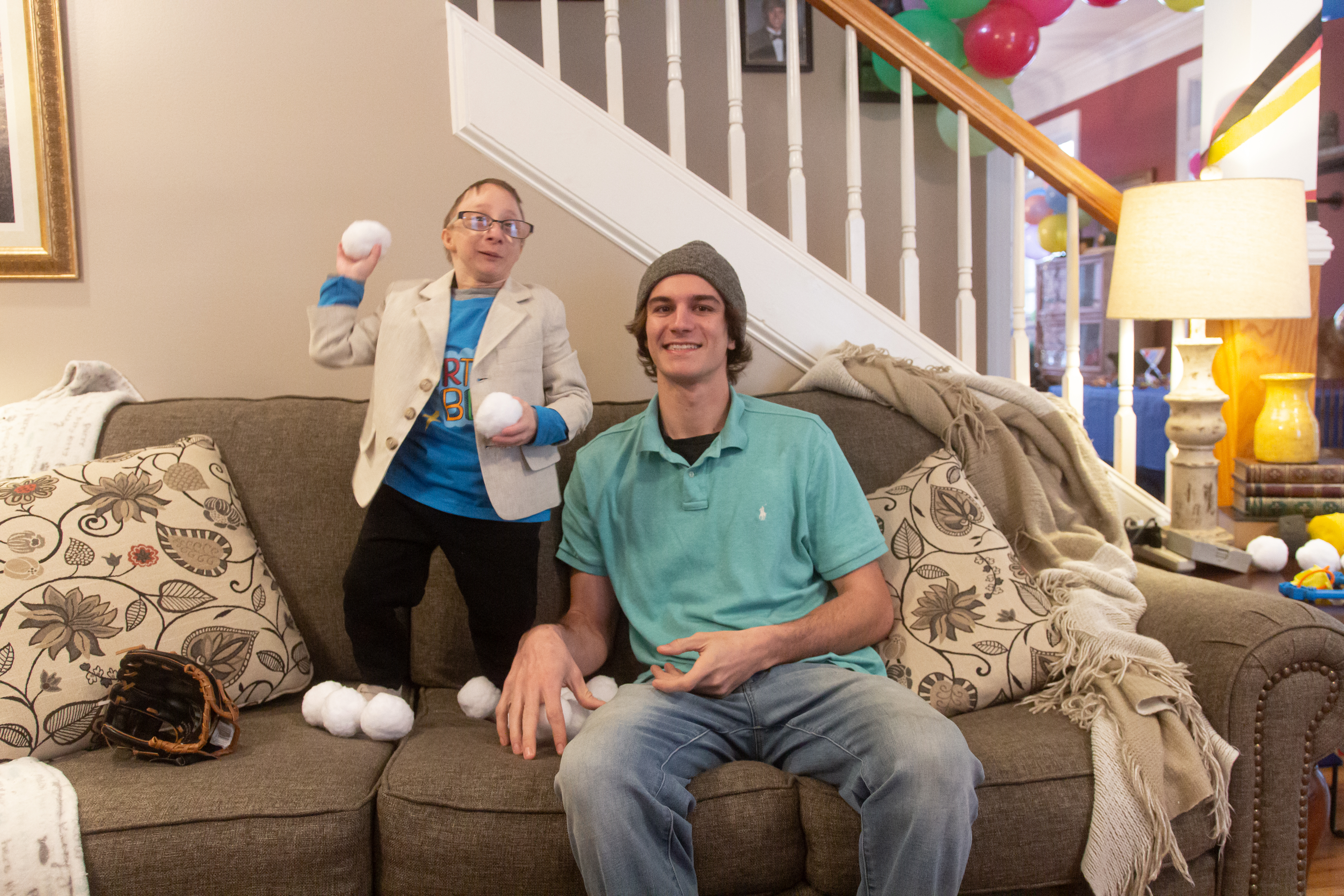 He suffers from Microcephalic Osteodysplastic Primordial Dwarfism, a rare condition which has a short life expectancy and causes illnesses often associated with old age.

The 28-year-old from Georgia, USA, is pictured standing next to his 6ft 5in 25-year-old brother, Levi, who helped his big brother celebrate his special day.

But they still enjoyed a game of indoor baseball at home — with their other brother Travis, also 6ft 5in.

Nick has defied all medical expectations as mum Shelly were told he may not live as long as he had and didn’t know if he would ever walk or talk.

Shelly, of Commerce, Georgia, US, said: “"We didn't even know that we would have him for 28 years and we don't know if we'll have him for 29.

"Nick has done everything more than the doctors could even imagine.”

Primordials can suffer with illnesses often associated with old age and their life expectancy is very short.

Many die before the age Nick is now.

His brother Travis added: "Celebrating Nick's birthday is always a great thing, just celebrating his life and being here with us."

Despite the happiness of celebrating Nick's birthday, Shelly opened up about the emotional cost of looking her special son.

She said: "I worry about the next future every day; I worry about a small cold that might end up with something worse."

But she feels lucky to spend time with Nick and tries to see the positive side of his condition.

She explains: "It's like having that boy that never grew up, it's a beautiful child to have." 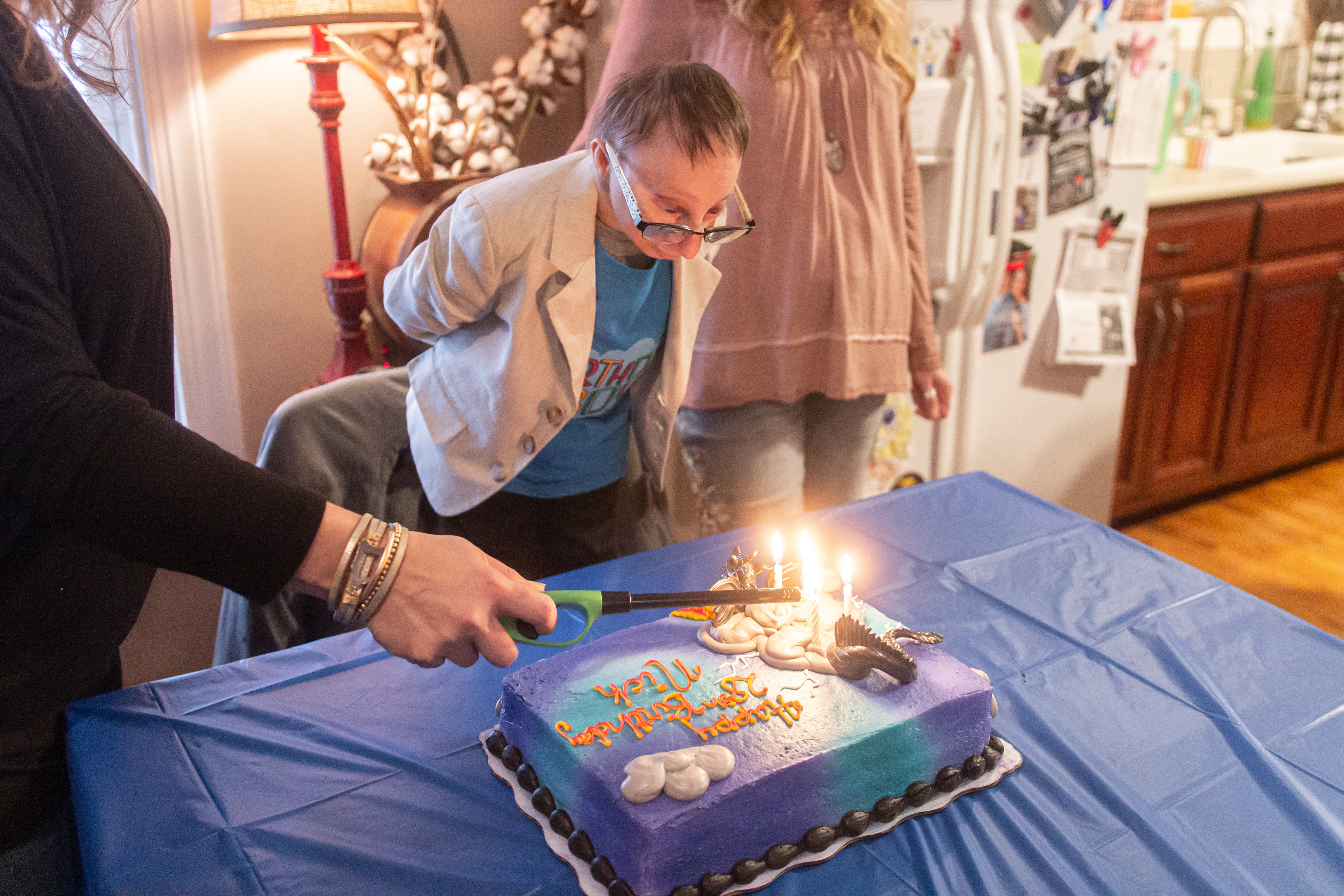 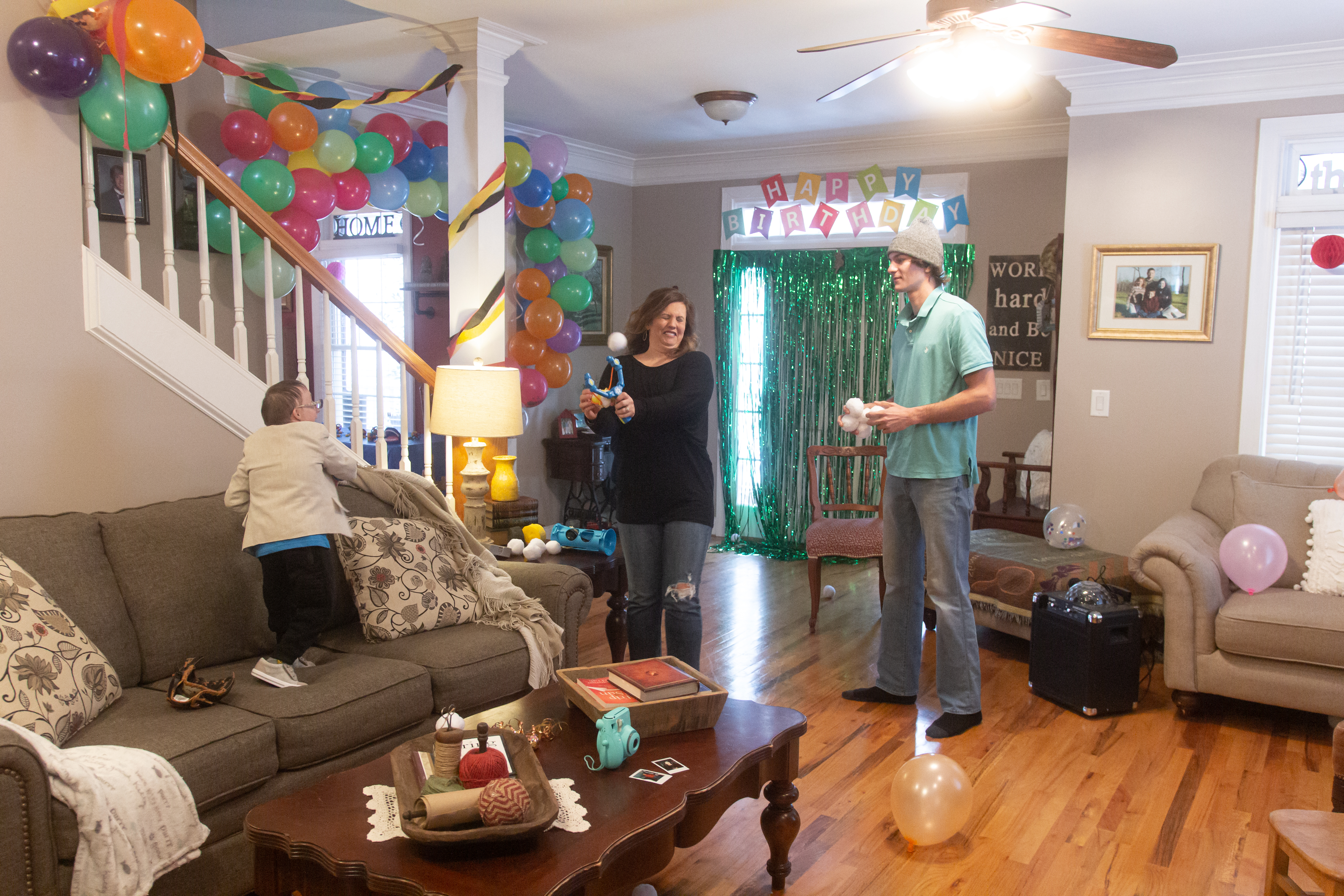 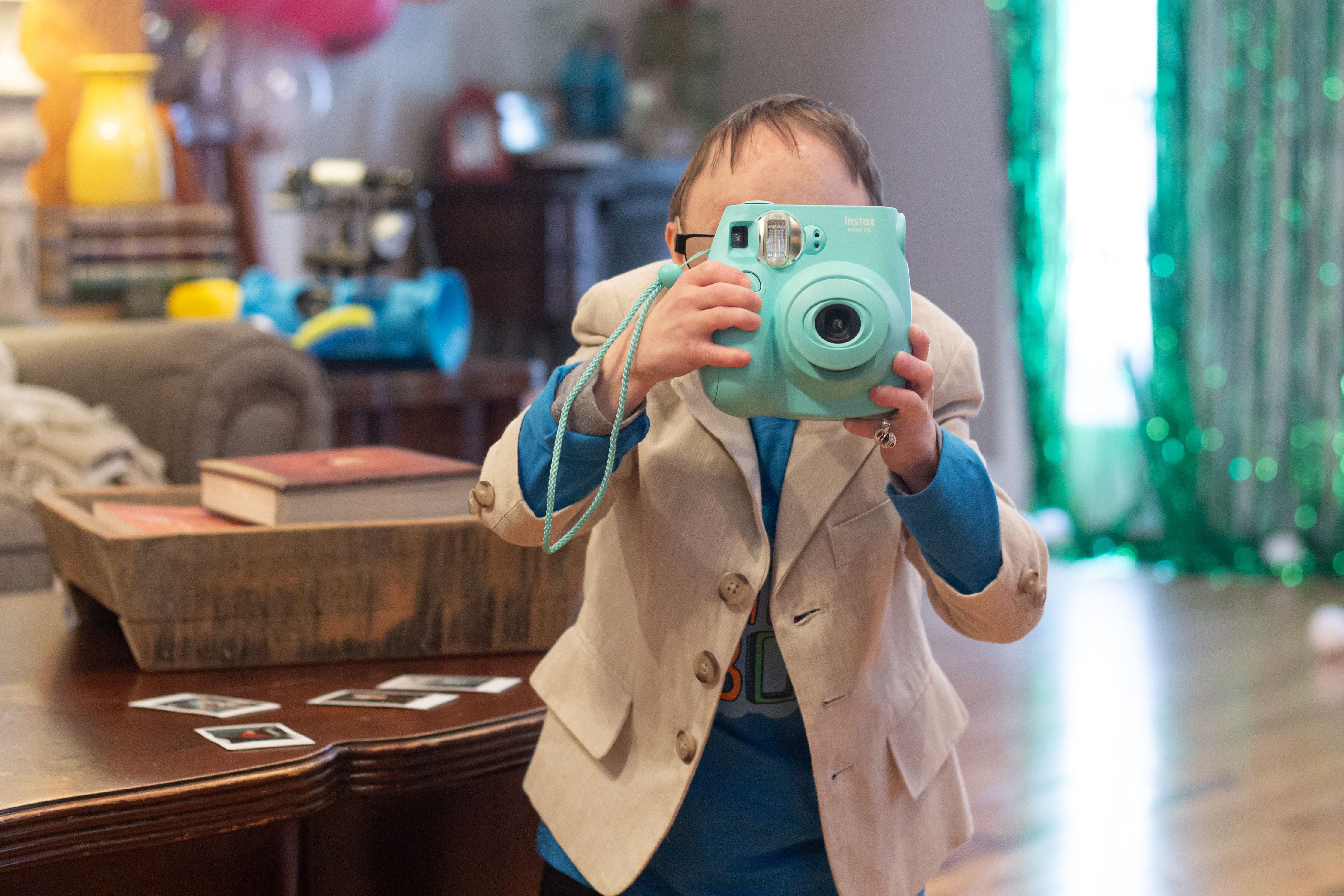 Me, of, one, smallest, the, Worlds
You may also like: