Only one in 10 adults think rail workers deserve pay rises

Barely one adult in ten thinks rail workers deserve pay rises larger than other frontline public sector staff, according to a poll.

The findings demolish claims by union barons that the public backs their strikes and last night the Government accused them of ‘cynicism’.

The poll of 2,000 adults found only 12 per cent believe rail staff should get a bigger pay increase than NHS workers or teachers.

The former were given a rise of 3 per cent last year and are expected to be offered 3 to 4 per cent this year. But the militant RMT union this week rejected a salary rise offer from state-owned Network Rail of 8 per cent over this year and next. 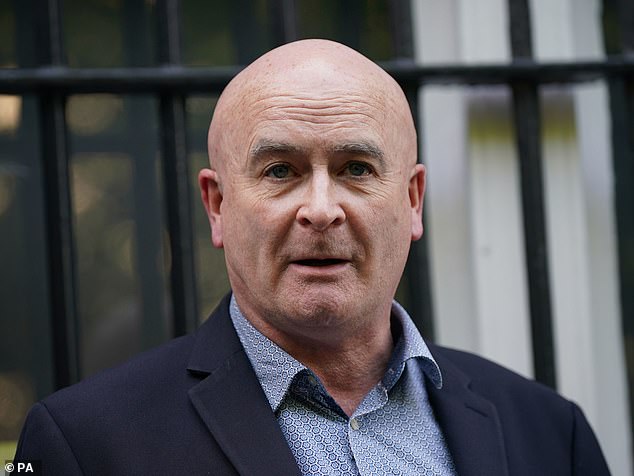 Including cash bonuses, the package is worth 13 per cent for the lowest-paid workers over the two years and 10 per cent for those on higher salaries.

The poll by the consultancy Yonder found 72 per cent of adults believe it is reasonable to modernise the railways in exchange for pay increases – something resisted by unions.

But despite the findings, RMT boss Mick Lynch said yesterday the public are ‘right behind us’.

A Government source said: ‘The breathtaking cynicism of Mick Lynch and his hard-Left lieutenants is clear. A good pay offer has been tabled by Network Rail and assurances on job security made, and still he carries on with his strikes.’

Aslef, the train drivers’ union, this week announced walkouts on lines operated by eight train firms on July 30. Drivers on Greater Anglia will also strike on July 23 and those on Hull Trains will walk out today and on July 23.

The RMT has announced three 24-hour walkouts by staff for Network Rail and 14 train companies on July 27 and August 18 and 20.