Our city is in need of a shot in the arm

The roll out may have been botched, but it was a promising sign. When the state government offered $200 vouchers on accommodation, tours or ticket prices if they spent at least $400 on a regional Victorian holiday, 800,000 people tried to lodge their applications. It crashed the website, and persuaded the government to increase the number of vouchers on offer.

It’s no secret that regional tourism, and all the services relying on it, were crippled by the devastating summer of bushfires and the lockdowns. According to the state government, the sector usually contributes more than $9 billion to the economy and employs 110,000 people. When that comes to a standstill, as it did for months this year, there is going to be a lot of pain. 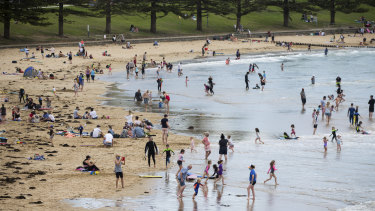 Victorians can apply for $200 vouchers to holiday closer to home this summer.Credit:Paul Jeffers

Thankfully, many Melburnians, with overseas travel off the agenda, appear to be heeding the call to head to the state’s tourist spots during the summer break. But it’s not all good news.

While Victoria’s regional tourism operators are looking to the future with more confidence, there is not the same optimism in Melbourne. With New Zealanders travelling across the Tasman the only international visitors, and the recent Sydney virus outbreak further restricting interstate travel, Melbourne’s tourism sector is very much in the doldrums.

Head of the Victoria Tourist Industry Council Felica Mariani recently expressed her “deep concern over the two-speed recovery that is emerging, with tourism operators in metro Melbourne not sharing in the same pace of recovery as their regional counterparts”. She claims the city’s 37,500 hotel rooms were only getting a 25 per cent occupancy rate, and with a further 4000 rooms opening in the year ahead, the city’s accommodation industry is in for some tough times.

And it’s not being helped by Melbourne’s major events calendar being hobbled by the pandemic. Only 30,000 cricket fans will go through the turnstiles each day during the Boxing Day test, Australian Open organisers, who have delayed the event until February 8, are yet to announce crowd numbers, and the Australian Grand Prix, which was dramatically shut down earlier this year due to the pandemic, is also still in negotiations over trackside crowds.

Melbourne lord mayor Sally Capp has been active in drumming up business for the CBD, but it’s a tough sell. Figures from the City of Melbourne, released late last month, show 28 per cent of businesses in the CBD were either vacant or remained closed. And with workers reluctant to return to the city’s offices and the lockdown travel restrictions localising shopping habits, the city centre has become a no-go zone for many.

The solutions are not simple. As Sydney is revealing, the containment of the virus is fragile, no matter how vigilant the systems put in place are. Victorians newfound freedoms were won in no small part due to the cautious approach to easing restrictions taken by the government.

But that should not rule out a revival of the city. More could be done to increase confidence in the public transport system, the regional voucher system could be replicated to encourage city tourism, and governments could work closer with business to encourage a bigger return to the office.

Melbourne’s reputation for being one of the world’s most liveable cities is in no small part due to its vibrant music and arts scene, its cafe-lined alleyways, its eclectic food scene, and its world-class sporting precinct. Everything that can be done should be done to maintain Melbourne’s unique character, but it should be done in a safe way.

Is Murder In A Small Town's Luke Mitchell innocent? All the clues & unanswered questions in chilling the Jodi Jones case