Outrage over photographer telling UFC fighter to show off her assets

‘That way we can still see your assets a little bit’: Photographer sparks outrage by telling a UFC fighter to pose so her breasts were on show

Footage from a photoshoot of a female UFC fighter has caused outrage after the photographer was heard telling her to show off her assets.

Straw weight fighter Tatiana Suarez was seen standing in front of a white screen with her arms by her side when photographer Mike Roach asked her to cross them. 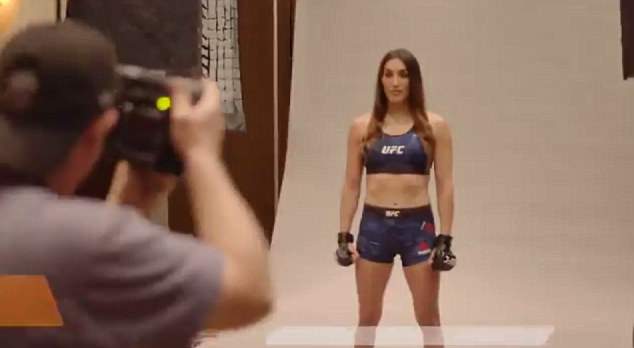 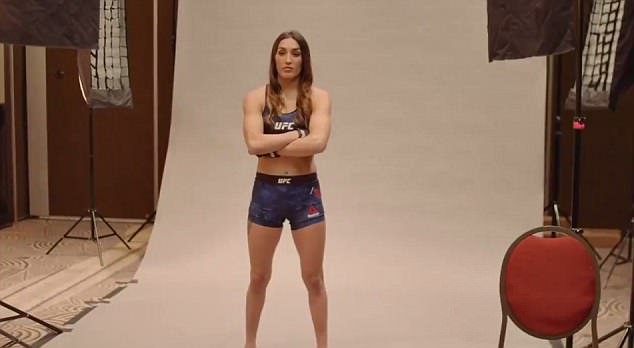 In a short clip of the shoot, photographer Mike Roach is heard telling Suarez to cross her arms so ‘we can still see your assets a little bit’

The 27-year-old complied with a straight face and moved her arms below her chest, in the video shared to Twitter by a fan account.

Fellow Twitter user David Bixenspan said while the pose was common, Roach’s verbal direction made it clear he was not trying to show off her biceps.

‘Here’s what’s especially ridiculous about the photographer saying that: They take promo photos in that pose of everyone, male majority of the roster included,’ he said. 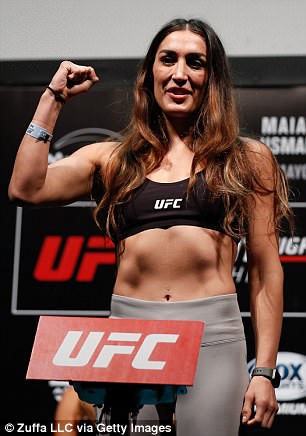 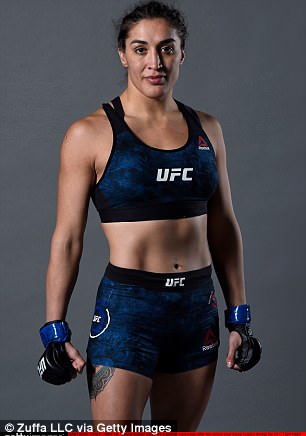 The 27-year-old straw weight fighter appeared neutral as she complied with the photographer’s request, and has not commented on the outrage 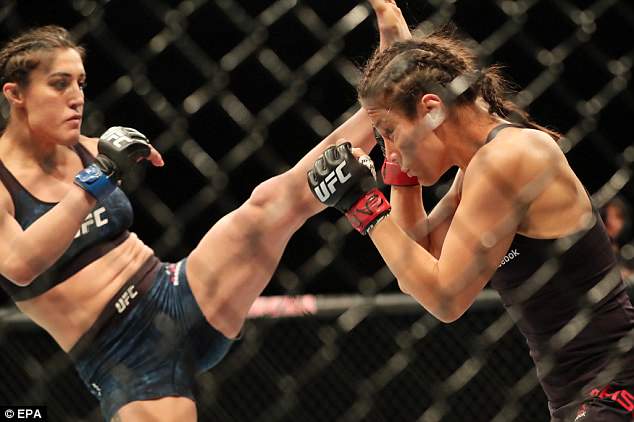 While some were outraged at the language used by Roach, others believed he may have misinterpreted.

User Ricardo Varona said he believed Roach was doing his job ‘pretty well’ in the clip.

‘He gives her direction so her muscles (assets) show and makes sure the UFC logo is there,’ he wrote.

‘Don’t accuse this guy when to me it seems like a very good job.’

Suarez has not commented on the incident, but went on to win her fight against Alexa Grasso in Chile on Saturday.

The victory was the American fighter’s third win in a row. 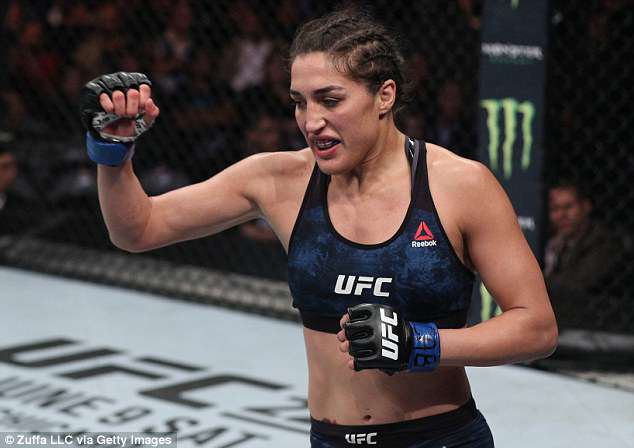 Saturday’s fight was Surarez’s third win in a row (pictured: Suarez celebrating her win over her Mexican rival)