Paedophile, 26, who shared video of assaults on one-year-old girl on dark web and was caught when police raided his home to find boy victim, five, naked in bed is jailed for 22 years 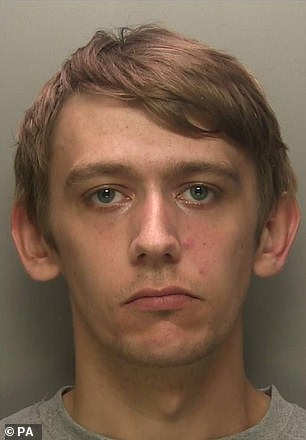 A paedophile who filmed his sexual attacks on a five-year-old boy and a one-year-old girl before he posted the abuse on the dark web has been jailed for 22 years.

Kyle Fox was caught by police on a bed with a five-year-old boy he was abusing.

The 26-year-old admitted attacking the children and recording his abuse of them, but denied posting any of the horrific footage to the dark web.

Fox had been wearing a distinctive wristband in one of the videos, that and examination by a speech analyst of his voice, helped investigators to identify him, Kingston Crown Court heard.

Prosecutor Martin Hooper said Fox, also ‘gave the impression’ of admitting his actions after he was arrested, but in reality they were ‘limited and misleading’.

Mr Hooper added: ‘There is an element of him putting the blame on the children.’

When police raided his home in Epsom, Surrey, they found the five-year-old boy naked on a bed in the early hours of September 5, 2018.

Mr Hooper said Fox told officers ‘I’m willing to talk and make a confession’, he then said that the abuse had only happened once at the property.

Fox also tried to claim he had lost the memory stick and his computers had been hacked before the videos he filmed were posted online.

‘Your offences were detected when a video of the abuse was uploaded on to a file-sharing website It came to the attention of officers who were able to trace you from the data.

‘These are extremely serious and depraved offences. No right-minded person could be other than horrified by this appalling series of offences.’

The judge told Fox she was ‘satisfied you used drugs to stupefy’ the boy, and that tests later showed the child had ‘traces of cocaine in his hair’. 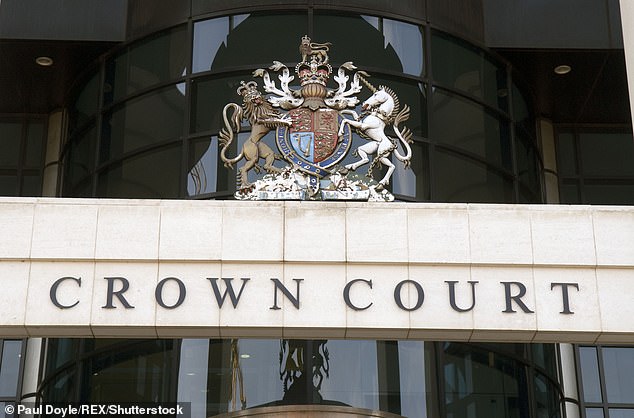 Fox, had previously pleaded guilty to all 22 charges. They included 14 charges against a boy who was aged four or five years old, and five counts against a girl between one and three years old.

His victims are unrelated.

The charges against the boy include seven counts of rape, six counts of assault by penetration and specimen counts of multiple sexual assaults.

The charges against the girl include five counts of assault by penetration.

He also admitted making indecent images of children – including 4,743 category A images or videos (the most severe), 4,263 category B and 3,995 category C.

Fox was also jailed for four years, three years and two years respectively, for the indecent images he created. These sentences are to run concurrently.

The judge told Fox: ‘You recorded your offending so I have full descriptions of the shocking and dreadful abuse that you perpetrated on them.

‘I have also read the chat logs in which your repugnant and distorted attitudes towards the children was laid bare.

‘I have read descriptions of the dreadful child abuse images and videos found.

‘The evidence shows that you uploaded over 6,000 videos to the file sharing website and in return gained credits which enabled you to view other content.’

Files discovered on his seized laptop after Fox was arrested included images of the boy being attacked.

A sofa bed where the girl had been abused was found in a search of his home.

Lionel Blackman, defending, said that Fox did not seek to ‘suggest any moral blame to the children’ during his police interviews but instead had been ‘extremely candid’ in his answers.

It was also stated that Fox was willing to take part in therapy and had a ‘physical and mental past from his childhood which may form the circumstance of his descent in to these offences’.

‘He made a reference to her finding photographs on a computer many years ago and he said, ‘I’ve to accept my punishment and get some help’.

‘Rather worryingly she also said when he was 16, he studied for a diploma in childcare, although he failed it, and the course involved him undertaking a placement in a nursery.

‘There’s an element, the Crown say, of the defendant putting the blame in those children. He does possess a high risk of serious harm to children.’

After the hearing the National Crime Agency said that its National Cyber Crime Unit, working with partners in South Korea and the United States, had taken down the site which contained 145,000 videos of child sex abuse and had been viewed by offenders millions of times.

‘Law enforcement needs to be able to proactively target the highest-risk, hardest-to-tackle child sexual abuse and exploitation offenders, using covert and specialist assets as increasingly required, and focus on areas where there is a greater risk of contact abuse.

‘The NCA prioritises these cases to safeguard vulnerable children and prosecute offenders.’

An NSPCC spokesperson said: ‘Not only will this horrific abuse have a devastating impact on two very young children, images of this depravity have also been used to fuel a sickening online trade.

‘Both of Fox’s vulnerable victims should continue to receive all possible support to help them overcome their terrifying ordeals.

‘It’s vitally important that we rid the web of this awful content and tech companies, law enforcement and government must work together to find ways to cut it off at source.’