‘Pagan’ vandals are being hunted by police after leaving red handprints on 5,000-year-old neolithic tomb cave as a ‘sacrificial offering’

Police are hunting ‘Pagan’ vandals who left red hand prints at a 5,000-year-old Neolithic tomb cave as a ‘sacrificial offering’.

A red handprint, in food dye, was left on rocks at Stoney Littleton Long Barrow near Bath, Somerset, causing what experts fear could be irreparable damage.

The English Heritage site is one of the country’s finest accessible examples of a Neolithic chambered tomb dating from about 3500 BC. 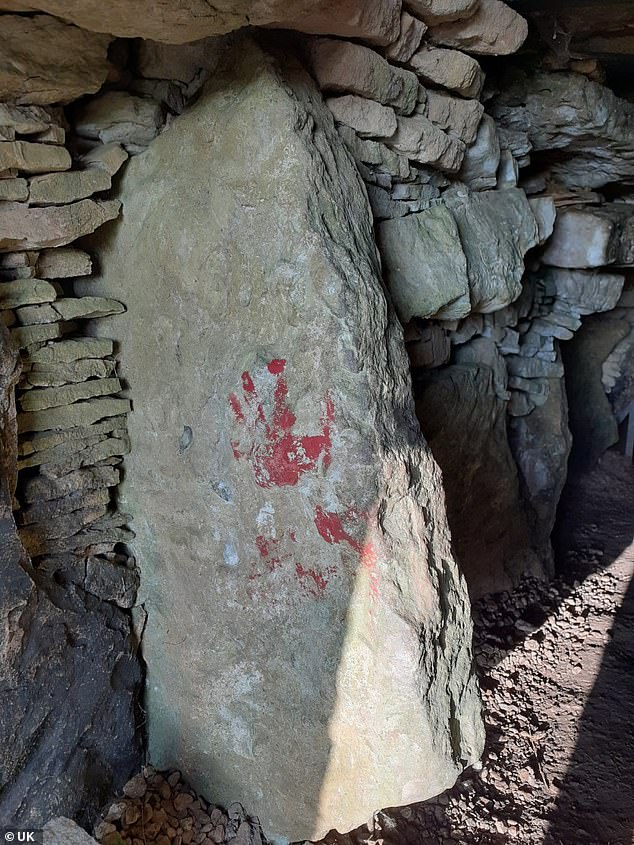 Graphitti at a 5,000-year-old Neolithic chambered tomb, Stoney Littleton Long Barrow, at Wellow near Bath, Somerset, which police are investigating

But one of the walls of the tomb was daubed in red paint in what could be a symbol of modern paganism.

Police have described the act, which took place in early November, as a possible ‘sacrificial offering.’

Win Scutt, Properties Curator (West) at English Heritage, said: ‘Stoney Littleton Long Barrow is one of the country’s finest Neolithic chambered tombs, and this attack on its historic fabric is not only thoughtless, it is a crime.’ 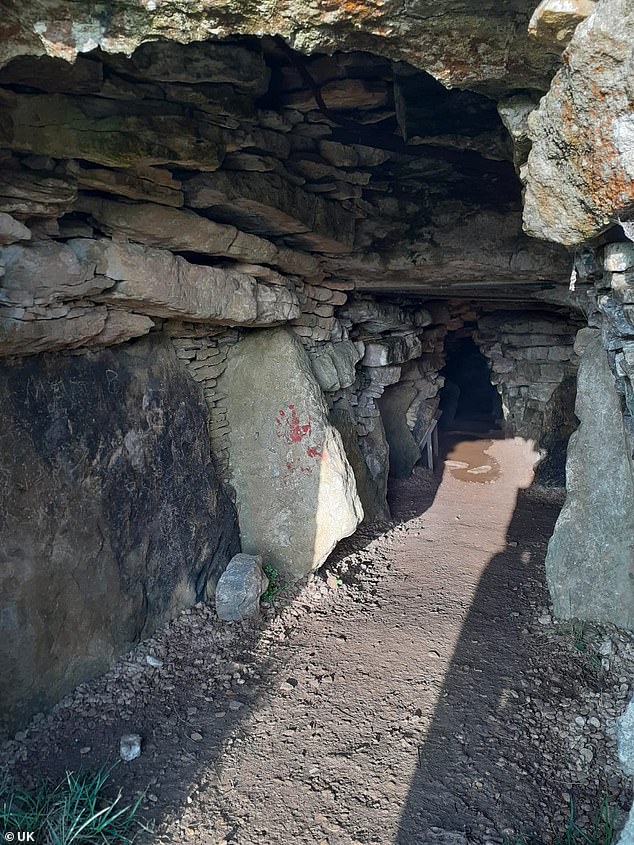 Stoney Littleton Long Barrow, at Wellow near Bath, is a scheduled ancient monument in the care of English Heritage 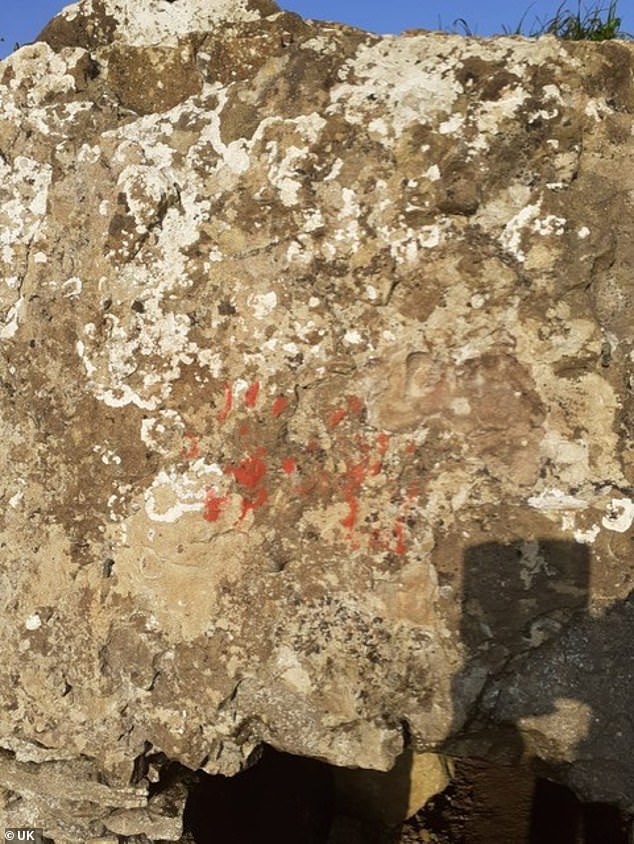 English Heritage and Avon and Somerset Police are now appealing for witnesses to come forward amidst fears the Neolithic monument is beyond repair.

PC Matt Bendall of Avon and Somerset Police said: ‘The area is very isolated and not easily accessible, therefore my suspicions are that someone has come to the site and placed these red handprints on the stones perhaps as a sacrificial offering to the monument but have not really considered the long term effects of doing so.’

Mr Scutt added: ‘Whilst our specialist team will be working to remove the graffiti, there is every chance it might have caused permanent damage to the stonework. 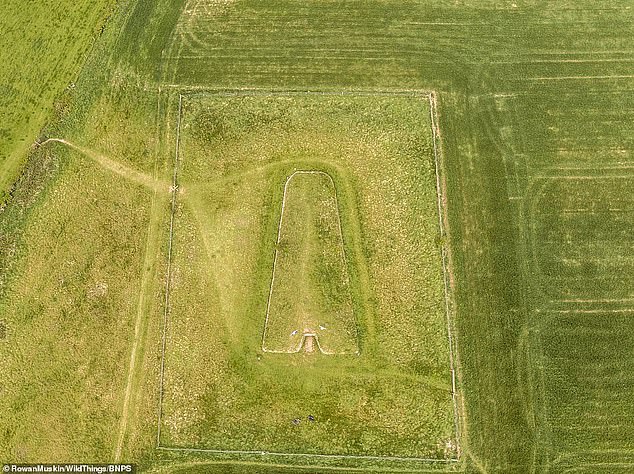 The chambered long barrow at Stoney Littleton in Somerset, which can clearly be seen from the sky, served as a burial tomb

‘The motivation behind a wanton attack like this is unthinkable, and we have been working Avon and Somerset Police to aid them in their investigations.

‘I would urge anyone with any information about this incident to contact them directly.’

Chambered long barrows indicate a critical stage in the evolution of prehistoric society in Britain and represent the emergence of élites among the early farming communities.