Senegal legend Papa Bouba Diop, who scored the goal that delivered one of the greatest upsets in World Cup history, has died aged 42.

The midfielder secured his place in his country’s history by scoring the winner against reigning champions France in their first ever World Cup game in 2002. Senegal went on to reach the quarter-finals. 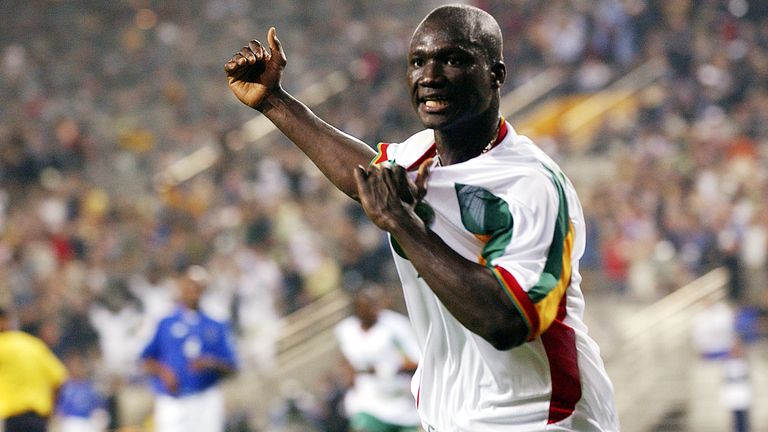 “I pay tribute to a good footballer, respected by all for his courtesy and his talent, proudly reminding us of the Lions saga in 2002. I offer my heartfelt condolences to his family and to the football world.”

Current Senegal international and Liverpool star Sadio Mane wrote on Instagram: “Pape Bouba, it was with a broken heart that we learned of your (death). Know that you will forever remain in our hearts even if you left without saying goodbye to us.”

Diop joined Portsmouth from Fulham and was part of their 2008 FA Cup-winning side. Their manager at the time, Harry Redknapp, told Sky Sports News that he was an “absolutely fantastic character”.

Diop went on to play for West Ham after leaving Porstmouth – via a brief spell in Greece with AEK Athens – and the club said: “Everyone at West Ham United is saddened to learn of the passing of Papa Bouba Diop at just 42.

“A part of our 2011/12 promotion-winning squad, he’ll always be a part of our club. Our thoughts are with his family at this time. Rest in peace, Papa.”

Bouba, Diop, Papa, Senegal's, wor
You may also like: