Students at Merkinch Primary School in Inverness can now only compete in mixed races. 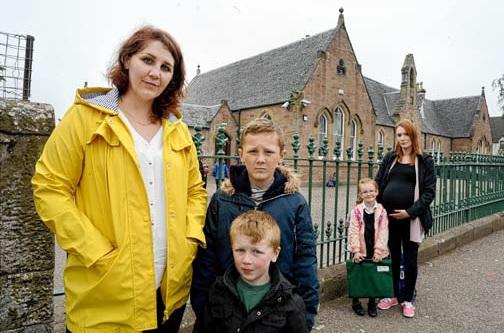 The decision comes just weeks after new guidelines to improve inclusion for pupils who are lesbian, gay, bisexual, transgender or intersex was sent out by the Highland Council.

But some parents have raised concerns children could face more bullying by the move – while others said it was a "clumsy" attempt at addressing the matter of inclusion.

Mother-of-two Melissa Watson said: “It was a big talking point for me and my mates.

"There was a race between five girls and one boy and he came last and all the boys were like ‘Ha ha,, you got beaten by a girl’.

"In my eyes this opens the kids up to being bullied. “Why doesn’t the school just let the LGBTI children race with the sex that they feel they belong to, instead of making all the kids run mixed races?”

Another mum, who did not want to be named, added: "The world has gone mad. I feel for the children in 10-15 years.

"I dread to think what it’s going to be like.”

Other critics pointed out races at a competitive level were not mixed.

TEACHERS should not be made to tell parents if their child changes gender in school, the Scottish government has said.

A report endorsed by Holyrood also states school staff should inform local authorities about parents who 'struggle' with their child's transgender identity.

The official guidelines were produced by LGBT Youth Scotland and tell teachers not to 'deny' or 'overly question' trans children's choices over gender identity.

It advises that if the child does not want to inform their parents or carers of their trans identity 'it is best to not to disclose information'.

The report adds that schoolkids as young as three 'should be supported to explore and express their identity regardless of their age'.

The document also says parents should not be told if their children are sharing rooms with trans pupils on school trips.

She said she had “mixed feelings” about the move.

Del added: “I think the school needs to explain this to the parents,” she said.

But the school said they had mostly received praise from parents by the change.

Headteacher Judith Kean was unavailable for interview but in a written response she confirmed races were mixed at the sports day held this week and that feedback from parents and children had been positive. 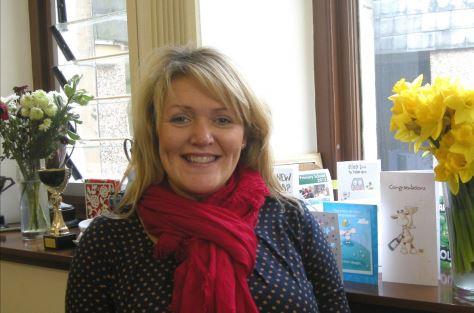 Hugh Torrance, director of Leadership, Equality and Active Participation (LEAP) in Sports Scotland, which published the guidelines emailed by Highland Council to all schools, said: “The guidance has come about as a result of LGBTI pupils working together with schools to try and address some particularly difficult issues that pupils have experienced within physical education in particular.

“We have suggested that pupils should not be segregated according to sex unless it’s necessary.

“The evidence points to there being no differences between the genders when it comes to sport pre-puberty.

"But the manifesto is not saying that we need to do away with gender segregation completely in sport. That’s not how the world is set up at the moment.”

Morgan Cowley, former chairman of the Highland LGBTI forum which campaigns for the fair treatment of all LGBTI people, said: “I think introducing non-gender specific sports days into schools is rather a clumsy way of trying to address the crux of the matter within our schools, which is promoting respect for one another and celebrating difference.

“There are undoubtedly more astute ways of doing this and what Merkinch Primary is doing seems to be increasing conflict rather than reducing it.

“Trying to promote nongender specific sports into schools at this point in our society’s development, when the whole world celebrates and enjoys gender-specific sport at the highest levels, seems a hard sell.”

-, after, And, as, at, baffled, boys, council, day, ends, for, girls, Guide, improve, inclusion, issues, kids, Only, parents, Primary, races, school, Sports, to, transgender
You may also like: