THE parents of an adorable baby boy born with birthmarks on 80 per cent of his body were told they could leave him in hospital if they didn't want him. 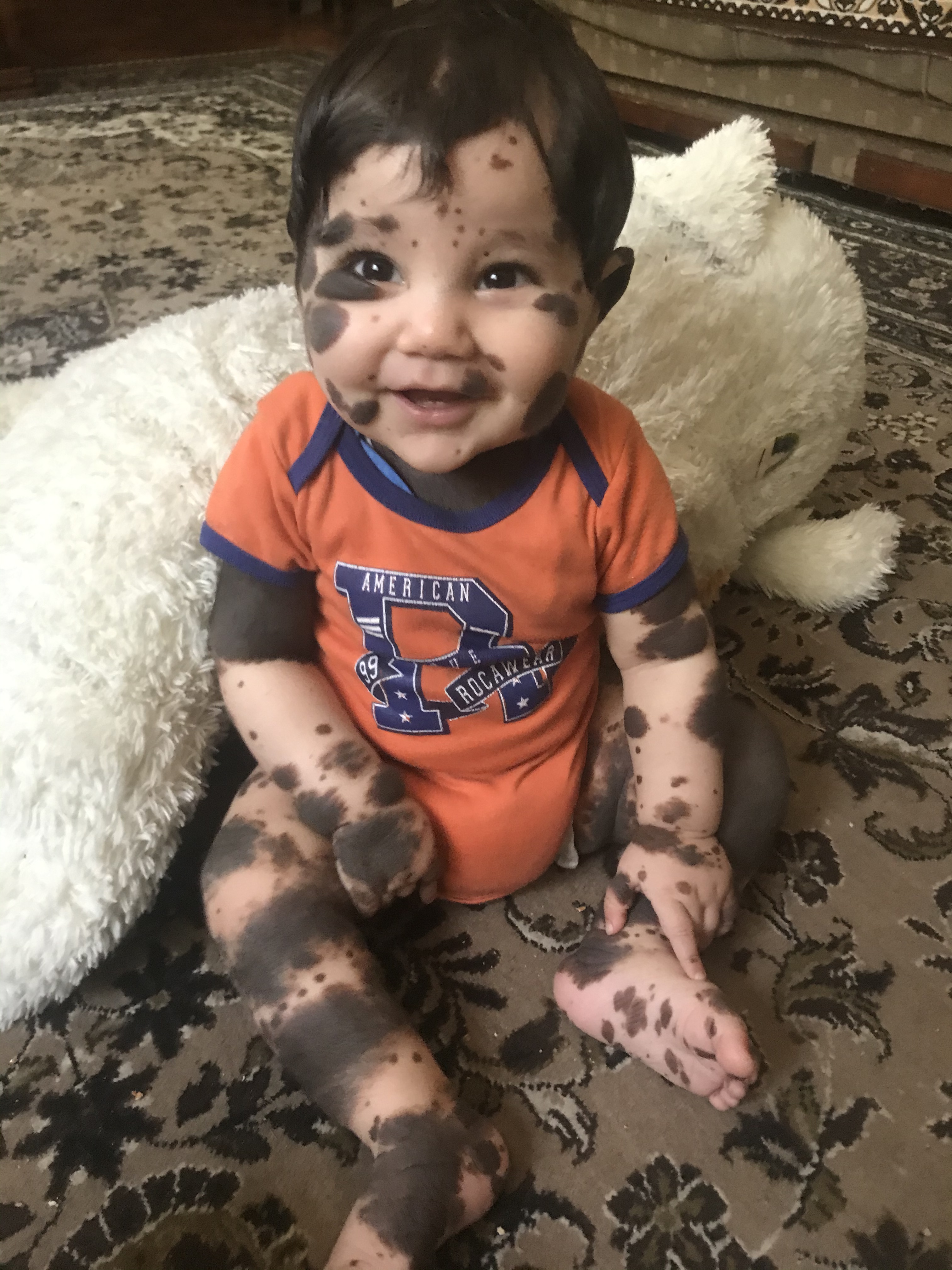 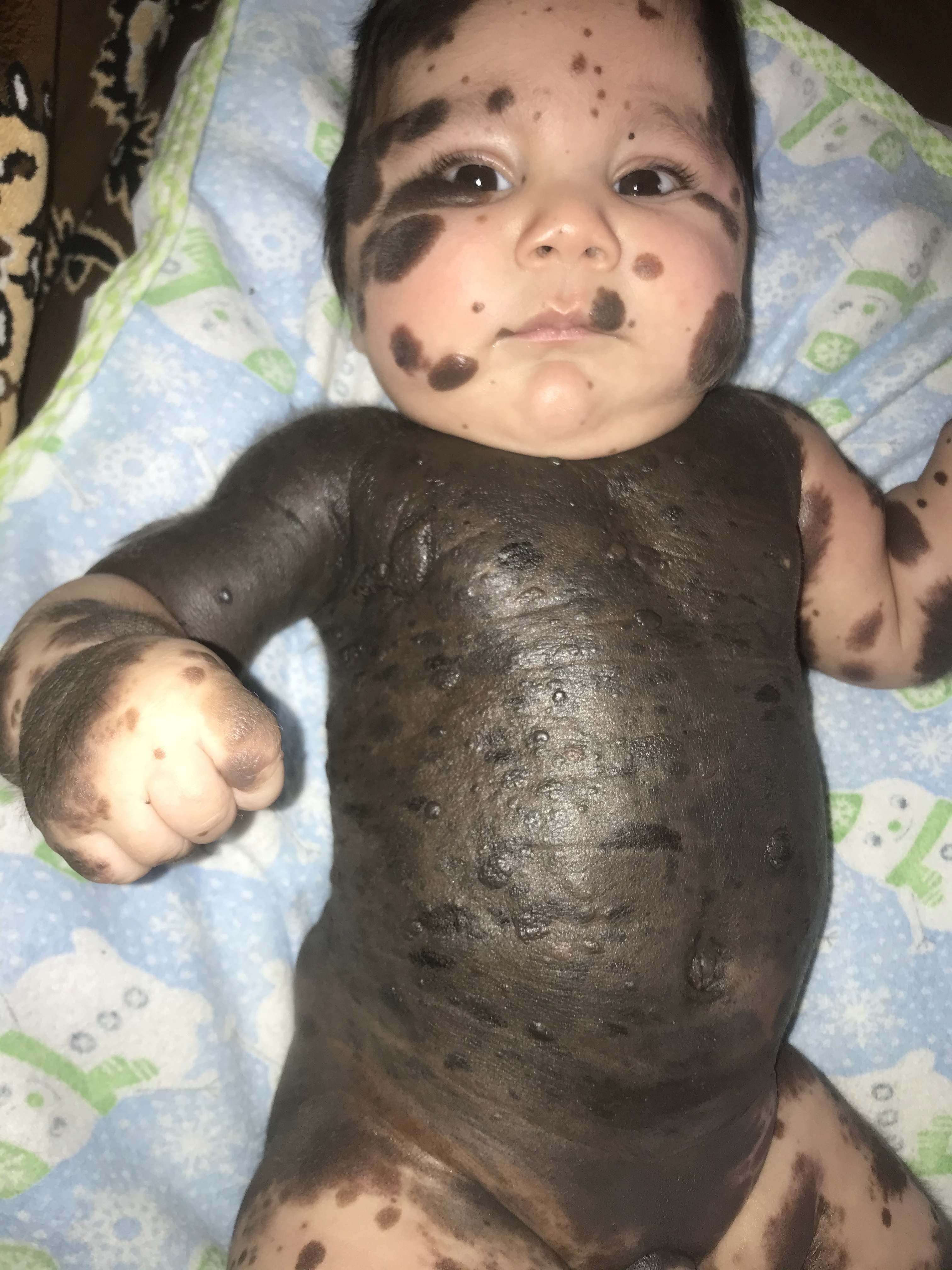 His birthmarks are an indication that his body is struggling to create melanin and birthmarks pose a threat of becoming cancerous in later life.

Mariam Petrosyan, 26, and 28-year-old dad Taron, from Yerevan, Armenia were warned by doctors they didn’t know how long Artyom would live due to the highly increased risk of skin cancer.

But both were left horrified when doctors told them they could leave him behind if they didn't think they would be able to take care of him at home.

“We only found out about Artyom’s nevus birthmarks when he was born. I was completely shocked,” Mariam said.

“The doctors had never seen nevus marks like Artyom’s before and they soon realised he also had spina bifida.

“It was all such a blur. They took him away for a ninety-minute surgery to correct his spine and it took five days of recovery before we could properly see him again.” 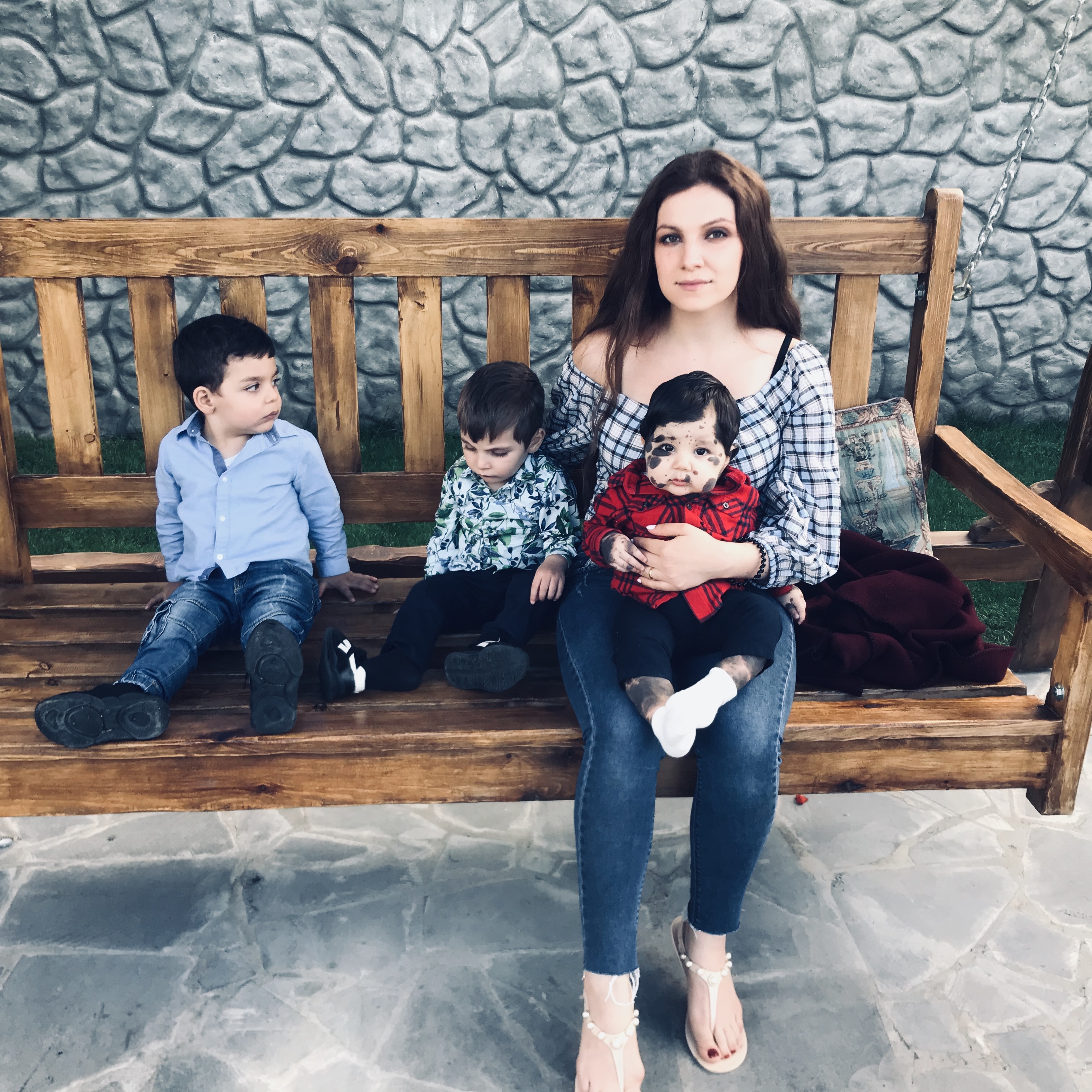 Doctors had even told Mariam and Taron that they didn’t have to take Artyom.

“I remember them sitting us down. Artyom hadn’t opened his eyes yet and they told us he might never open them due to the nevus birthmarks in that area,” said Mariam.

“They also said they didn’t know how long he’d live for and that if we wanted to, we could refuse to bring him home because taking care of him would be too hard – we didn’t listen.

“Me and my husband finally got to walk into Artyom’s ward. I was nervous.

"My husband called Artyom’s name and we saw him stir – then I called his name and he opened his eyes.” 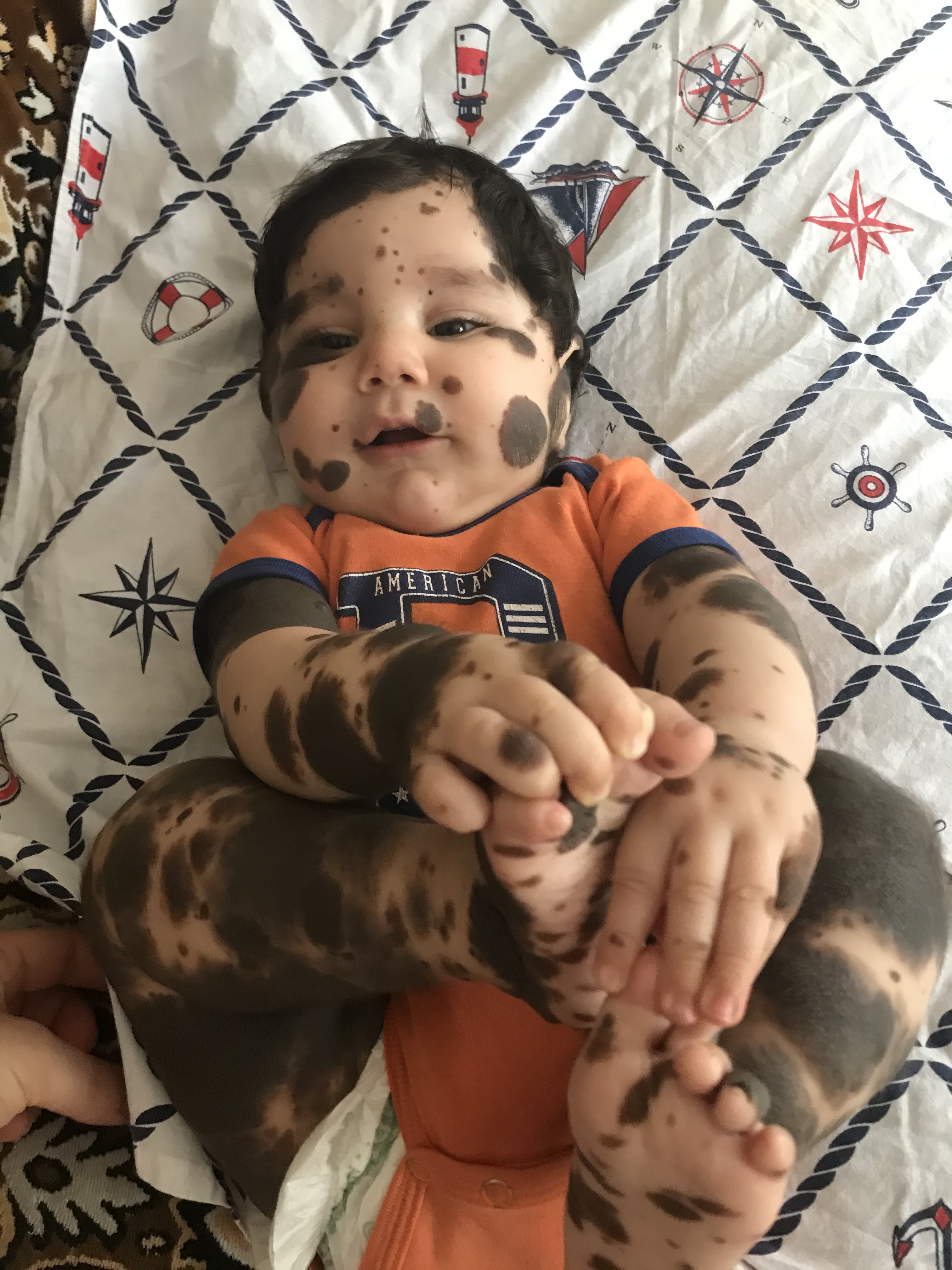 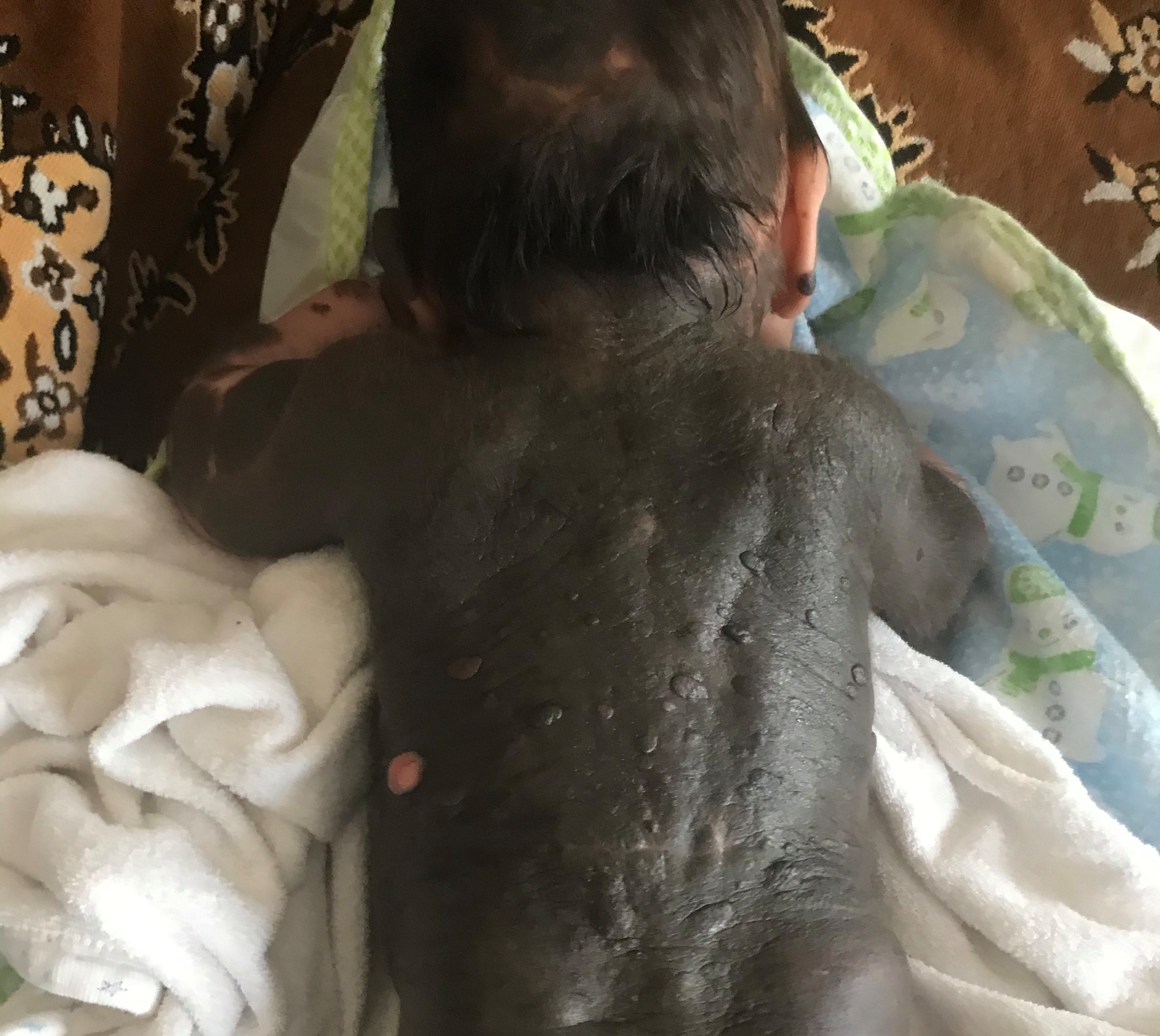 But after learning that their brother was special, they’ve done nothing but protect their youngest sibling.

Mariam says Artyom occasionally receives the odd stare, but others have deemed him to be ‘a gift from God.’

Nevus birthmarks can be removed but it’s rare that they cover 80 per cent of the body as they do in Artyom’s case and he even has nevus birthmarks on his brain which cause occasional seizures.

“Most people are shocked when they see Artyom – some smile at him. Someone also told me he was a gift from god.

“Social media has become so important to us because Artyom has helped us and others feel less alone. We can share his story and connect with people who are going through similar things.

“I hope to show that people like Artyom are unique and beautiful.

“Birthmarks shouldn’t be hidden in shame. We must accept that beauty comes in different shapes and forms and we must never change that.”

Adorable, Baby, of, parents, With
You may also like: