Mobile phone footage shared online on Monday captured the warring commuters wrangling with the window on the packed bus. 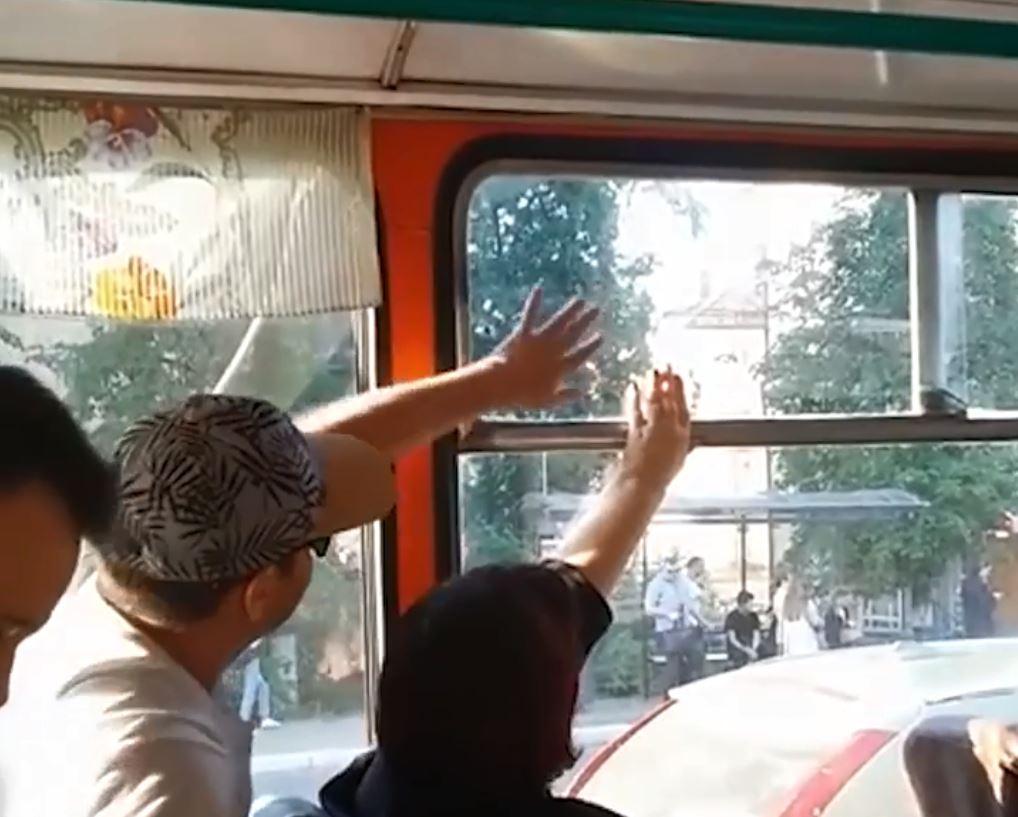 The man towards the rear of the bus initially shoves the window open but the woman closest to it quickly closes it.

And this angry rally is repeated over and over — without either passenger saying a word to each other.

The determined commuters even resort to desperate tactics to win the battle in Nizhny Novgorod, West Russia.

After several minutes, the man rests his hand on the window pane in a despairing ploy to stop his nemesis winning. 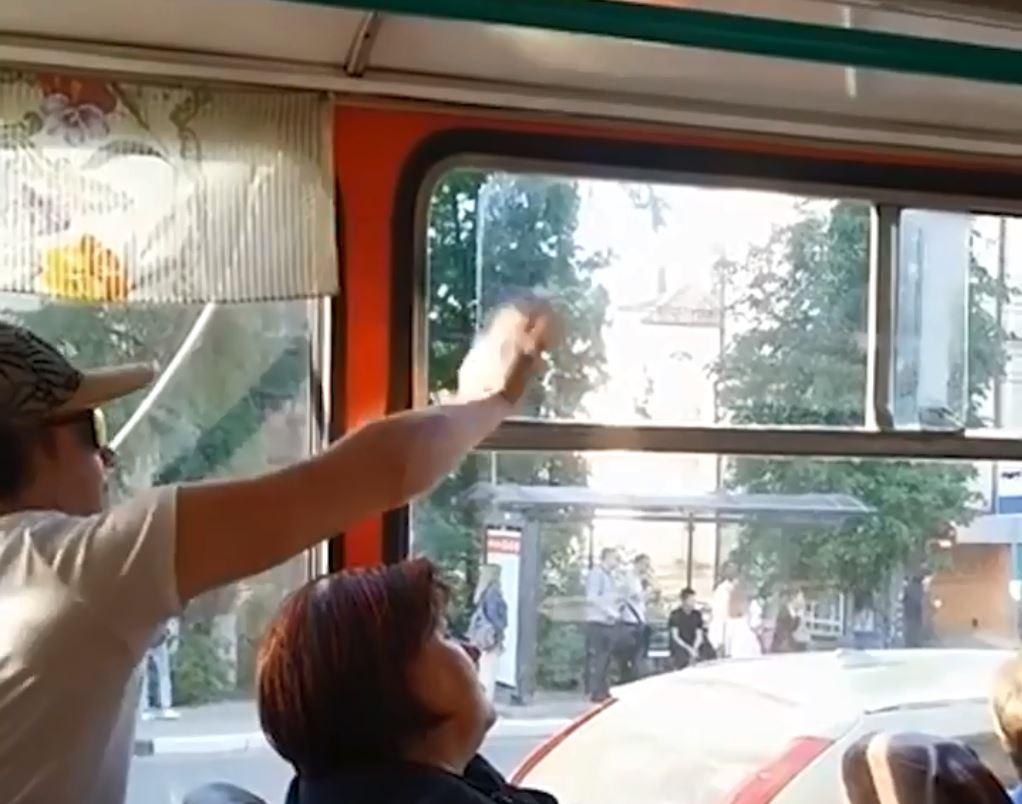 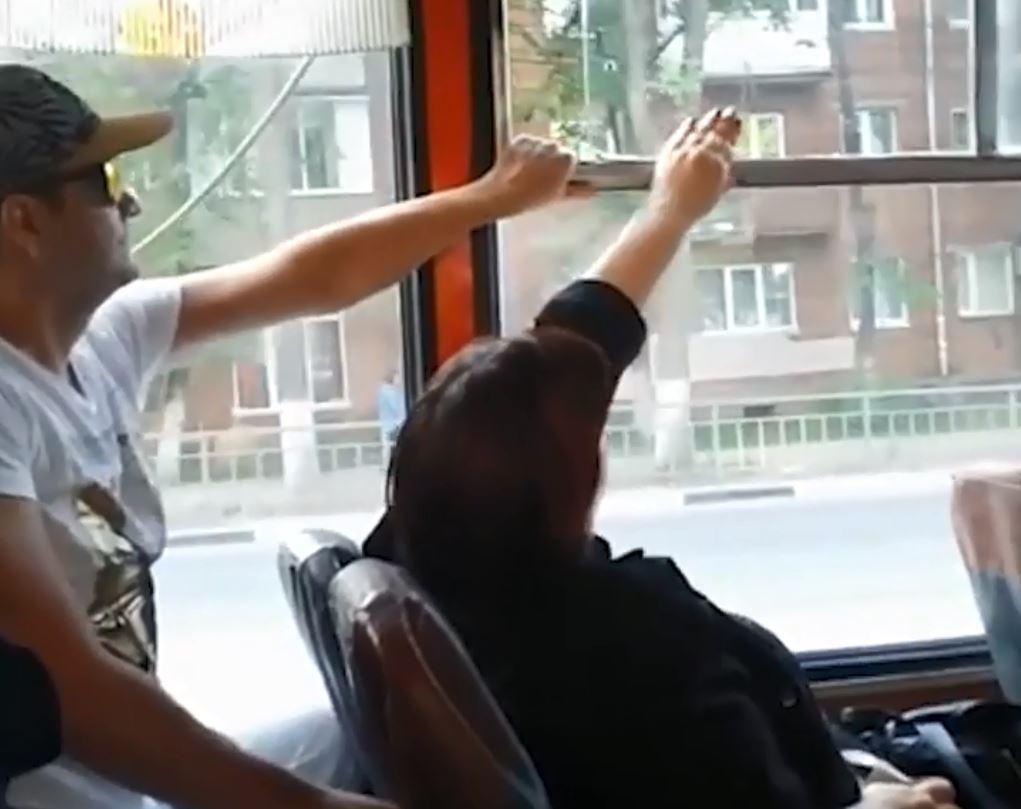 But she presses her hand against the window to ensure it remains open if just for a brief moment.

It's unclear who actually won the showdown on May 25.

But social media users have condemned both passengers.

One man simply wrote: "They're silly."

Another YouTube user posted: "They both probably thought they were fighting a full revolutionary war in their heads."

Others just suggested the passengers should get married as they made a "sweet couple".