A survival story to inspire us all: Patient who lived through hellish coronavirus battle and is friends with Prince Charles praises NHS angels as true British heroes

Doctors and nurses gave him a guard of honour as he left hospital after beating the virus.

But Hylton Murray-Philipson insists they were the real stars, praising them as the modern-day ‘Spitfire heroes’.

Recalling his hellish battle with the virus which saw his weight plummet and left him feeling like he was drowning, the 61-year-old father of two said: ‘I was fighting for breath, I spent five days fighting for my life.’ 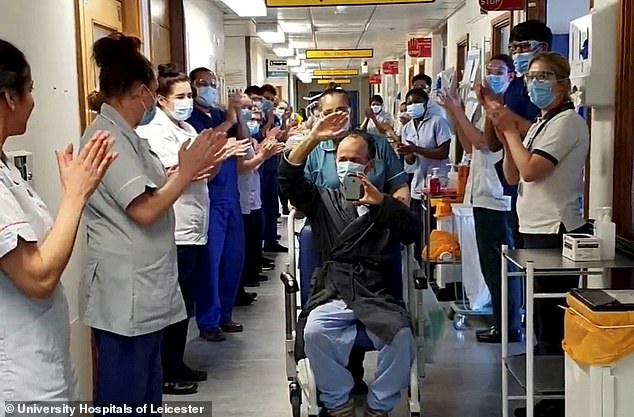 Hylton Murray-Philipson, 61, recieved a guard of honour from doctors and nurses as he was discharged from hispital having spent 12 days being treated for Covid-19

The conservationist – who received a message in hospital from Prince Charles – paid tribute to health workers, saying: ‘In those moments of intense struggle, I can’t tell you how frightening it is to try to replace the breath you have just exhaled, and not be able to – panic sets in very rapidly.

‘How wonderful it was to feel a human hand and to hold that hand. And the nurse was also dabbing my brow, and whispering in my ear, “It’s going to be OK”.

‘We have always known how wonderful the NHS is, but I have touched the hand of the NHS – and I can tell you these people are the heroes of the moment – the 2020 equivalent of the Spitfire pilots of 1940.’

Mr Murray-Philipson spent 12 days at Leicester Royal Infirmary, five of them in intensive care. Placed on a ventilator, the eco entrepreneur said he was encouraged to keep fighting for his life by thoughts of his sons and the work he still had to do as chairman of the Global Canopy campaign to stop tropical deforestation.

He has also worked closely with Charles, as he sits on the advisory council to the prince’s Rainforests Project. The day before he went into hospital, his father Robin Murray-Philipson died aged 92 from an unrelated illness, and the conservationist was forced to watch the funeral on a screen in his bed.

His mother Nini, 85, and sister Cornelia, 63, were both taken to Leicester’s Glenfield Hospital – also suffering with the virus. They were both were treated for four days but did not require ventilators. He said: ‘It was especially worrying given my mum’s age and she’d just lost my dad. But her pre-war generation are so tough and resilient.’ 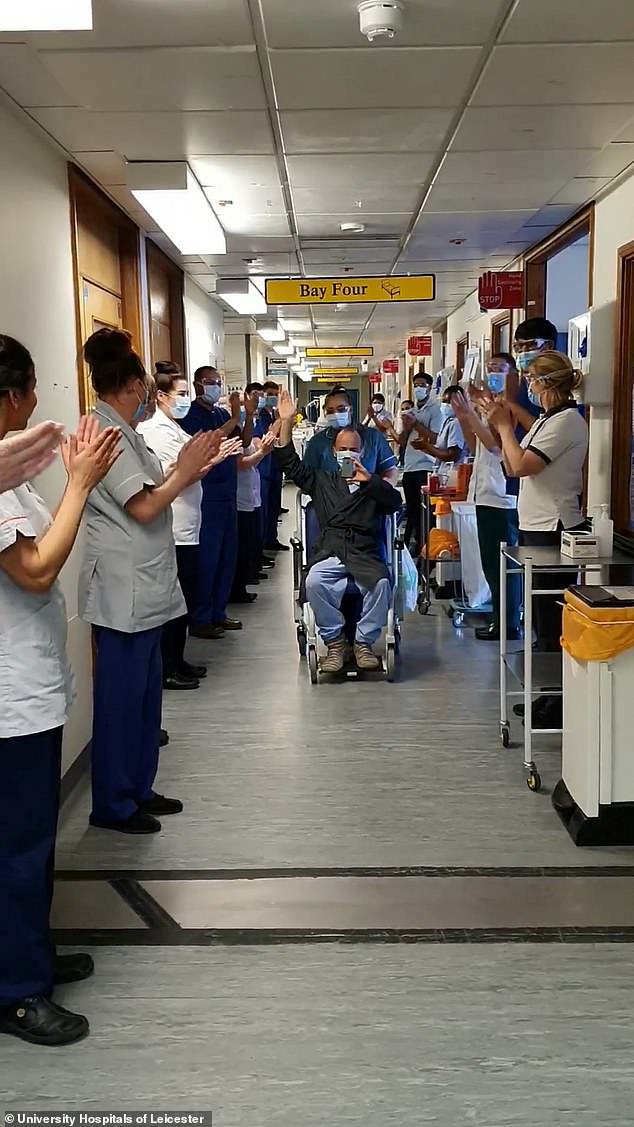 Now recovering at home on the Blaston Estate near Market Harborough after returning last Friday, Mr Murray-Philipson recalled how he turned 61 in hospital. When nurses asked him what he wanted for his birthday last Thursday, he said a shave.

He said: ‘They kindly gave me a shave, and then all the nurses gathered round my bed and gave me a cake and sang happy birthday. I had been given the greatest gift of all – my life – and then to have all of this kindness surrounding my bed, it was too much to contain – I cried tears of sheer joy and gratitude. I blubbed like a baby. 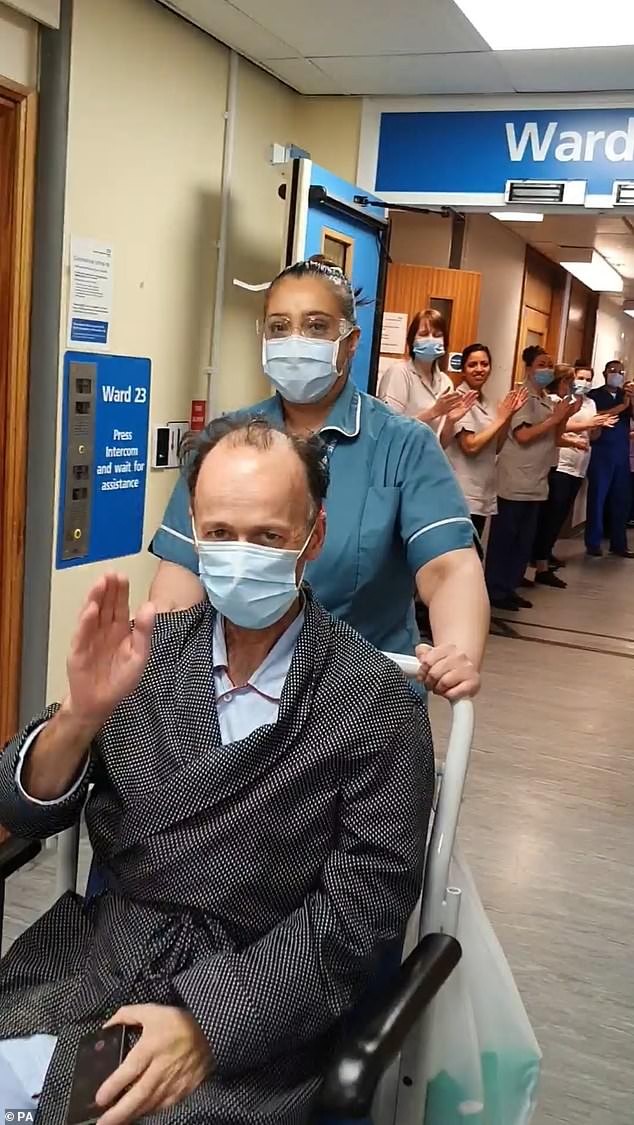 Of the 12 days he spent at Leicester Royal Infirmary, he was in the ICU for five. ‘I can tell you these people are the heroes of the moment – the 2020 equivalent of the Spitfire pilots of 1940,’ he said of the doctors and nurses who treated him

‘I’d been so close to not making it at all. And it was thanks to these amazing nurses and their magnificent NHS colleagues that I was still there to turn 61 at all.’

He added: ‘When you have literally battled for every breath, everything just feels incredible. I was so worn down and tired out by day four or five, I started to doubt how long I could go on for. It was a huge temptation to stop fighting the virus and just give in.’

Mr Murray-Philipson, whose wife Nicola died in 2016, continued: ‘I’ve got two great sons, Jim, 23, and Luke, 19, that I wanted to see again and I’ve still got a lot of work to do on this earth yet. I was on the very edge and I was taken to the absolute brink by this devastating virus… I could easily have died – so it feels very much like I’ve been reborn.’

On the note from Charles, he said: ‘The Prince of Wales did send me a personal message by email last week while I was in hospital, telling me to get better because our country needs me. It was deeply touching and humbling to receive his support.’