Penguin jumps into boat to escape being eaten by leopard seal

P-P-P pick me up please! Penguin jumps into boat to escape being eaten by leopard seal to the astonishment of camera crew filming BBC’s Blue Planet

This is the moment a panicked penguin launched itself out of the ocean and into the boat during filming for the BBC’s Planet Earth: Blue Planet II.

Footage shows the animal appear from the water as it escapes a hungry leopard seal before scrambling away overboard just moments later.

The clip was filmed by the OceanX Media team, who spent ten weeks exploring the Northern tip of the Antarctic Peninsula.

‘Part of the expedition was shooting footage with the BBC for Planet Earth: Blue Planet II, including filming the first manned submarine dive to more than 3,000ft in Antarctica,’ said the firm’s founder and creative director, Mark Dalio. 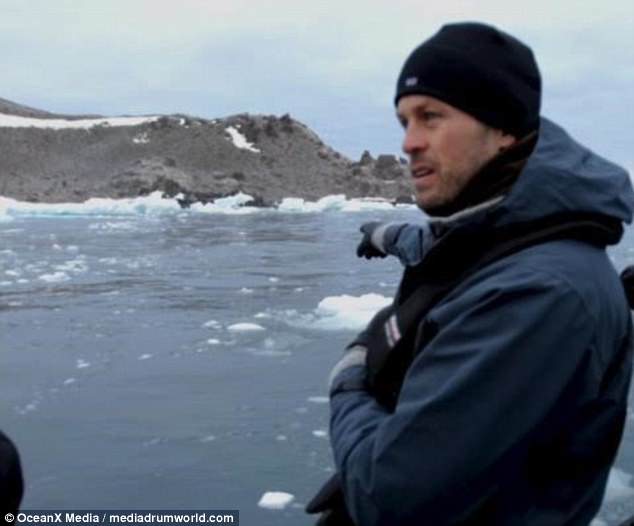 The OceanX Media crew were filming for the BBC’s Plane Earth: Blue Planet II when the bizarre encounter unfolded 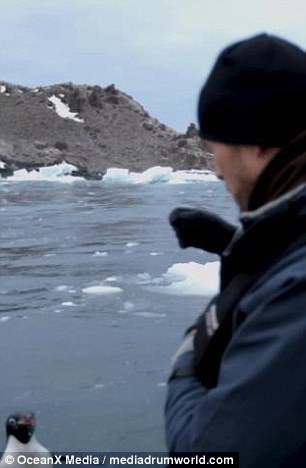 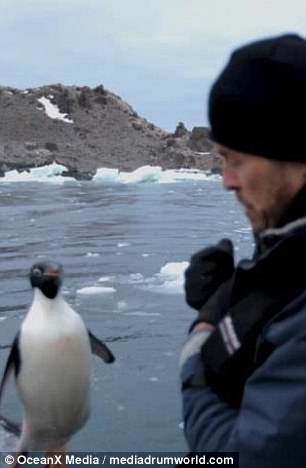 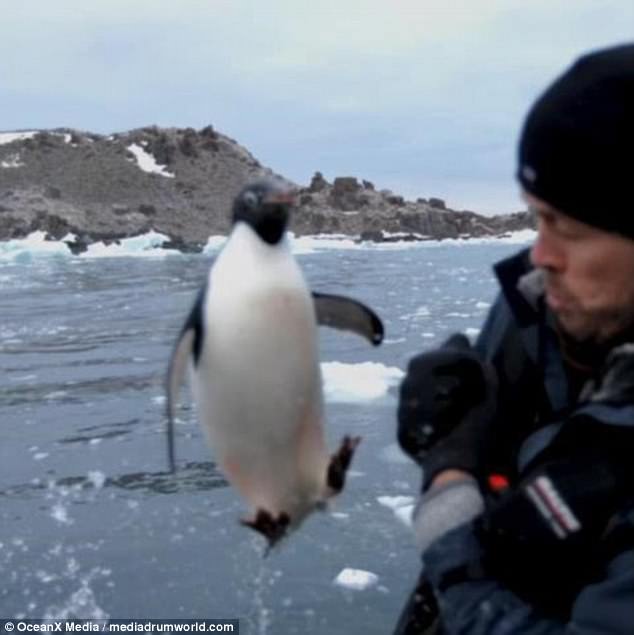 ‘The footage of that dive and the exotic marine life we found there can be seen in episode two of the series, “The Deep”.

‘Dr. Patrick Avery, who you can see almost getting hit, explained that there was a large leopard seal in the water around the boat that was hunting and eating penguins in front of the crew.

‘The penguins were all coming home to their colony to try to feed their chicks and were having to run the gauntlet.

‘Dr. Avery thought this Adélie penguin decided that it was probably a safer bet to jump on the boat than hang around in the sea with the seal but then got second thoughts once it landed in the boat! 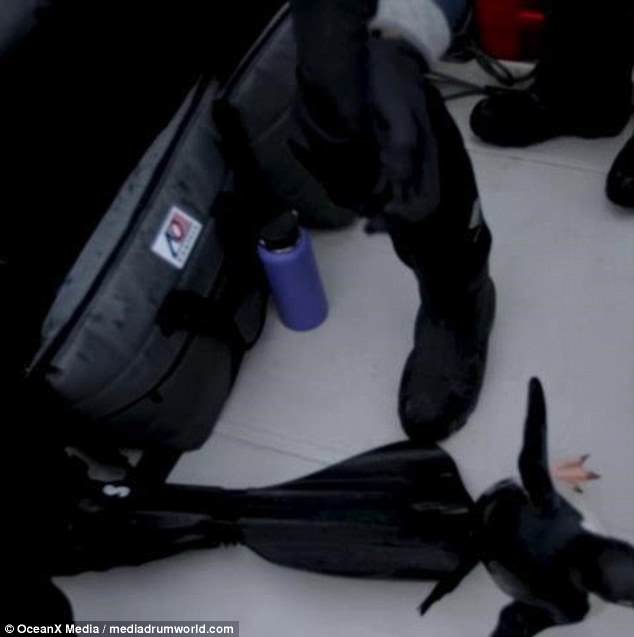 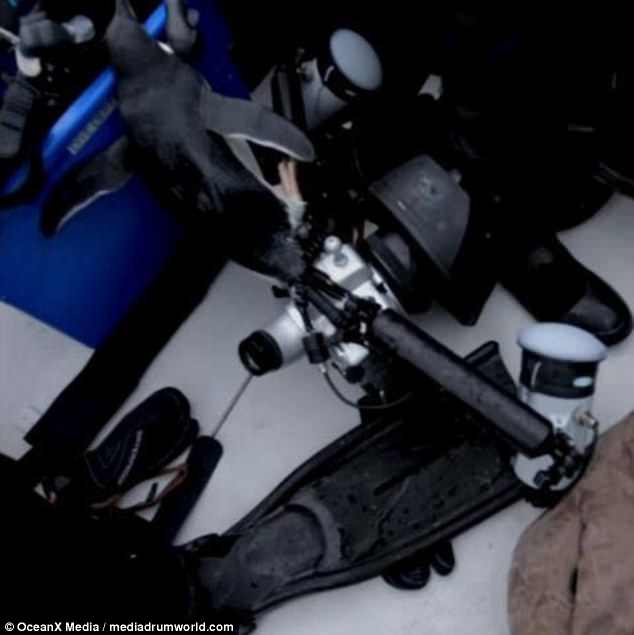 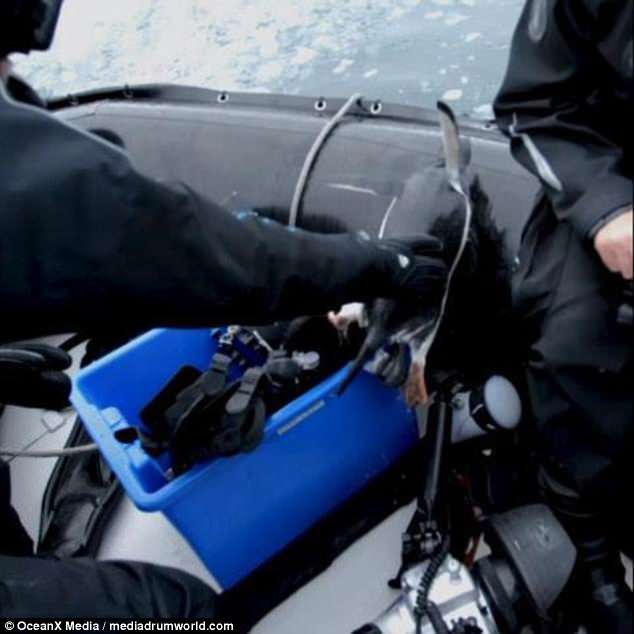 ‘It’s been really amazing to see the excitement around this video. At the end of the day, that’s our mission – to create content showcasing the wonders of the ocean and its many inhabitants so people get excited about and want to protect our oceans.’

Adélie penguins are a species common along the entire Antarctic coast, their only habitat.

They are among the most southerly distributed of all seabirds and are named after the territory of Adélie Land, which in turn is named after Adèle Dumont D’Urville, the wife of French explorer, Jules Dumont d’Urville, who discovered these penguins in 1840.

Their numbers are also soaring, with a 2014 analysis showing there are now 3.79 million breeding pairs of Adélie penguins, a 53 per cent increase from a similar census taken 20 years earlier.

Adélies are slightly smaller than most penguin species. 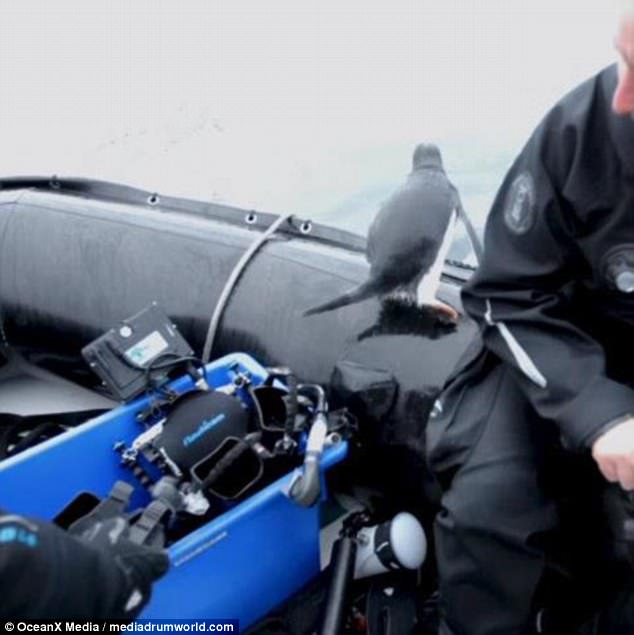 Eventually, the penguin manages to jump back into the ocean to rejoin its huge colony in the Antarctic

During their breeding season between October and February they are known to congregate in huge colonies of over half a million birds.

OceanX are a team of scientists, explorers and filmmakers driven to discover what lies beneath.

Their mission is to document the untold stories of the ocean, share them with the world, and let the wonders of our most precious ecosystem inspire people globally to connect with the ocean.

In addition to their recent 3,281ft dive and filming for the BBC, OceanX’s major milestones include capturing the first ever footage of the elusive giant squid in its deepwater home and discovering a new species of shark whilst filming in the Galapagos.

The MV Alucia is now the flagship of OceanX’s fleet and is arguably the most sophisticated ocean research vessel ever built, featuring manned subs, state-of-the-art laboratories and on-board helicopter, support boats and drones.