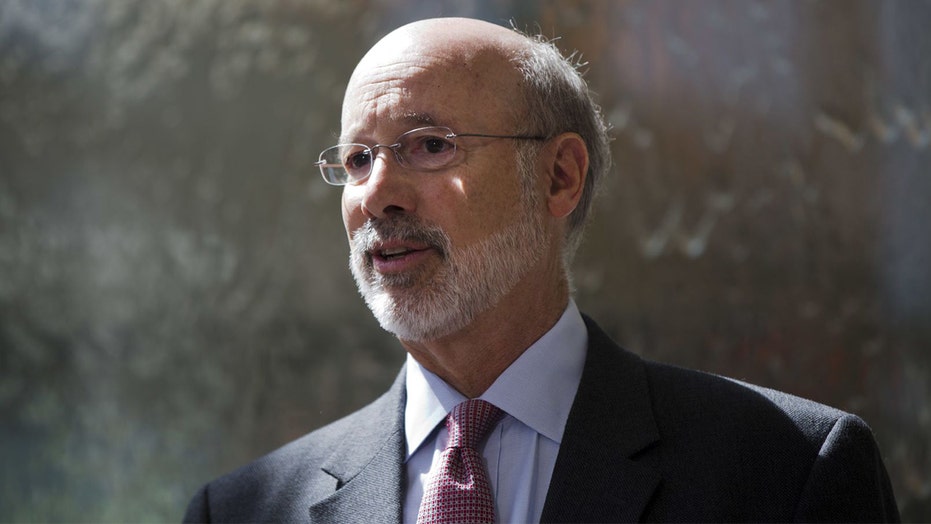 Pennsylvania Gov. Tom Wolf announced new coronavirus restrictions Wednesday after an “unsettling” climb in new COVID-19 cases in the state over the past week, he said.

“If we don’t act now, medical experts are projecting that this new surge in cases could soon eclipse the peak in April,” he wrote on Twitter.

The new restrictions reduce indoor dining facilities to 25 percent capacity, mandate remote working whenever possible, and limit gatherings to less than 25 people indoors and fewer than 250 people outdoors. Bars are allowed to open for tabletop dining but not for bar service.

Wolf said they would go into effect Thursday.

State Republican leaders were quick to criticize the move.

“The irreversible impact of his countless, confusing orders cannot be overstated,” state House Majority Leader Kerry Benninghoff said in a statement. “Gov. Wolf’s decision today will close the doors of some small businesses forever and devastate the livelihoods of so many Pennsylvanians who were just beginning to feel hopeful for the future.”

And Republican state Sen. Mike Regan, chairman of the Emergency Preparedness Committee, blasted the move as a “direct assault” on businesses already struggling from the initial shutdown.

“Unfortunately, what Gov. Wolf and the secretary of health don’t understand is that this will put many restaurants out of business for good,” he wrote on Facebook. “Rather than the governor looking at this on a county by county basis — his blanket policy is based on case counts in large cities and actions of other states, all the while allowing big box stores to continue operating with no capacity restrictions.”

Under Pennsylvania’s reopening plan before the new restrictions, restaurants were allowed to operate at 50 percent of their normal capacity.

It’s the first rollback of the state’s reopening plan since it began in May, the Patriot-News reported.

“These #COVID19 restrictions worked during the first wave in the spring, and they will work again if we all do our part,” Wolf wrote in another tweet. “Thank you to every Pennsylvanian for your continued patience and support.”

The state is also under a mandatory face-mask order and anyone who travels to another state suffering a high amount of coronavirus cases is being asked to self-quarantine for two weeks upon their return.

Pennsylvania had seen more than 94,000 confirmed coronavirus cases and nearly 7,000 deaths as of noon Wednesday, according to the state’s website. After a peak of about 2,000 new cases daily in April, the state saw nearly a thousand a day over the past few days.

gov, pennsylvania, Steps, U', Wolf
You may also like: