Pensioner couple who had been married for decades and were ‘devoted to each other’ were found dead at home after lying undiscovered for up to four weeks, inquest hears

A couple ‘devoted to one another’ who were found dead at home had laid undiscovered for up to four weeks, an inquest heard today.

Alan Mount, 78, and his wife Frances, 86, were found at their home in Hessle, East Yorkshire, on January 24 this year in ‘an advanced decomposed state’.

Concerns were first raised by hairdresser Kerry Waller, who works at Unique Salon in the town after Mrs Mount ‘uncharacteristically’ failed to show up for two appointments. 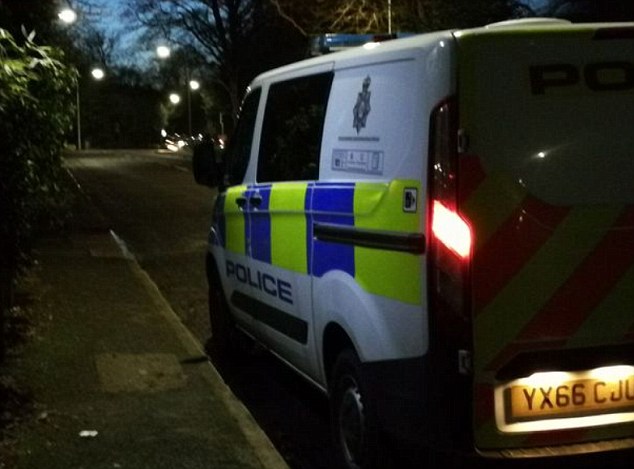 Alan Mount, 78, and his wife Frances, 86, were found at their home in Hessle, East Yorkshire, on January 24 this year in ‘an advanced decomposed state’ (Pictured: Police at the scene)

Police conducted a welfare check on the couple and observed the curtains were closed and all doors were locked, an inquest heard.

A coffee table adjacent to him had been knocked over, Hull Coroner’s Court heard.

Mrs Mount, originally from Kent, was found collapsed in an upstairs bathroom and it was observed that a landline phone cord had become entangled in a stairlift.

No medical cause of death could be determined for either Mr Mount or his wife due to decomposition and they had to be identified by dental records.

Although, police constable Sarah MacViven told an inquest the house was locked up and curtains drawn but there were no suspicious circumstances.

A full check of the central heating system was also carried out at the house but no faults were found.

Both Mr and Mrs Mount had a past medical history of hypertension, it was revealed.

Dr Justin Cooke who carried out a post-mortem on Mr Mount said he could not give a medical cause of death due to Mr Mount’s body being so badly decomposed.

Home Office Forensic Pathologist, Dr Michael Parsons, said it was unlikely trauma had been a factor in Mrs Mount’s death. There was some evidence of natural kidney disease.

He told an inquest it is pure speculation but from the evidence, he has seen it could be the case that Mr Mount collapsed suddenly due to heart disease.

Mrs Mount could have then found him and in a confused state due to dementia gone upstairs and also collapsed due to a cardiac arrest.

In a statement from Mr Mount’s brother Colin, he at first questioned if his brother had committed suicide.

Colin became executor of his brother’s will a few years ago – who he described as a ‘strong-willed, stubborn and principled man’.

HM Senior coroner Professor Paul Marks said due to the cause of death being unascertained in both cases he could only legally return an open conclusion.

He said: ‘What we can say is there was no evidence of any trauma or foul play [which caused Mr Mount’s death]. In all probability, it’s likely there is was a natural cause of death.

‘Again, despite the exhaustive attempts made by the Home Office pathologist, unable to determine the medical cause of death [for Mrs Mount].’

Mr Marks also stated it was self-evident the couple had been deceased for some time but it was extremely difficult to put a time frame on when they had both died.

However, during the inquest, in a statement read out from Sainsbury’s delivery driver Peter Rhodes’ he said his suspicions were aroused on December 27.

When delivering shopping to the couple, Mr Mount would always answer the door but on this occasion it was his wife who greeted him.

The driver said this was ‘unusual’ and described Mrs Mount as looking slightly unkempt and confused.

He recalled placing the shopping in the hallway and asked about Mrs Mount’s husband to which she replied saying he was ‘under the weather’.

The couple met at Hull University and are understood to have married in the mid-1970s at the registry office but had no children.

Mr Mount, who was born in Medway, was a well-respected lecturer during his time at Hull University before retiring aged 49.

Mrs Mount, previously a professor of linguistics, developed ‘memory problems’ in later life which close acquaintances thought was onset dementia and was cared for solely by her husband.

Speaking after the inquest, Colin said: ‘They both lived a reclusive life and could have got help.’