Warning bargain hunters are being tricked into buying illegal counterfeit cosmetics including fake Mac, Chanel and Benefit products that can cause chemical burns and skin rashes

Make-up lovers are being tricked into buying fake cosmetics that can cause chemical burns, skin rashes and internal damage.

Counterfeit Mac, Chanel and Benefit products among others have been found advertised by rogue traders in Cheshire, Lincolnshire and Nottingham.

A new report is warning that copycat make-up items sold in some areas contain mercury that can have a toxic effect on skin and eyes. 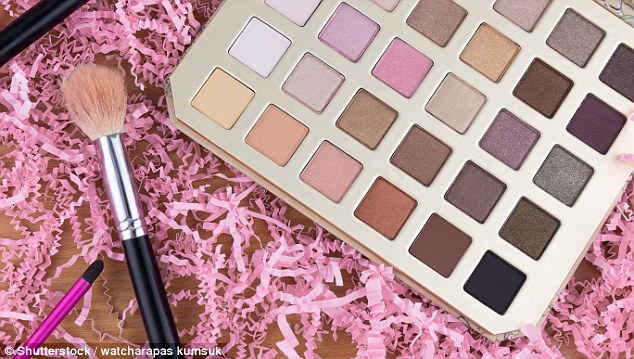 Make-up lovers are being warned that counterfeit Mac, Chanel and Benefit products among others have been found advertised by rogue traders in Cheshire, Lincolnshire and Nottingham. File image used

This toxic element can accumulate in the body and cause liver, kidney and brain damage.

The prosecution of a tanning salon owner in Cheshire who had sold more than £100,000 of fake designer goods, which included make up brands and perfume, such as MAC and Chanel.

The sales of counterfeit make up was uncovered during an investigation led by trading standard officers at Cheshire East Council.

The trading standards officers found 349 counterfeit mascaras with an eBay sales value of £1,690 and one of the women had received Paypal payment in excess of £48,000 from the sales of fake make-up.

275 fake make up products which had a street value of £2,258 seized from a property in Grimsby.

They included mascara, eye brow, lip pencils, lipsticks and concealer and were copies of well-known brands such as Benefit, Dior, Nars and MAC.

Exposure to mercury can be detrimental to people’s health, as it can have toxic effects on the nervous system, digestive and immune systems, lungs, and kidneys.

According to the NHS, at very high levels, lead poisoning can result in hallucinations, seizures, coma and even death.

After the shocking results were laid bare by ITV, the Local Government Association is warning that, as well as defrauding consumers and legitimate businesses, these products can pose serious health risks, including chemical burns and skin rashes.

Counterfeit cosmetic investigations are currently being carried out by several councils across England.

Councillor Simon Blackburn, Chair of the LGA’s Safer and Stronger Communities Board, said: ‘Counterfeit cosmetics can be dangerous as they can contain toxic chemicals and dangerous high levels of lead which can be detrimental for people’s health.

‘Fake designer products costs businesses and the taxpayer thousands of pounds each year.

‘Councils have been targeting rogue retailers selling these fake products, and the fines they have received should deter others from selling these dangerous products.

‘People should always do their research and take a pragmatic approach when they are buying make-up and cosmetics.

‘Check the reviews of online sellers, and bear in mind that if something is really cheap, it’s likely to be fake and could potentially be harmful.

‘Anyone who has purchased make up that they think is dangerous should stop using it immediately and report it to their local Trading Standards team.

‘It is vital that people report any concerns, so that councils can take action to prevent anyone being harmed or scarred for life.’ 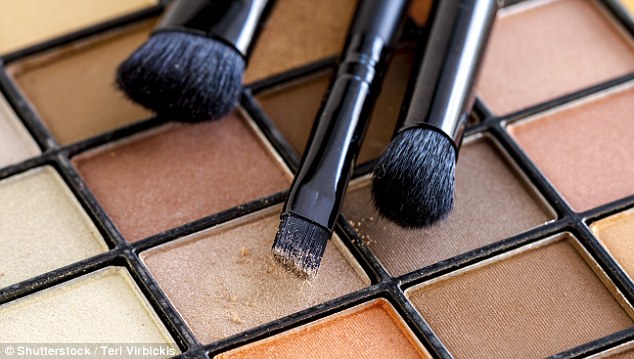 The report found copycat products sold in some areas contained mercury that can have a toxic effect on skin and eyes as well as cause seizures and hallucinations. File image used

fa, illegal, people, sold, Warning
You may also like: