LIMA (Reuters) – Peru will sign a memorandum of understanding to join China’s Belt and Road infrastructure initiative in coming days, China’s ambassador said on Wednesday, despite recent warnings from the United States about the Beijing’s rise in Latin America. 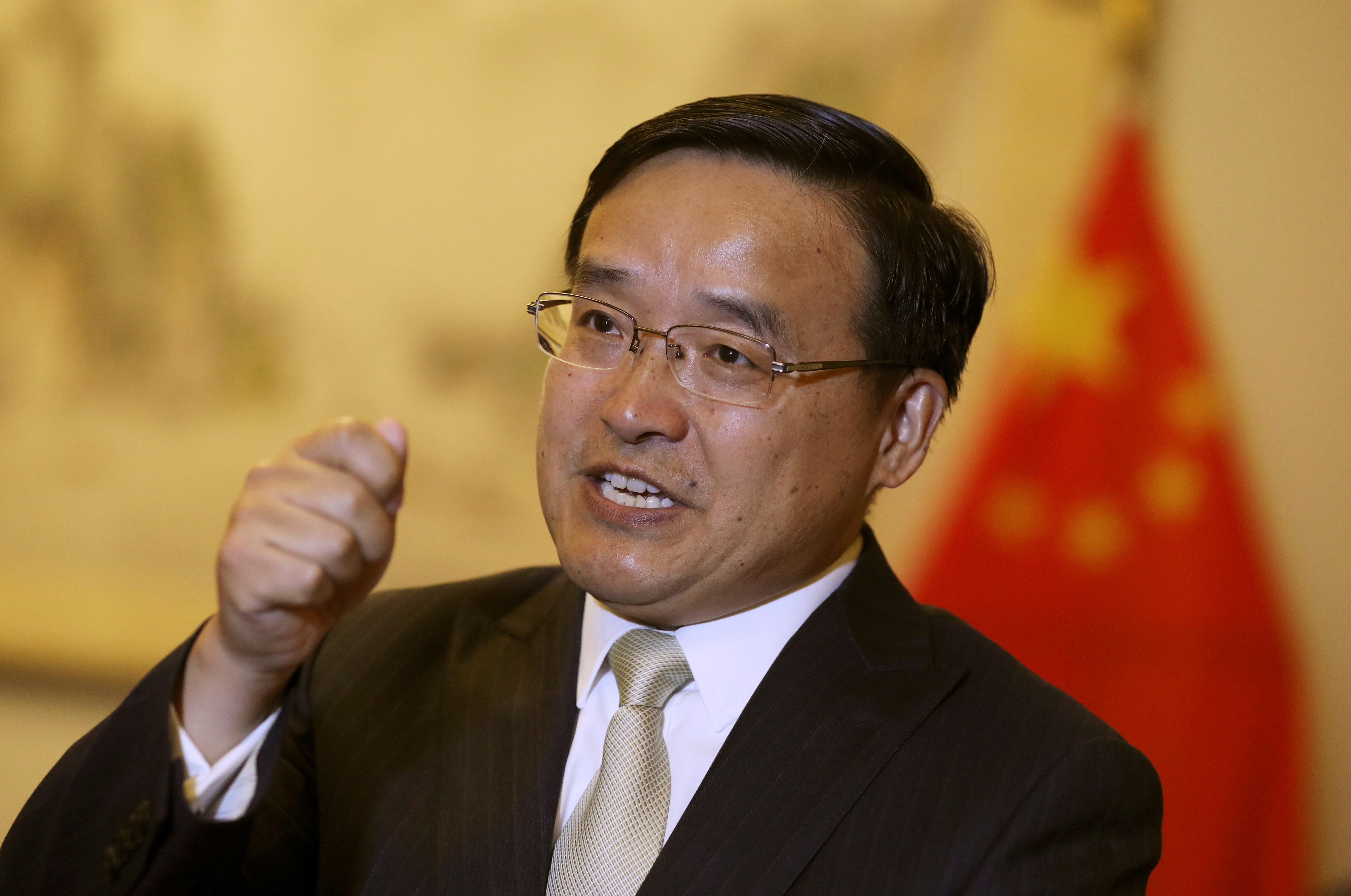 Ambassador Jia Guide made the announcement to guests at a private party in Lima alongside Peru’s vice president, as China kicked off a three-day Belt and Road summit in Beijing that Peru’s trade minister and leaders from around the world are attending.

The deal will make Peru one of a few Latin American nations to formally join the China’s flagship infrastructure policy, underscoring how countries around the world are being drawn into China’s orbit by the promise of investment and despite U.S. objections.

“Signing this memorandum of understanding is the start of a cooperation model that China has proposed to the world which…will allow us to broaden our ties,” Araoz told Reuters at the event following Jia’s announcement.

“We’ve established very strong bilateral relations with China as we have with the United States,” Araoz added.

Chinese President Xi Jinping first pitched its “One Belt, One Road” policy in 2013 as a way to expand Beijing’s links with Asia, Africa and Europe through billions of dollars in infrastructure investments.

But early last year, China invited Latin American and Caribbean countries to sign up as well, as it seeks to deepen its ties in a resource-rich region where U.S. influence is historically strong.

Chile, which like Peru is a close ally of the United States, announced in November that it was joining the initiative.

Peru’s decision to sign up as well comes within two weeks of a state visit from U.S. Secretary of State, who repeatedly warned about the risks of what he described as Chinese predatory lending on his recent four-nation tour of South America.

China’s finance minister said at the start of the summit that Beijing aims to make the Belt and Road initiative sustainable and prevent debt risks, seeking to allay criticism that its infrastructure plan fuels indebtedness in participant countries and lacks transparency.

China overtook the United States as Peru’s largest trade partner years ago, thanks largely to its imports of copper and other minerals from the South American country. Chinese investments in Peru remain focused on mining, but have broadened to include infrastructure in recent years.

America, china, peru, SILKROAD, Us
You may also like: