THE Pfizer Covid-19 vaccine gives immunity seven days after the second dose is given, an expert has revealed.

It means the jab – given the green-light for roll-out today – will start protecting Briton from catching the coronavirus by the end of this year. 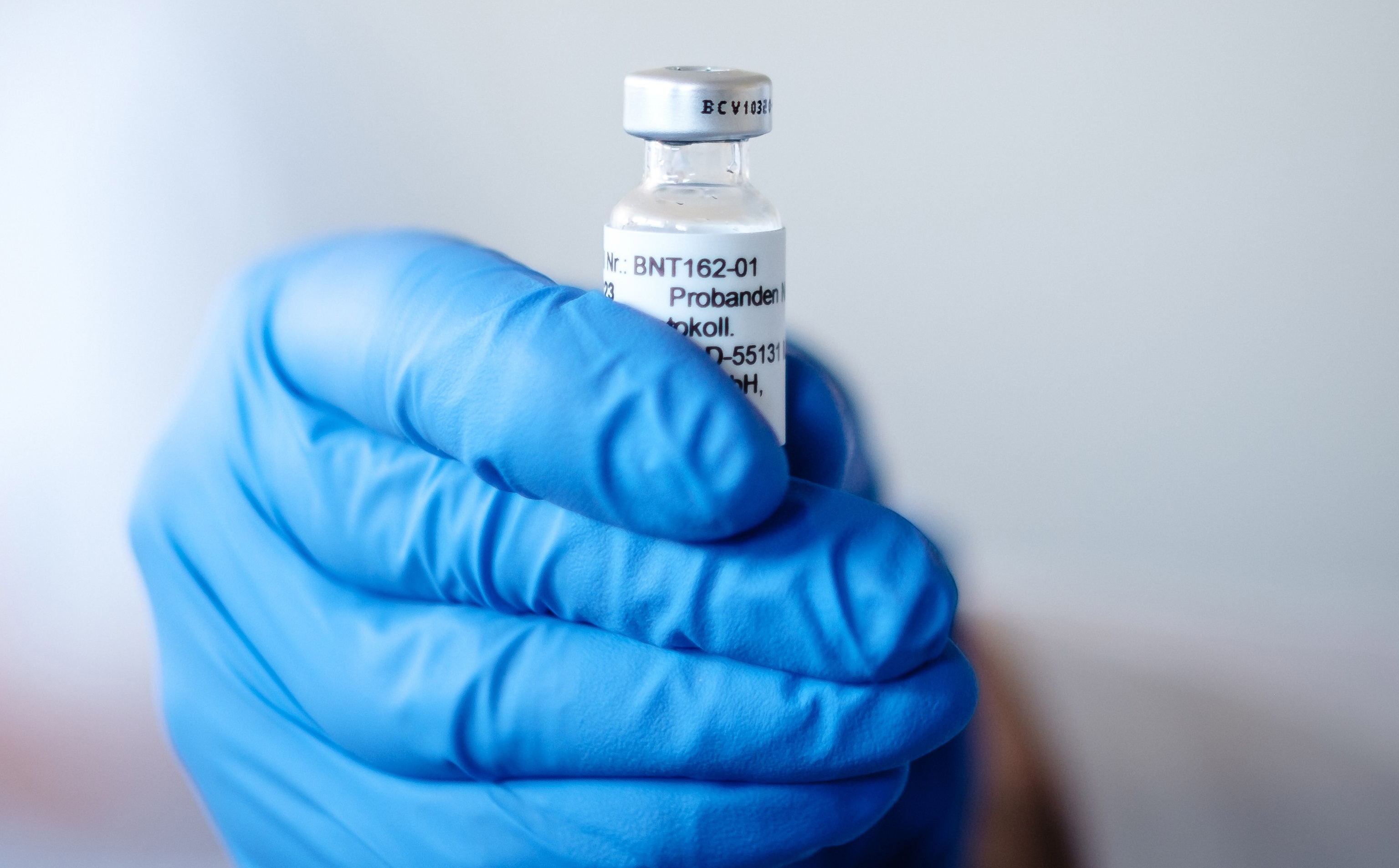 Two doses are needed per person in order for the jab to work the most effectively. They are given 21 days apart.

People given the vaccine would become immune seven days after the second dose, although there would be partial protection 12 days after the first dose, according to Professor Sir Munir Pirmohamed.

Prof Sir Munir Pirmohamed is chair of the Commission on Human Medicines (CHM) working group on Covid-19 vaccines, an independent advisory group that reports to the Government.

Speaking at the Downing Street briefing this morning, he said adoption of the Pfizer vaccine will provide “overwhelming benefit”.

The independent regulators had been given “unprecedented access” to the raw data, including clinical trials and manufacturing processes.

“From this we can come to the conclusion that there is overwhelming benefit for this particular vaccine and therefore recommended to the MHRA that its use should be authorised,” he told theNo 10 briefing.

“The data showed that this vaccine is 95 per cent effective.

"It is effective within all the groups who were given the vaccine in the trial irrespective of age, sex, race or country they lived in.”

He said safety was similar to other vaccines and that any side effects were usually mild and lasted only a few days.

The global trials of the jab, involving 43,500 people, found some people had a mild fever or fatigue after vaccination.

Some likened the side effects to a 'severe hangover', according to The Independent.

No serious side effects were reported, but Pfizer will continue to monitor this as millions more are given the jab.

Breakthrough as Pfizer jab given green-light

Pfizer's jab has been backed by independent regulator the Medicines and Healthcare Products Regulatory Agency (MHRA), it was announced this morning.

The Health Secretary Matt Hancock tweeted: “Help is on its way.

“The MHRA has formally authorised the Pfizer/BioNTech vaccine for Covid-19.

“The NHS stands ready to start vaccinating early next week.”

The news means that millions of Brits will soon receive it – in line with the Government's pledge to get the most vulnerable as soon as possible.

Care home residents, health and care staff, those over 80 years old and the extremely vulnerable will be among the first to receive the jab.

The initial 800,000 doses, covering 400,000 people, will be available from next week after final checks at the manufacturing warehouse in Belgium today.

How does the Pfizer vaccine work?

How does the vaccine work?

The jab is known as a messenger RNA (mRNA) vaccine.

Conventional vaccines are produced using weakened forms of the virus, but mRNAs use only the virus’s genetic code.

An mRNA vaccine is injected into the body where it enters cells and tells them to create antigens.

These antigens are recognised by the immune system and prepare it to fight coronavirus.

How effective and safe is it?

The Pfizer/BioNtech vaccine can prevent 95 per cent of people from getting Covid-19, including 94 per cent in older age group.

The vaccine has been tested on 43,500 people in six countries and no safety concerns were raised.

All vaccines undergo rigorous testing and have oversight from experienced regulators.

Some believe mRNA vaccines are safer for the patient as they do not rely on any element of the virus being injected into the body.

Pfizer will continue to collect safety and long-term outcomes data from participants for two years.

How quickly can it be made and distributed?

No actual virus is needed to create an mRNA vaccine. This means the rate at which it can be produced is dramatically accelerated.

mRNA vaccines are also cheaper to produce than traditional vaccines, although both will play an important role in tackling Covid-19.

One downside to mRNA vaccines is that they need to be stored at ultra-cold temperatures and cannot be transported easily.

Mr Hancock said on BBC Radio 4's Today programme this morning: "I'm just absolutely thrilled. The UK is the first country in the world to have a clinically authorised vaccine for Covid-19.

"We are expecting a matter of millions of doses for the whole of the UK by the end of this year."

He said also said on BBC Breakfast this morning: "From Easter onwards, things are going to be better and we’re going to have a summer next year that everybody can enjoy."

Confirming that hundreds of thousands of people will get the vaccination from next week, he said the speed at which we go will be determined by how quickly Pfizer can manufacture in Belgium.

"We'll then deploy at the speed that it's manufactured," he said.

"What we do know is that we can get started next week with that first load and then several millions will be coming throughout December."

The Government ordered a total of 40 million doses – with 10 million expected by the end of 2020 to cover five million people, it has been reported.

But Mr Hancock today refused to put a number on how many will arrive by the end of the year.

Because patients need two doses, not enough shots have yet been secured for the entire UK population.

It's also not clear how long immunisation lasts, with the possibility of booster jabs needed. This will be studied over time.

The green light from the MHRA means that Britain will be ahead of the US in receiving the jab even though it was developed using US government funding.

When can you get one?

Mr Hancock said vaccination "will start small and ramp up".

"The vast majority of vaccines we expect to be in the new year", he said.

A priority list was drawn up by the Joint Committee on Vaccination and Immunisation (JCVI).

It's based on who most needs the vaccination due to their risk of death or spreading the virus.

Care home residents, workers and NHS workers will be first in the queue.

The jab will then be rolled out by age, and also to those deemed clinically extremely vulnerable, including people with obesity.

COVID-, gives, Imm, pfizer, vaccine
You may also like: