Pictured: One-year-old toddler found near body of mother who starved

My ‘miracle’ boy: One-year-old toddler found near body of Ugandan refugee mother, 34, who starved to death in Glasgow flat is seen for first time – as father, 30, tells how son ‘was so weak he couldn’t stand’

The partner of an asylum seeking mother found dead with her starving 16-month-old daughter has told how it was a ‘miracle’ the baby survived.

Mercy Baguma, 34, was found dead with her baby Adriel beside her after her partner Eric Nnanna, 30, had gone to the flat but got no response and heard the baby crying.

Mr Nnanna called police who made the tragic discovery in Govan, Glasgow, on August 22, with Adriel so weak from starvation he was unable to stand up in his cot.

He had been round two days before and knocked for an hour but got no answer, and wondered if Ms Baguma might have moved, as she had been expecting to do.

The couple, who had been together for three years, had lived together at the start of the lockdown, and enjoyed spending time together as a family. 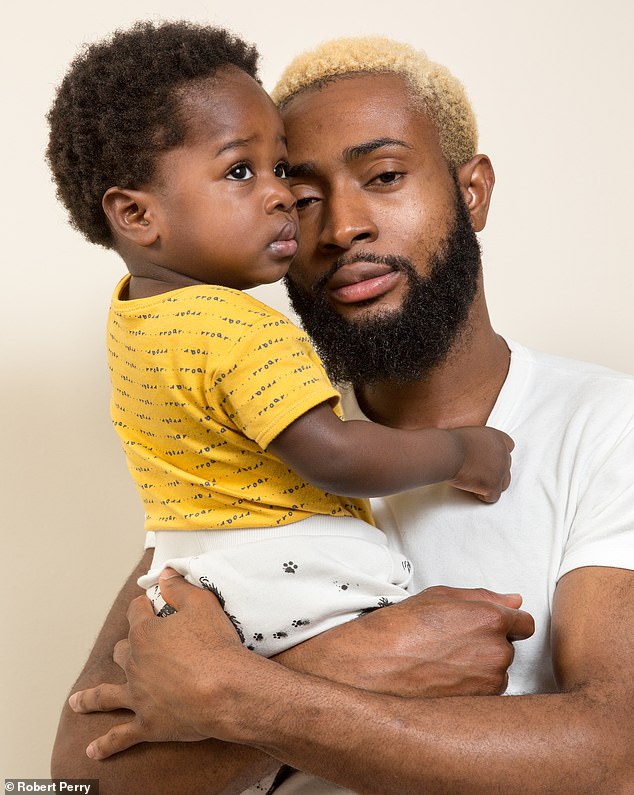 Eric Nnanna, 30, with his son Adriel, who was found dead with his partner Mercy Baguma 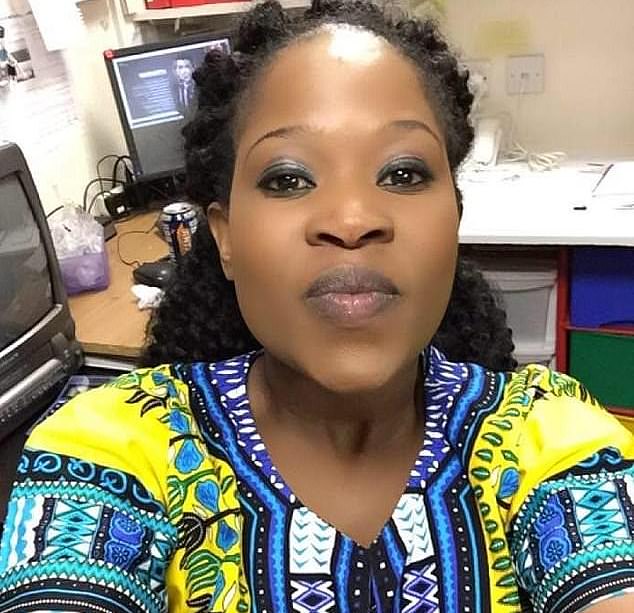 Mercy Baguma, 34, was found dead with her baby Adriel beside her in Govan, Glasgow

Ms Baguma, originally from Uganda, was unable to work due to her asylum situation but had been volunteering in a charity shop and wanted to join Police Scotland.

Mr Nnanna said: ‘When they opened the door they said I shouldn’t come into the flat. They said they saw Mercy’s body lying in her hallway and Adriel was in his cot.

‘He was found there by them. Adriel… when my mind takes me back there I cry. I don’t know how to express that.

‘Because they obviously imagine that she died on the Tuesday night, so Adriel didn’t have food or water or anything from that Tuesday night until that Saturday morning when he was found.

‘There was no strength. When I held him I was feeling his spine, his bones and then his nappy, the babygrow that he was wearing was all stained with blood. 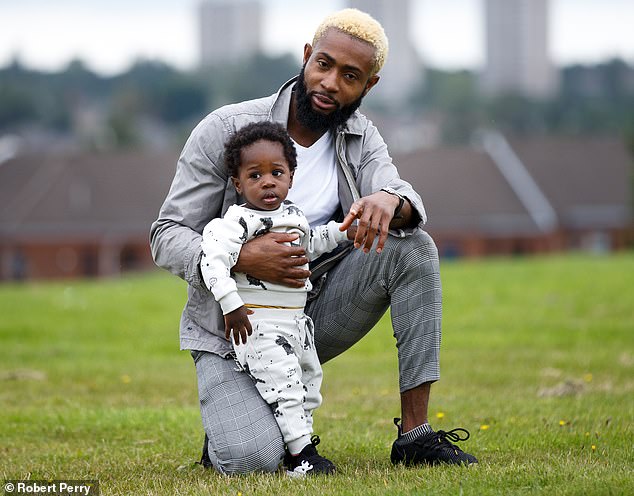 Money was tight for the couple due to their immigration status, but they made baby food for Adriel (pictured with Mr Nnanna) from scratch

‘It was something that I just can’t imagine. He couldn’t even stand. Adriel when he sees me he is always shouting ‘Daddy, daddy, daddy’ and I would go and carry him and lift him up.

‘But he couldn’t even recognise me. It is a miracle he survived. I don’t know where he got the strength from, to cry, because he had been there for so many days.’

Money was tight for the couple due to their immigration status, but they made baby food for Adriel from scratch.

Mr Nnanna was receiving a payment of only £35 a week from the government,  and the family was supported by charities and their church. 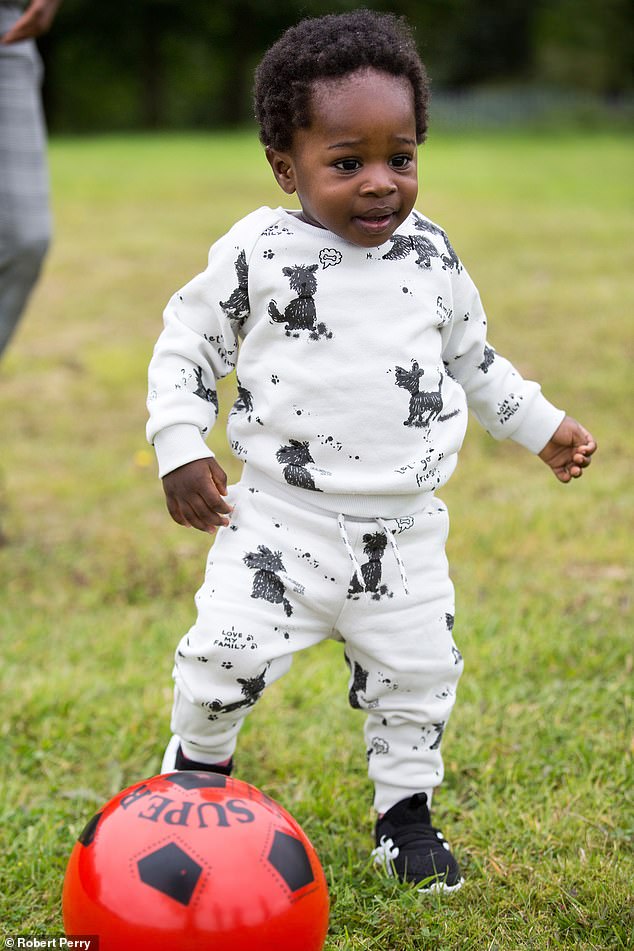 ‘Asylum seekers and refugees do not get a lot of support from the government but there are charities that help.

‘To say that Mercy died of starvation or hunger is wrong – there were people there to help.’

He also recalled the moment he set eyes on his girlfriend, in a phone repair shop in 2017.

He had come to the UK from Nigeria in 2008 to study at Aberdeen University and also has an master’s degree in petroleum engineering from there.

Mr Nnanna said: ‘When I saw her she was looking all beautiful and charming so we got talking. Then we exchanged Facebook contacts and started chatting online before we met. I loved her personality. She was calm, so charming and lovely.’ 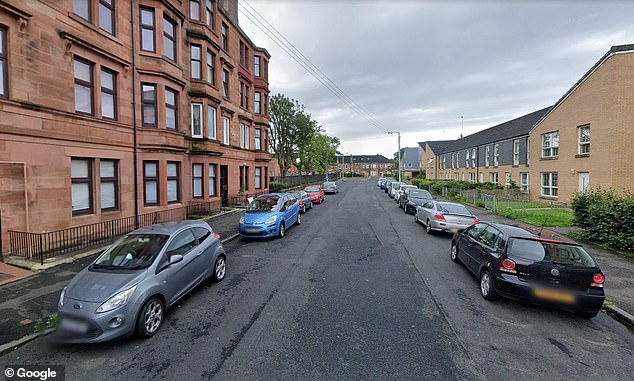 Mr Nnanna called police who made the tragic discovery in Govan, Glasgow, on August 22

Adriel was born in the Queen Elizabeth University Hospital in Glasgow, and was named after a man in the Bible whose name is said to be mean ‘God’s Helper’.

‘At night I would stay awake and look after him while she sleeps, then during the day I would try to catch some rest and she looked after him.

‘It was all us but I loved it, I really loved it. During lockdown it was financially a struggle but as a family it was really nice.’

Mr Nnanna is still reeling from the shock of losing his girlfriend, and says their little boy needs constant reassurance and attention following his harrowing ordeal. 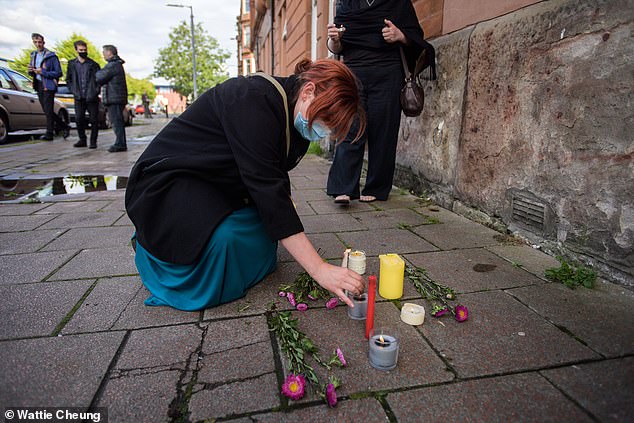 Candels a lit during a vigil for Ms Baguma on August 26, four days after her death in Glasgow

The father said: ‘For those few days when he was in that flat he would have felt abandoned, that there was no one there for him.

‘So he needs time to be reassured that his daddy is there and promises him he will never go.

‘Right now he doesn’t let me go out of his sight, he follows me everywhere, he needs that attention. He needs reassurance and lots and lots of love.

A spokesman for the Home Office said: ‘We will be conducting a full investigation into Ms Baguma’s case.’