Sixteen fishermen feared dead after pirates make them jump overboard in echoes of ‘walking the plank’: Victims weighted and beaten with machetes to force them into the sea

Sixteen fishermen are missing and feared dead after pirates raided their boats and forced them to jump overboard off the coast of Suriname.

Four boats were attacked by pirates just off the Atlantic coast of the South American country, with all 20 crewmembers beaten with machetes and forced into the sea.

Four fishermen managed to swim to shore and told told police and the Coast Guard  of their horrifying ordeal, authorities said Monday. 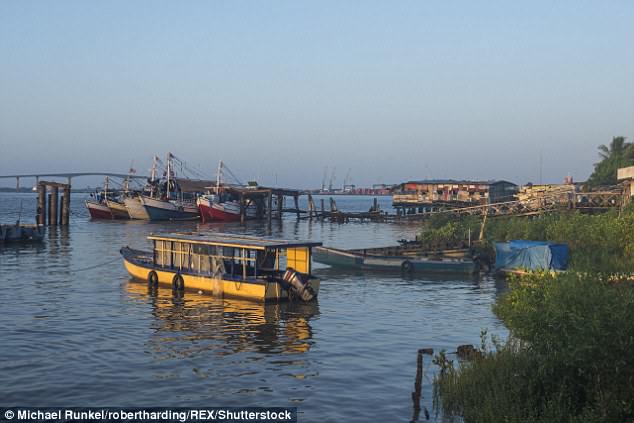 Attack: Four fishermen’s boats were attacked by pirates just off the coast of Suriname in South America, with all 20 crew beaten with machetes and forced into the sea (stock image)

The survivors, three of whom remain in hospital, said the assailants also tied batteries to some of the victims’ legs to weigh them down.

Police officials say the survivors believe the attackers had come from neighboring Guyana because of their accents.

Coast Guard and police vessels, along with members of the Fisheries Collective Association, have searched for the missing 16 men and the pirates since the attack late Friday.

‘We are still searching the area with family members of the fishermen, hoping for a miracle,’ said Mark Lall, president of the Fisheries Collective Association. 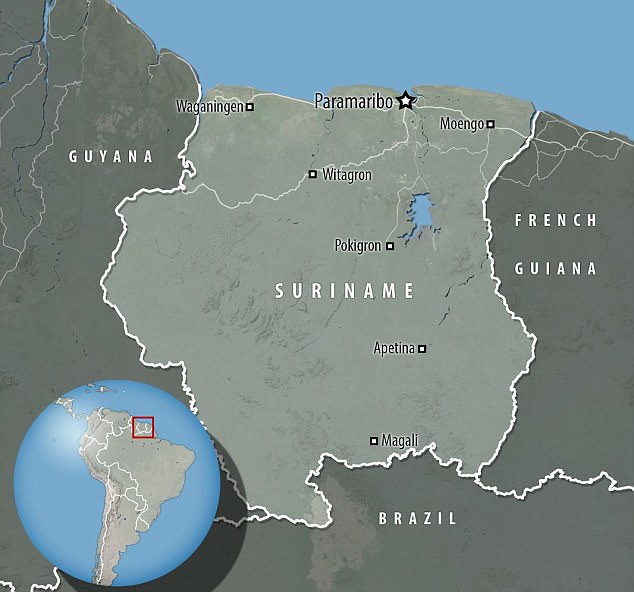 Four fishermen who were attacked off the coast of Suriname, managed to swim to shore and told told police and the Coast Guard of their horrifying ordeal

Small-scale piracy has long been a fact of life along the largely undeveloped coasts of Suriname and Guyana, which lie on the northeastern shoulder of South America. But this level of violence is rare.

Lall said a captain of a Surinamese vessel was killed by pirates in February when he put up resistance during a robbery.

He called on the government to increase maritime police and Coast Guard patrols and said local fishermen have been too fearful to go out to sea to work since Friday’s attack.

‘In the past, they used to get away with the catch or with the boat’s engine,’ Lall said.