A PIZZA Hut delivery driver who chased down and killed a pedestrian whose friend broke his car's wing mirror has been jailed for 14 years.

Dad-of-one Uran Nabiev, 63, was at home drinking vodka when he saw his parked Toyota Prius being damaged by Jake Kemp, 26, and his friend John Ambler, 33, in Erith, South East London on October 28. 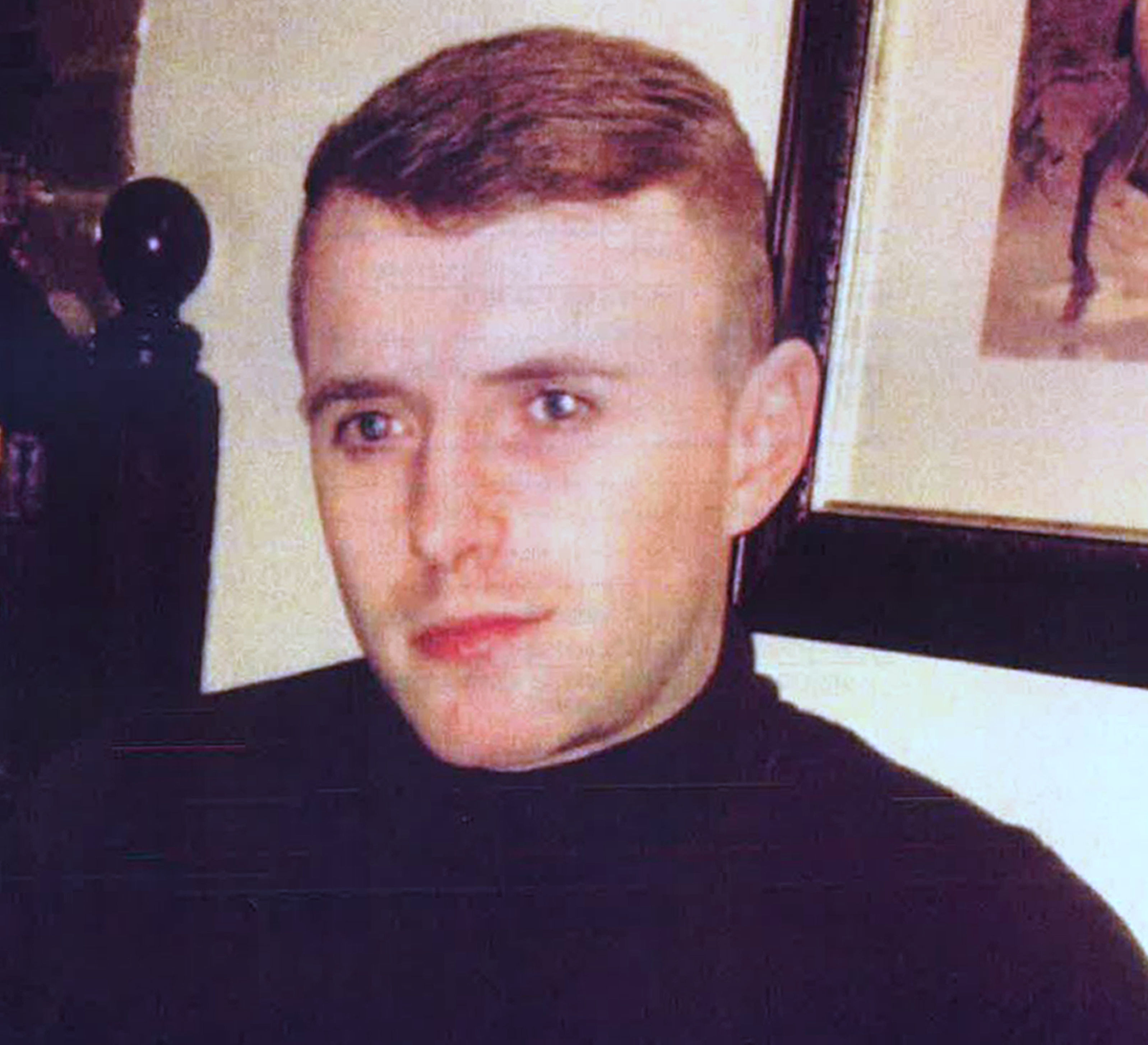 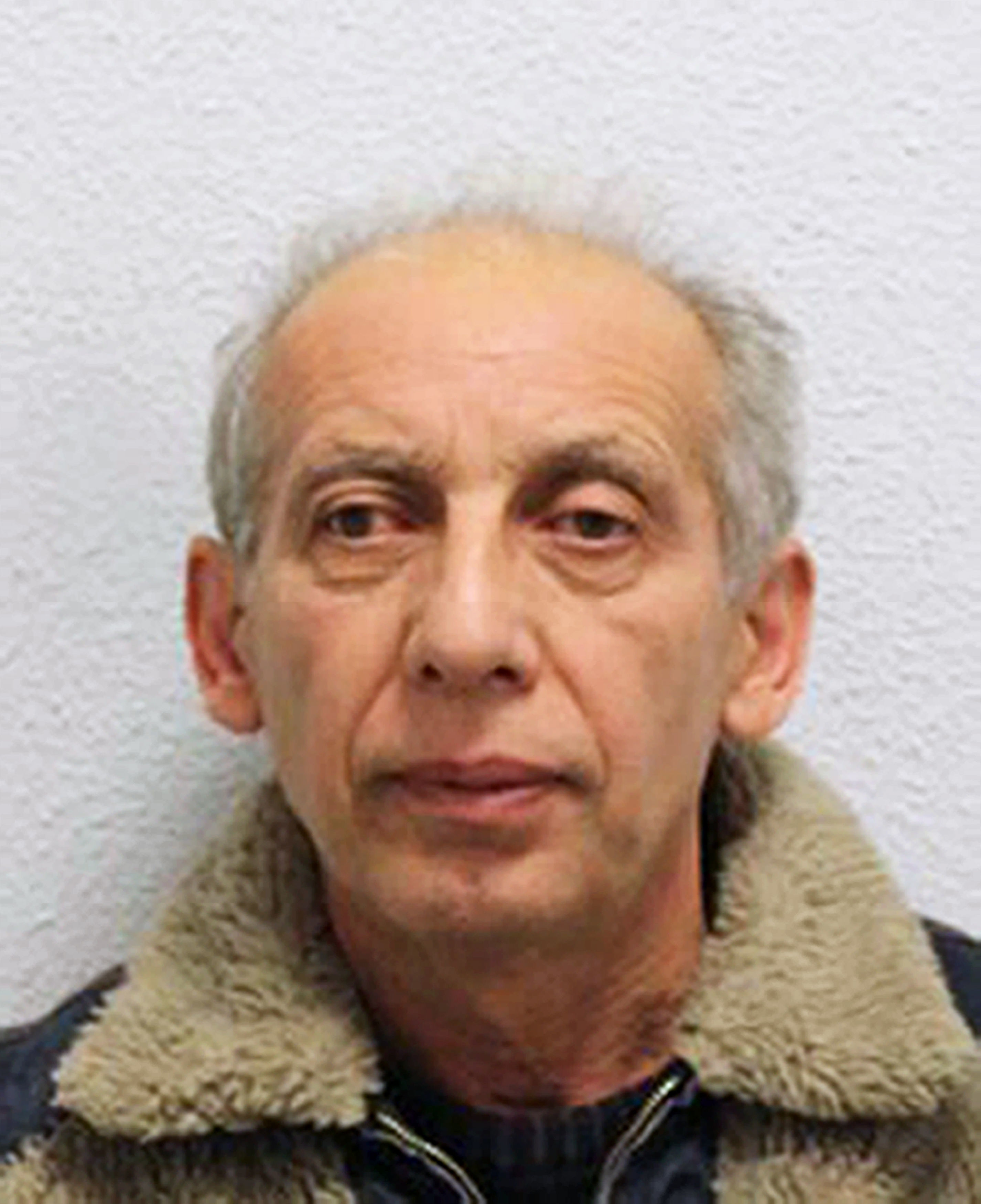 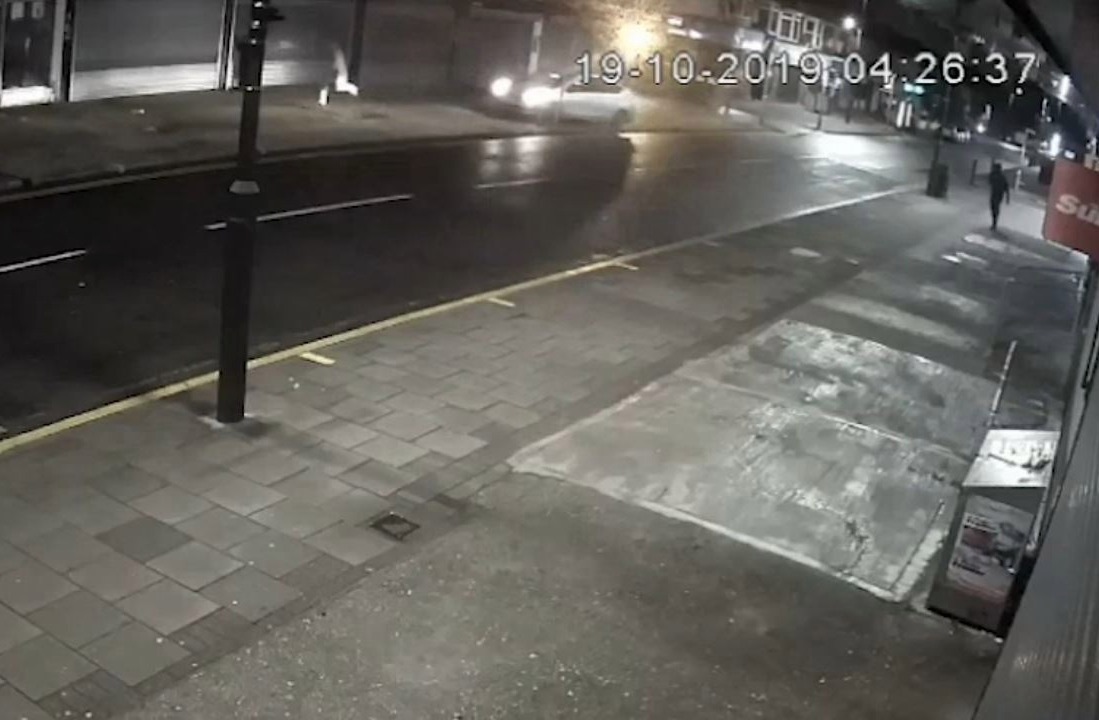 Mr Ambler punched the car's wing mirror in what he later said was an act of "drunken stupidity".

Nabiev then got into his car and mowed the pair down- dragging Mr Kemp for about 30ft along the pavement while he was trapped underneath.

An unconscious Mr Kemp was found lying face down in a pool of blood and was rushed to hospital – but he had suffered a traumatic brain injury and died three days later.

But he had sustained a traumatic brain injury and was pronounced dead three days later. Mr Ambler suffered a dislocated shoulder.

The night of the attack, Mr Kemp and Mr Ambler had been drinking in a nearby pub.

When they both left the boozer shortly before midnight, the men went to a nearby garage, bought more beer, and made their way to a friend's house.

They left the house about 4.30am and were walking when Mr Ambler punched Nabiev's car.

Both men carried on walking, but they did not know the owner of the car, Nabiev, was awake in his home and saw the vehicle being damaged.

Nabiev got in his car and caught up with them, driving on the pavement towards the two friends, firstly smashing into Mr Ambler who hit the bonnet and was knocked to the ground.

Mr Kemp ran to the other side of the road but was chased down by Nabiev who did a U-turn and sped down the pavement towards him.

When he stumbled and fell, Nabiev drove over him, dragging his body under his car, and then drove off leaving his victim lying on the ground.

After running over the two men, Nabiev went to a friend's house and was "shaking, panicking and slurring his words", a court heard.

He later took a train and a taxi to Heathrow Airport and left on a flight back to his native country of Azerbaijan. Police said the flight was booked that same day, about five hours after the attack.

Confronting CCTV footage showed the attack in full and cops went to his home nearby to examine his Toyota Prius, which had a missing driver's side mirror and windscreen wiper as well as signs of minor damage.

When Nabiev returned to Britain on November 10 he was arrested at Luton Airport on suspicion of murder.

During an interview with detectives, Nabiev gave a prepared statement saying he "did not intend in any way to cause the death of Jake and/or attempt the killing of any other person".

He claimed it was an accident but the vehicle's brakes and steering were all found to be working correctly, the Met said.

Nabiev was found guilty of manslaughter and actual bodily harm and was sentenced on Tuesday to 14 years in prison, and he will be disqualified from driving for five years once he is released.

He was cleared of more serious charges of murder and attempted murder.

Judge Richard Marks QC rejected Nabiev's claim that he only meant to "scare" the young men.

He said: "This was a grotesque and wholly unwarranted overreaction to minor damage having been caused to your vehicle.

"This was, in any view, a truly horrific incident."

He told the defendant that the account he gave to jurors showed he had "no remorse at all" for what he did.

After the conviction, Mr Kemp's devastated family said in a statement: "Our son died in a hit and run. As a family we would like to thank our friends, community and the police for their continued support.

"We reserve special thanks for our QC, the CPS and the witness service staff at the court. Also all the witnesses who gave evidence at the trial in difficult circumstances.

"We would give anything to have Jake back, he will continue to live in our hearts and will live on in many other lives."

In a victim impact statement, Mr Kemp was described by his father as a "bundle of mischief" who was never malicious, unkind or deliberately mean.

Maurice Kemp said: "Since Jake's death, we as a family have had to persevere through extreme adversity despite being overwhelmed with sadness."

The dad-of-five said the family had agreed to donate his son's organs.

"Jake was young and healthy, he had a big heart," he said. "We were grateful Jake was able to give the gift of life to others.

"Jake helped so many people improve the quality of their lives, it was Jake's final act of generosity."

Detective Inspector Jason Fitzpatrick, the officer in the case, said Mr Kemp should not have lost his life "over such a trivial matter".

He said: "Jake had done nothing wrong that night, he just happened to be with a friend who did a stupid act. "It seems incredible that a young man should lose his life, and his family left devastated, over such a trivial matter.

"Nabiev will now face the consequences of that night's terrible actions. I hope this result gives Jake's family some closure, they continue to be in our thoughts." 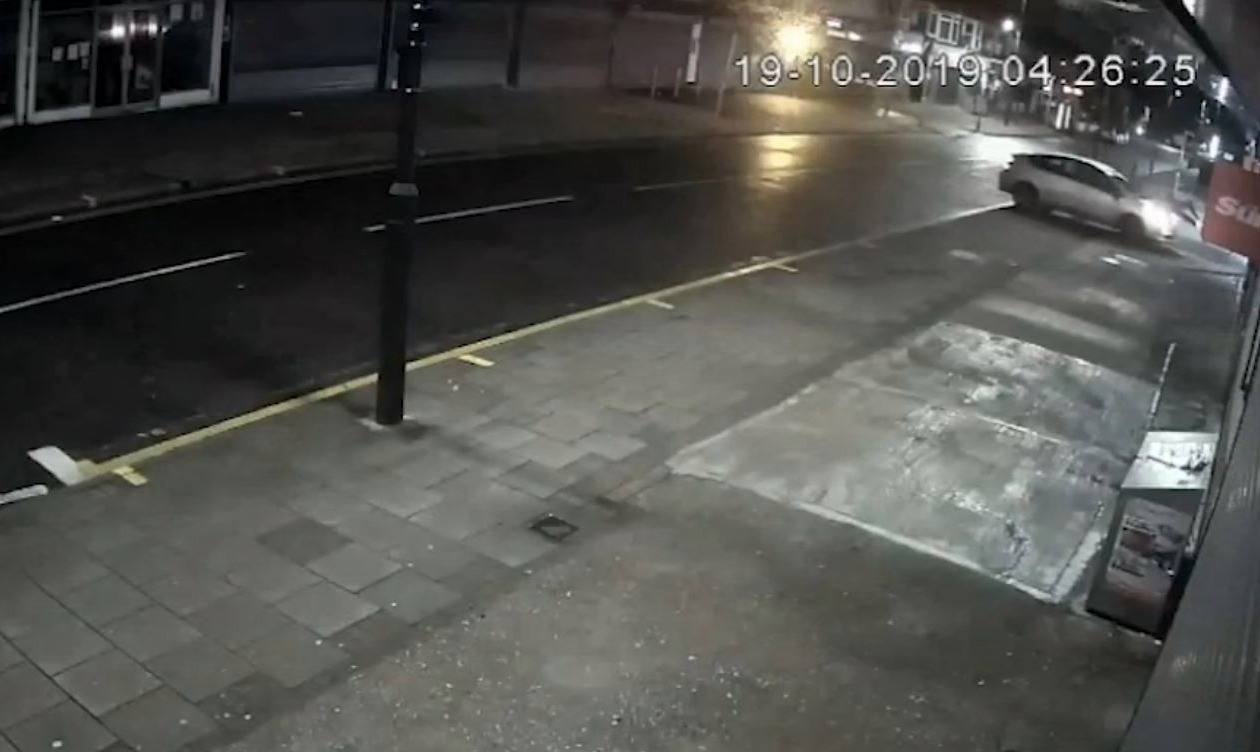 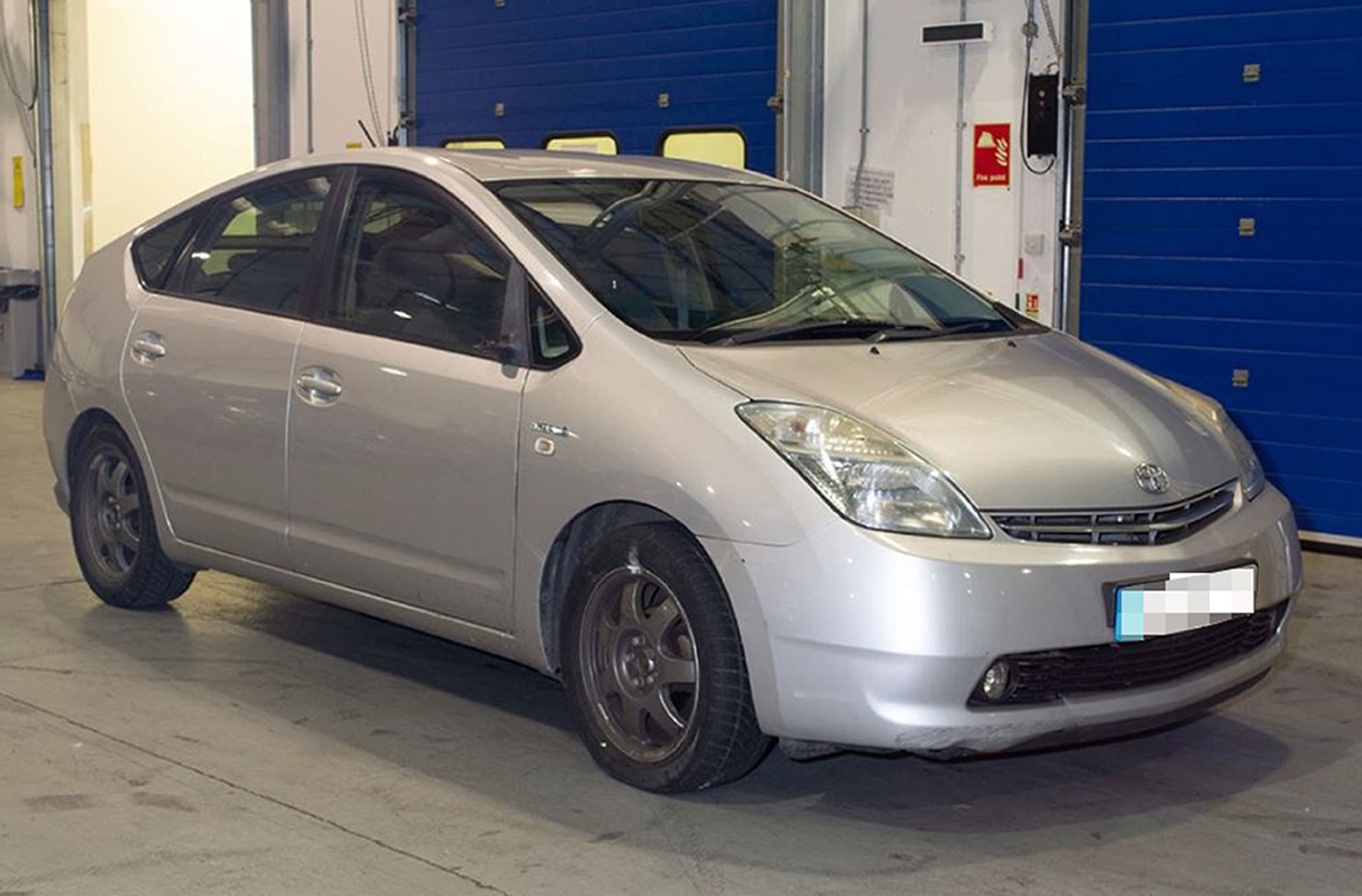 delivery, driver, hut, mowe, pizza
You may also like: