The victim, a man in his 40s, started driving erratically and hit a couple of cars as he careened towards the hard shoulder of the M25. 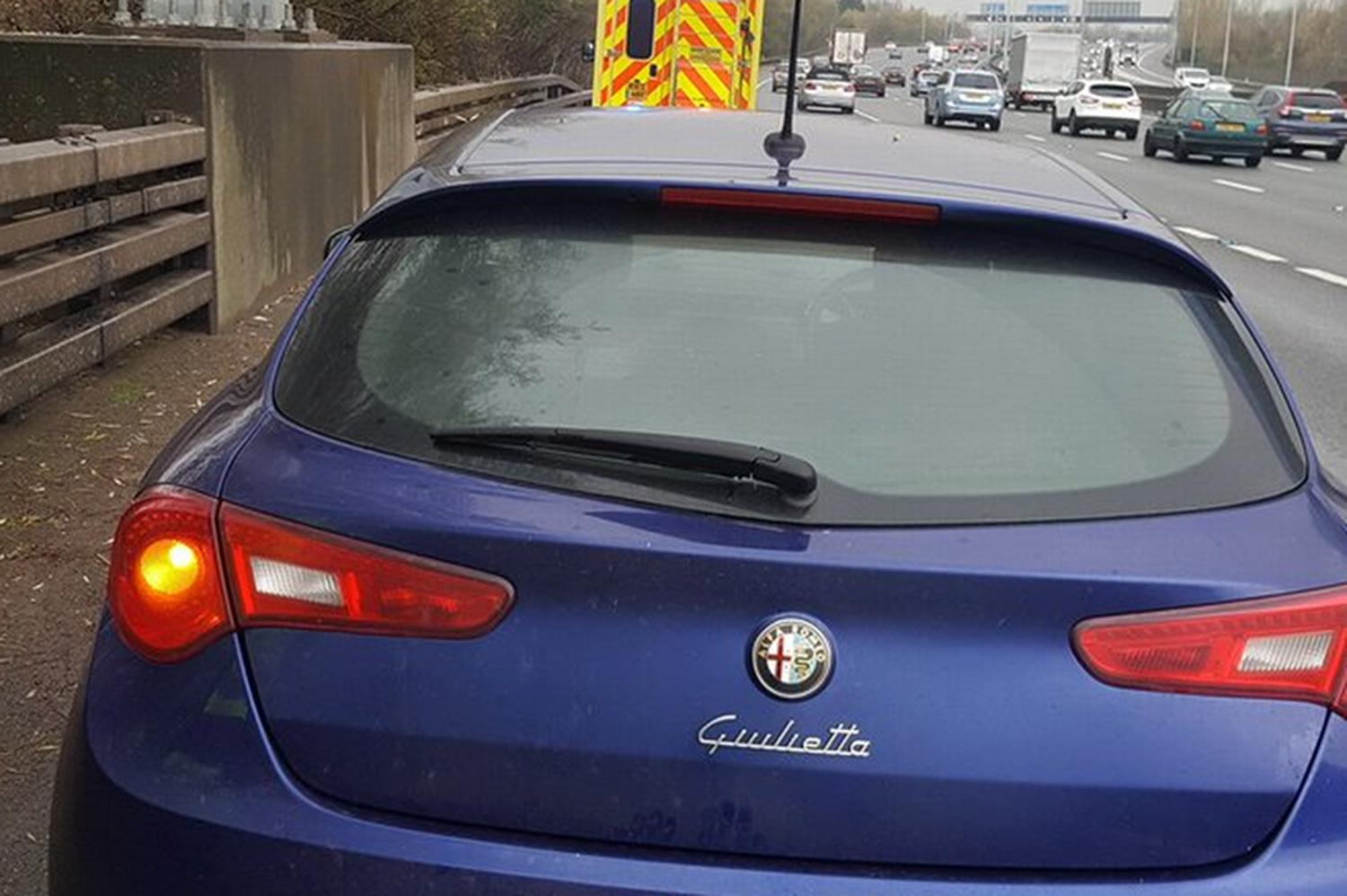 Surrey Police initially received reports that the man was "drunk and hitting other vehicles" in his blue Alfa Romeo just after 10am on Saturday.

After crashing into the hard shoulder, other drivers restrained him before a passing motorcyclist, who had not been involved in the incident, punched him and drove off.

It wasn't until emergency services arrived at the scene between J14 and J13 near Heathrow that they realised he "was actually having a stroke.

No other drivers were injured during the incident.

The victim was taken to St Peter's Hospital by ambulance who confirmed the man was having what they believed was a stroke, but have not released updates to his condition.

A Surrey Police spokesperson said: "It came in to us as a drink driver.

"A number of other motorists also pulled over and tried to detain the driver who was later found to be having a medical episode by paramedics.

"It was a motorcyclist who assaulted the man with a punch.

"The driver of the motorcycle wasn't involved in any collision.

"The motorcyclist then quickly left the scene."

Furious social media users described the incident as "outrageous" and that the man could have been killed.

One said: "This actually made me shed a tear.

"Why do humans have so much hate for each other?

"The poor driver must have been so scared for their own life in the first place.

"Only to find when they finally managed to come to a stop, hopeful for some medical assistance or support, they were assaulted and 'detained'.

"Whoever was involved, I hope you're proud and nothing similar ever happens to you or your loved ones."

Another concerned member of the public added: "What a terrible society lead by anger and impatience – people too ready to hurl abuse or get violent at the slightest upset rather than think, assess and talk. Poor man. Speedy recovery."

A third wrote: "Poor man hope they are all done for this, the beating could so easily have killed him."

hunt, motorcyclist, P, police, Who
You may also like: